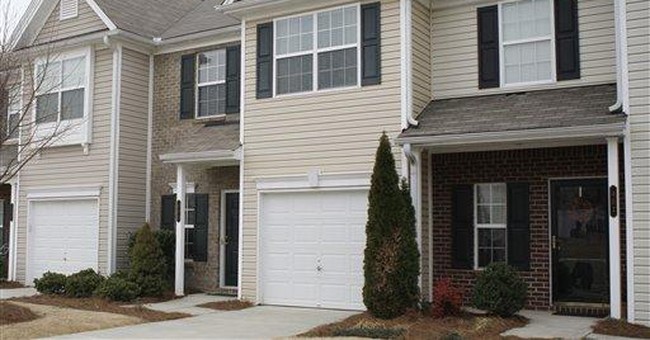 Julia is a fairly typical 16-year-old girl: she is crazy about boys, concerned about being fashionable, doesn't appreciate homework, loves pizza - and she "cuts".

For those who aren't familiar with the term - and whose imaginations might be thinking the worst about what it means to "cut" - I'm afraid I only have very sad news: "cutting" means you take a knife or razor and use it to actually dig into your own flesh.

This barbaric practice is common among today's precious teen women. Some school counselors estimate that the majority of middle and high school aged girls have engaged in such self-mutilation.

When I first heard about the bizarre behavior I must admit that I assumed it was rare, only done by a few girls with severe mental issues who dress in black Goth clothes accented by equally black eye shadow and studded lips. Yes, many of these girls who appear to be troubled do cut - but so do many of the young women who look like "the girl next door".

Why on earth do our little girls maim themselves? Much of it comes as a result of the hardness that often follows a severely broken heart. Some have grown so numb to the onslaught of abuse and emotional pain that they inflict intense physical pain on their bodies and watch their own blood flow to simply remind themselves that they are alive. Others do it in order to build their immunity to pain in general - they have to find a way to distract themselves from the ever-growing, gut-wrenching emotional trauma over their broken families.

Author Jane Alison's essay published in the New York Times on March 1, 2009, adapted from her forth-coming memoir, "The Sisters Antipodes" due out this month, is a heart-wrenching account of the tragic consequences of divorce on children. She reflects on her own struggles to cope with the fact that her dad left not just his wife, but his own daughters to marry another woman. She explained her and her sister's desperate efforts to cope with the abandonment, "....we tried to make ourselves valuable - writing, dreaming, trying to earn our own father's love. Or, as we tried to feel nothing at all, through drinking, cutting, men and sex."

Divorce is not at the root of all the reasons for self-mutilation. Abuse, a fear of failure, low and low self-image are also contributors. But what cutters have in common is a spirit of brokenness. When I asked my daughter if she knows anyone who cuts, to my horror she replied, "Yes. A lot of people." As she started naming names I realized that nearly all of them are from broken homes. When she asked her classmate, Julia, why she rips into her own arm with a knife, the girl replied, "I don't know - I just do it when I'm sad." A by-product of divorce, it appears by the number of scars on her arms that Julia is sad quite frequently.

Recently I met two wonderful women - Nancy Alcorn and Christy Singleton - who offer real help to girls who are suffering so deeply from abuse and brokenness that they start abusing themselves. Mercy Ministries (www.MercyMinistries.org) serves young women through a free six-month long residential counseling program. They bring both hope and life change to young women who have "life controlling issues such as eating disorders, self-harm, unplanned pregnancy, sexual abuse, addictions and depression." The girls receive biblically based counseling, learn life skills such as setting boundaries, budgeting, and preparation for parenting if they are pregnant. They also take nutrition and fitness education classes. But most of all, they are loved and shown that they can overcome deep hurts of all kinds and create a bright future.

"The Mercy Ministries program takes a non-conventional approach to treatment by getting to the root issues of the problems and then helping the young women move past their debilitating circumstances, recognize and accept their self-worth and prepare them to reach their full potential," says Singleton.

Mercy Ministries reports that they have helped over 2000 young women find freedom from very difficult issues and graduates of their program are found in "universities, on the mission field, working, raising children and giving back to their communities." The program is voluntary and open to young women across the nation. Visit www.mercyministries.org for more information about how to apply. You can also order their helpful book entitled, "Cut: Mercy for Self-Harm" which explains in far greater detail the huge problem that "self harm" has become in our nation, the various forms it takes, the reasons behind it, and most importantly - how to experience freedom and victory over both the causes of and the destructive behavior.