Bet on this "Dark Horse" 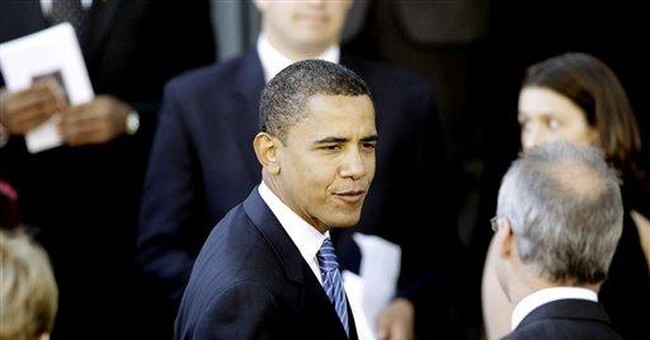 Ever wondered what it’s like in the sharp-elbowed arena of presidential politics -- what really goes on behind the headlines? If so, the new book “Dark Horse,” by political insider and genius strategist Ralph Reed, is a must-read.

Dr. Reed is perhaps best known for his work in the 1990s as executive director of the Christian Coalition. He also has worked on seven presidential campaigns and served as senior adviser to both of President George W. Bush’s campaigns. Although a novel, “Dark Horse” pulls the curtain back on our modern political system. And despite the fact that Reed conceived the storyline some three decades ago, it has amazing similarities to the real-life dynamics of this presidential election.

The world he illuminates isn’t pretty, but it’s fascinating. This work of fiction is filled with what Ralph has learned through years of experience in the political trenches, and actually provides readers a better political education than all the newspapers and cable-news networks combined.

That “Dark Horse” includes stunning parallels to the 2008 election is typical of what often distinguishes Reed from other political pundits: He understands history and its intersection with modern social and political dynamics in such depth that he frequently predicts the political future correctly. Ralph Reed is truly one of the great political strategists of our time.

In “Dark Horse,” we find the first African-American major party nominee for president in U.S. history, the first woman on a national ticket since 1984, and a controversial African-American preacher who influences the election. In the story, the GOP nominates a national security conservative who is a moderate on social issues, which angers religious conservatives. Remarkably, Ralph outlined the story when he was just a teenager, but he set it aside to write some other time.

It was worth the wait. Readers get to eavesdrop on conversations about the best way to ruin one’s opponents. They attend meetings that turn out to be thinly disguised power plays. They hear operatives talk about brass knuckles and taking “head shots” at the opposition. It’s a rough-and-tumble world.

Does that mean that politics is an inherently dirty field -- one that Christians and people of principle should avoid? Hardly. I recently had the chance to talk with Reed about “Dark Horse” and what he hopes to accomplish with it. He wants to embolden good people to get involved in the system -- for the good of our country. We may be tempted to turn away in disgust from the wheeling and dealing, from the cynical exploitation by power-hungry insiders. But that would be a mistake.

Rather than shun the system that selects America’s leaders and writes the laws that govern our lives, people of faith should enter the political arena with a sense of hope, purpose and opportunity. “If one is a committed believer,” he said, “any area where they serve within the bounds of law and morality is a mission field, whether it’s education, business, serving in the military or public service.” I’ve heard it said that politics reflects the morality of those involved in the system. Reed reminds us in a powerful and compelling story of this basic truth.

When I asked Reed about the underlying messages of “Dark Horse,” he identified two:

“One is spiritual and the other is political. The spiritual message is from Genesis 50:20, where Joseph tells his brothers that what they meant for evil, God intended for good. All of us experience disappointment, defeat and betrayal in life, but God takes all of that and uses it for a greater good if we let him.”

Reed knows firsthand how true this is. He’s been through enough personal attacks and controversies to send even the bravest among us into retreat. But in the 25 years I’ve observed Reed’s style, setbacks and successes, he has clearly emerged as one who has the ability to learn quickly from his mistakes, shake off countless personal attacks, and move forward boldly as a better person and more effective voice for timeless values.

The other message of “Dark Horse” is a warning to the Republican Party: If it turns its back on time-honored values of life, marriage and family, it will find that the “big tent has become a pup tent.”

Reed explains: “In ‘Dark Horse,’ the GOP nominates a national security conservative who is a social moderate and sparks a revolt by conservatives, leading to a strong independent candidate.” Although there obviously won’t be a strong independent presidential candidate this year, many believe the McCain campaign must be careful to appeal to faith voters and include the entire realm of social conservative issues in his agenda, or he will be headed for certain defeat in November.

Reed underscored another important message: how differently a big, powerful federal government is perceived today versus the way it was viewed when our country was founded. The American Revolution bred “a healthy paranoia about big government” among our founding fathers. They “envisioned a federal government that was small, confined to clearly enumerated purposes, and left most of tending to the needs of the citizenry to individuals, families, local communities, and local and state government,” Reed said. “Today, our society thinks nothing of asking the federal government to become a nanny state, with cradle-to-grave programs that meet our every need.”

Every need, that is, except our innate need for freedom. And freedom, as President Reagan reminded us often, is incompatible with a large government intent on invading every area of our lives. That’s why it’s essential what we remain informed and involved as citizens of this great land. In this landmark election year, “Dark Horse” is a great place to start.