Do You Have the Right To Give Free Advice? 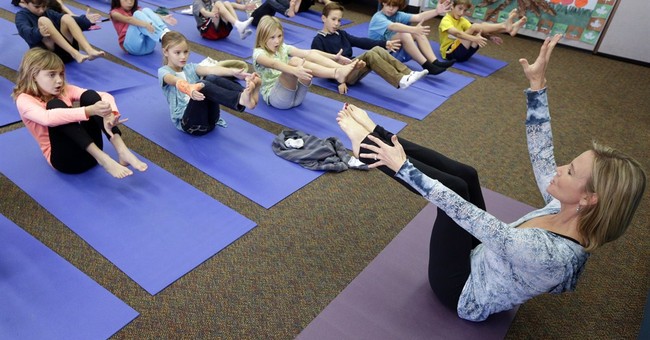 Young Voices is a new project which exists to achieve greater media representation for promising college students and young professionals. Every week a different Advocate will comment on the stories which impact their lives.

What do we do when we want advice? Sometimes, we choose to seek out a licensed professional. Other times, we simply rely first – and perhaps ultimately – on the recommendations of those around us. Every day, we give opinions and advice to friends, family members, neighbors, and colleagues on everything from parenting tips to home decorating to common health concerns. Furthermore, the Internet and its accompanying plethora of new social platforms enable us to position ourselves as speakers and listeners within a broader dialogue than ever before, with a seemingly endless community of fellow thinkers right at our fingertips.

Except when the state says you can’t speak. Except, for example, when the state forces you to obtain a PhD or a specific bachelor’s degree, complete 900 hours at an internship, and then pass an exam before being “allowed” to enter such a dialogue.

Occupational licensing regimes have risen sharply in the United States in recent years, placing bureaucratic barriers to entry on over 29% of all jobs. Meanwhile, our nation is undeniably replacing manual labor with service professions, which, by definition, rely heavily on speech. As such, these new broad licensing requirements have begun to affect the historically prized realm of free speech. Licensing boards, supported by some district and appellate courts, are increasingly shoving spoken advice within the purview of a licensed professional’s “conduct,” thereby barring these words from traditional First Amendment “speech” protections.

Who are these de facto speech restrictions affecting? Meet Steve Cooksey. Four years ago, Cooksey was obese and faced health conditions related to his weight. After teetering on the edge of a diabetic coma, he was diagnosed with Type II diabetes and told he would be on insulin and drugs for the rest of his life. However, he hoped to improve his condition despite this grave diagnosis.

While conducting extensive research, he stumbled upon the popular “Paleolithic” diet, which emphasizes the increased consumption of protein and vegetables while limiting starch intake. Cooksey tried the diet and lost over 75 pounds, stopped requiring any diabetes medication, and felt immensely healthier! Understandably enthusiastic about his success story, he started both a blog and an online advice column in hopes of encouraging others interested in giving this low-carb lifestyle a try.

However, the North Carolina Board of Dietetics/Nutrition did not share his enthusiasm. Alleging that Cooksey was providing illegal advise, the Board (literally) took a red pen to his words. For example, they declared illegal an instance in which he opined, “I do suggest that your friend eat as I do and exercise as best they can.” Cooksey was informed that whether for free or through compensation, he could not provide such nutritional “counseling” without becoming a licensed nutritionist.

He is not alone. Just this year, John Rosemond, America’s longest running newspaper columnist, faced a similar threat. Rosemond writes a syndicated Dear Abby-style column, running in over 200 newspapers, in which he provides general, commonsense parenting advice. He holds a master’s degree in psychology and is a North Carolina-licensed psychologist. However, the Kentucky attorney general decided that the sort of one-on-one “dialogue” Rosemond has with anonymous readers on his column conflicts with licensing board requirements, and is occupational “conduct.” Rosemond was told to either stop publishing or face jail and/or fines.

These are just two examples.

The Supreme Court has yet to directly decide whether licensing laws and regulations can trump free speech. Until they do, it is worth contemplating the potential effects licensing could have on our own lives. For instance, is proclaiming yourself a floral enthusiast on your Twitter account, then advising an acquaintance online that she should add daisies to her bouquet occupational “conduct?” Is advice on how to most effectively unclog a toilet professionally sacred words that only a licensed plumber may utter?

These questions are especially salient in light of how we increasingly interact in modern society. Millennials prize new avenues of speech that were unfathomable mere decades ago. We now have the ability to convene and generate dialogue like never before, a phenomenon posing almost limitless access to information and diverse personal insights.

The First Amendment has long upheld our right to simply converse with and advise each other as laypersons. The bureaucratic stricturing of occupational licensing regimes is threatening the exciting possibility of maintaining such basic First Amendment rights within the broadened realities of our modern age.

Instead of allowing individuals to engage in everyday dialogue as has occurred for thousands of years, then choose to seek out a licensed professional if so desired, the former is being barred at the behest of empowering the latter. This threat to our speech should be of great concern to us all, both in regards to our own abilities to freely converse and to the weakening implications potentially in store for our nation’s long-held Constitutional values.