How Dumb Do Democrats Have to Be With Their Medicare For All Plan? Pretty Dumb.

Rebecca Downs
|
Posted: Mar 22, 2019 12:01 AM
Share   Tweet
The opinions expressed by columnists are their own and do not necessarily represent the views of Townhall.com. 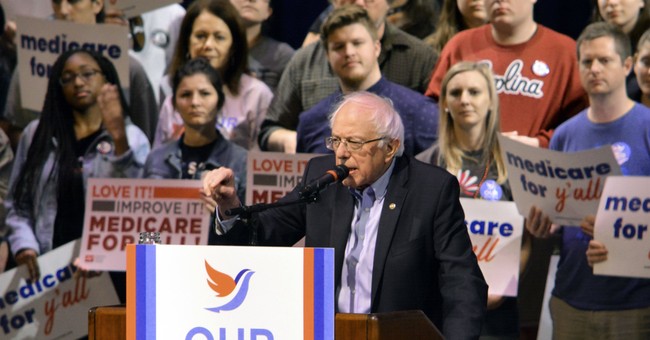 If you have concerns with ObamaCare and Democrats’ obsession with abortion and free contraception, just wait until 2020 comes around. If a Democrat gets elected, we could be living under Medicare For All.

Their Medicare For All plan may be the Democrats’ biggest folly. For me, it’s not merely the sticker shock, though even Speaker of the House Nancy Pelosi has acknowledged concerns with how we are going to pay for such a system, as explained by Townhall’s Guy Benson. It’s because the Democrats alienate their would-be biggest supporters of a universal healthcare plan.

As a compassionate conservative and a Roman Catholic, universal basic healthcare is something I can get behind. However, I know that health care does not include abortion. Health care does also not require others to pay for a woman’s birth control if that person morally or religiously objects to some or all forms of contraception. It does not require forcing medical professionals to take part in abortions. Except Democrats think it does.

For those who think this is anything new from the Democrats, they haven’t been paying attention.

Recall the eleventh-hour executive promise made by President Barack Obama in order to earn a vote for Obamacare from Rep. Bart Stupak, a pro-life Democrat of Michigan who has since retired.

There was also the Health & Human Services mandate which required employers to provide, free of charge, every single form of FDA contraception and sterilization, to employees. The so-called compromise was hardly one at all, as organizations could only be exempt if they exclusively hired employees who were of the same religion.

Ultimately, the U.S. Supreme Court in a 2014 5-4 vote in Burwell v. Hobby Lobby found in favor of Hobby Lobby to not have to provide forms of contraception they were religiously opposed to. Yet it is still absurd that citizens, simply because they own a business and operate in the marketplace, would have to choose between suing their government and facing crippling fines for living out the practice of their beliefs.

The Trump administration has also granted exemptions to organizations which have sincerely held moral or religious beliefs to covering contraception. It’s a welcome reprieve, but one which should not have been needed at all if the Democratic Party wasn’t so obsessed with free contraception.

Under the new Medicare For All plan, as explained by Wesley J. Smith for National Review, medical professionals could be forced to participate in abortions. Abortions which would be free.

As relaxed as the United States is on abortion compared to the rest of the world, taxpayers are still mostly protected from having to fund abortions (except for pregnancy from rape or incest or to save the life of the mother) because of the Hyde Amendment, a rider which has passed since 1976 with bipartisan support.

They may not have won the presidency, but the Democratically-controlled U.S.House of Representatives is wasting no time on its crusade to get rid of the Hyde Amendment. Rep. Barbara Lee of California introduced the EACH Woman Act earlier this month.

Do you like being on an employer’s insurance plan? Do you not want to have to pay for people’s Medicare insurance plans they don’t even want? No, you don’t? Well, that’s too bad. Democrats such as Senator Kamala Harris of California have indicated support for abolishing private health insurance.

Medicare For All could be a popular idea for Americans. Democrats have destroyed the chance of getting wide support however when they tie their support for healthcare to abortion and free contraception. It will be their folly in 2020 if enough Americans know the truth about just what Medicare For All would look like.