Iran Cheats until Forced to Retreat 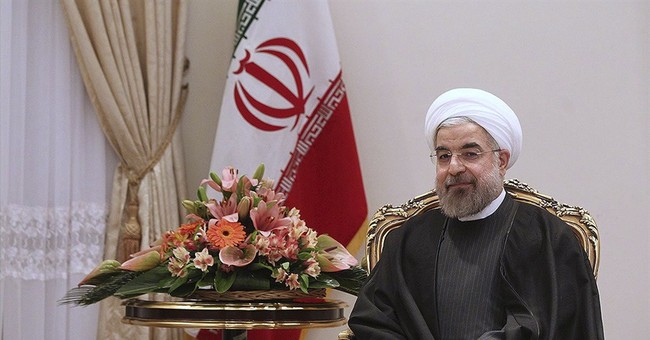 As the nuclear talks resume on February 18, the major powers should realize that in a deadly game of hide and seek, the Iranian regime cheats and retreats. Doing so results in a process of inspections, sanctions, and negotiations. But this process would not have begun without being triggered by revelations of an Iranian resistance group that rejects clerical rule.

The Center for Strategic and International Studies wrote, “The National Council of Resistance of Iran (NCRI) revelations about Iran’s secret nuclear program did prove to be the trigger point in inviting the [International Atomic Agency] IAEA into Tehran for inspections...”

On August 14, 2002, the U.S. media representative of the NCRI revealed an underground secret site under construction near Natanz. A month later the IAEA asked to visit the site during October. That December, the Institute of Science and International Security (ISIS) showed satellite images of Natanz, and the IAEA visit took place in February 2003. The IAEA found the site—designed for use of undeclared centrifuge machines to enrich uranium gas.

Upon visiting related sites during 2003, the IAEA found traces of highly enriched uranium. Because of delays in inspections, however, Tehran had opportunity and time to raze entire sites and remove tell-tale signs of nuclear enrichment in the soil. When there was insufficient time, Tehran closed down nuclear activities and retreated from its cheating.

U.S. diplomatic support for Iranian dissidents in Iraq who have revealed Tehran’s cheating is insurance to coerce Iran to comply with its commitments to the Geneva accord of November 2013. And sanctions contingent on Iran meeting its obligations incurred in the accord are necessary to motivate Tehran to negotiate in good faith.

Iran’s verifiable compliance depends on access to “all source” intelligence, which requires human sources not as available to Washington as electronic methods. Iranian dissidents in Iraq, members of the NCRI, have a track record providing intelligence to the international community, some of which has been independently validated.

Without pressure on Baghdad and Tehran for Iranian dissidents to leave Iraq, there are bound to be additional assaults against them and erosion of their intelligence capability.

Given prior intelligence revelations by the dissidents, it is hardly surprising that during June 2009 uprisings in Iran, Baghdad acting on behalf of Tehran attacked Camp Ashraf on July 30. Iraqis raided the Camp, killed eleven, held 36 as hostages, and then released them in October.

After unrest recurred in Iran during February 2011, Baghdad attacked Ashraf on April 8. There is video evidence of Iraqi forces directly aiming and firing at female Camp residents.

Rocket and mortar shells fell on Camp Liberty, another site where Iranian dissidents are resident, killing six and wounding over 50, on February 9, 2013. The United Nations High Commissioner for Refugees (UNHCR) called this attack, “a despicable act of violence” and described residents of the Camp as asylum seekers entitled to international protection.

On September 1, 2013, Iraqi forces assaulted Camp Ashraf killing 52 and seizing seven hostages. The forces attacked those left behind by mutual consent of the UN and Baghdad to care for personal property of 3,000 residents who transferred to Camp Liberty. “According to reports reaching UNHCR, the missing persons are reportedly being held somewhere in Iraq and may be at risk of being returned involuntarily to Iran, which would be a serious breach of international law. These seven are all known by UNHCR to be asylum-seekers…”

Not only are there lives at stake in safe passage of Iranian dissidents out of Iraq, there also is a need for human source intelligence as lead information to compare with data obtained using other sources and methods. Now it is time for Washington to support the Iranian dissidents in Iraq so Baghdad and Tehran do not kill additional dissidents and destroy a valuable source of human intelligence about adherence of Iran to the nuclear deal.

By bringing Iranian dissidents from Iraq, e.g., to America, they can help U.S. intelligence monitor Iran’s compliance with the Geneva accord. From the perspective of U.S. interests, this idea is as important to intelligence as contingent sanctions are in providing insurance in case the Geneva-Vienna talks fail to result in a permanent accord by July because of Iran’s evasions.