Hey Democratic Presidential Contenders! Are You Conniving at $240/gal. Gas?

Ralph Benko
|
Posted: Oct 29, 2019 12:00 PM
Share   Tweet
The opinions expressed by columnists are their own and do not necessarily represent the views of Townhall.com. 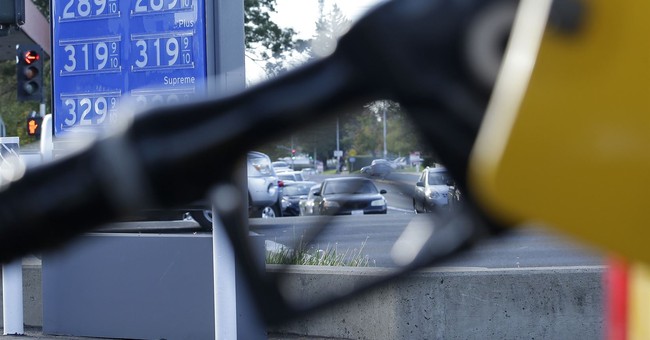 Could the price of gasoline go to $240 a gallon? Absolutely, if the United Nations’ bureaucrats get their way!

"I never gave anybody hell. I just told the truth and they think it's hell." So said Harry Truman.

The same sentiment applies to economic policy maestro Dan Mitchell. Dan is one of the most eloquent canaries in Capitalism’s coal mine. He’s a very rigorous policy wonk.

So when I read his September 5th blog, “Democratic Candidates Endorse Huge Tax Hikes on Lower-Income and Middle-Class Taxpayers” I reached for my wallet. It was still there. >Phew!< But could be only a temporary reprieve. Beware!

More than half the Democratic presidential aspirants have endorsed a carbon tax.

Sounds fairly innocent. I don’t get paid in carbon.

Some candidates even propose a rebate. Forgive my incredulity but the core purpose of taxes is to collect money for the government to spend. Taxes were not invented to micromanage us. Why do I suspect that Uncle Sam would find a way to spend the tax revenue instead of mailing it back to me?

What would a carbon tax mean to us working people? Mitchell cites a column in The Hill by Vance Ginn and Elliott Raia parsing the impact of U.N. IPCC  proposals.  The UN wants a $200/ton of CO2 imposed by 2030 rising to “an astonishing $27,000 per ton by 2100.”  When fully implemented that would put the cost of a gallon of gasoline at $240 per gallon.  At the initial $200/ton it would also add an additional $37,000 to pour a slab foundation (no basement) for a simple 3000-square-foot home.

Sen. Sanders has refrained from embracing the carbon tax.  Bernie Sanders must recognize how burdensome a carbon tax would be on working people. Bernie’s economic doctrine reflects that of The Communist Manifesto whose second and third commandments call for “A heavy progressive or graduated income tax” and “The abolition of all rights of inheritance.”

The Senator’s math being even wobblier than mine, this implies a belief that he can fund his extravagant spending proposals by soaking the rich. There aren’t enough rich to sustain these spending levels.  Also, he’s unclear on the fact that in America the working class is the middle class!

Mitchell stipulates that the presidential candidates, when they get specific, will propose a lower tax rate on carbon. But he also rightly observes that taxes have a propensity to turn onerous over time.

The majority of Democratic presidential aspirants' enthusiasm for a carbon tax reminds me of the fateful moment at the 1984 Democratic Party presidential nominating convention. Nominee Walter Mondale, in his acceptance speech, declaimed: “Mr. Reagan will raise taxes, and so will I. He won’t tell you. I just did.”

Wall Street Journal reporters Jeff Birnbaum and Alan Murray, in their book Showdown at Gucci Gulch, reported the immediately following private exchange: "Dan Rostenkowski, standing next to the candidate in front of the cameras and the cheering crowd at the convention after the fateful speech, whispered to Mondale, 'You've got a lot of balls, pal.' According to Rostenkowski, Mondale whispered back, 'Look at 'em, we're going to tax their ass off.'”

The left is fanatically assured of the virtue of its desire to soak the Middle Class (called by Marx and Engels the “bourgeoisie” and considered the primary enemy of the workers, the proletariat, in The Communist Manifesto and by good Communists ever since).

Assured of their virtue, progressives lose sight of the fact that those of us outside the nominating convention hall do not relish the prospect of having our, well, to quote Vice President Mondale, ass taxed off. The left, in its zealotry, forgets that Mondale lost 49 states, winning only his home state of Minnesota, in the biggest landslide in presidential history.

Judge William J. Groo was right. You can fool some people all the time.

Who, thank Heaven!, are very scarce among actual voters.

Ralph Benko is the Chairman of The Capitalist League