Ralph Benko
|
Posted: Apr 03, 2018 12:01 AM
Share   Tweet
The opinions expressed by columnists are their own and do not necessarily represent the views of Townhall.com. 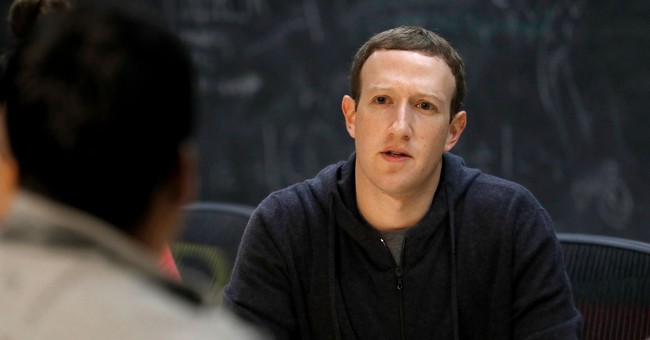 Editor's Note: This piece was co-written by Ralph Benko and William Collier.

There are two stories about Facebook data mining - one is covered extensively by the press, and the other barely gets a mention. But both stories are about data mining of Facebook to sway voters and win elections. In one story, Facebook knowingly allows one party to data mine at will and in the other story the data mined was used, commercially, without Facebook's knowledge or consent.

In 2012, as former Obama campaign director Carol Davidsen noted in a tweet, “Facebook was surprised we were able to suck out the whole social graph, but they didn't stop is once they realized that was what we were doing.” What this means is the Obama campaign was able to pull data from all the friends of all the people on their own campaign app, as many as 190 million profiles culled through the Obama campaign’s over 1 million users.

Prior to the use of similar methods by Cambridge Analytica to cull such data in 2014, which they deployed during the latter stage of the Republican primary to help Donald Trump, such use of data was seen as innovative in some digital media circles.

In 2014, Cambridge Analytica paid a Cambridge University professor to create a ‘personality quiz' app that some 270,000 users accessed. The app also culled data from the user's friends, the social graph, although in this case Facebook was not made aware of what was happening. What is more, the study in which the users participated in did not disclose that their data could be used for purposes other than the study.

The Trump campaign was sold on the data by Cambridge Analytica. The data’s source reportedly was not disclosed to the campaign. The data did not prove useful and during the general election it was not used at all.

Another distinction is useful. In the case of Cambridge Analytica, the data were used to target users with ads. In the case of the Obama campaign, ads were made to look like they were shared by a user's friends and not clearly presented as ads.

The selective outrage in the hype is telling. From the user perspective, the Obama campaign not only culled private data and used it to target users, they actually spoofed users and shared content through their accounts to make it seem as if your friends were posting this content. Most of the users whose data was used did not give their consent or even realize their data was mined. But the cries of outrage are strangely muted.

The real hype, however, comes from the digital media industry itself, which sells data mining and micro-targeting at a high price, presented as the holy grail of electoral persuasion. After 2012, there were many stories extolling the value of Big Data and how the Obama campaign had won the race by superior use of such data.  Facebook was freely allowing this data to be pulled by the Obama campaign. Seems as if a double standard may be at work.

In the Cambridge Analytica case, this data was not used in the general election because the RNC had better data. We can attest that the voter universes available through the RNC are superior.

In the aggregate, data about sentiments and the ability to target segments of people can be useful. But the extra effort and cost of drilling down to the individual level suffers from the law of diminishing returns. Neither Trump nor Obama won through data mining prowess.

They won because both men tapped into public need and sentiment in a way that connected to voters. Their campaigns succeeded in getting their message to the voters repeatedly and at multiple touch points, from digital and other forms of paid media, to earned media and events. Digital smigital. The fundamental things apply as time goes by.

Digital firms are proficient at hyping their ability to cull and use data with almost magical prowess. Yes, some aggregate use of data to target population segments can be a useful tool  That said, repeated messages speaking powerfully to a felt need in the language of the audience is what wins.

Those who invent apps to cull data from your friends may be looking for shortcuts through the heavy lifting of solid, consistent, and repetitive messaging. Ultimately, to win you need a great message, well and frequently delivered. Period.

The genie of “data mining” is already out of the bottle. Facebook is no more an offender than the many other entities, including government. The ability to predict what will inspire, repulse, or motivate people by demographic and location has always been part of marketing a message. But there is a law of diminishing returns at play here.

In campaigns and elections data mining and micro-targeting take a back seat to good old-fashioned repetitive messaging. The hysteria with which the Old Media is as overdone as the hype of the New Media mountebanks selling data as if it were snake oil, good for what ails you, in a bottles from the back of their wagons.

Ralph Benko, a Washington consultant, is the author of the international award-winning book, The Websters’ Dictionary: how to use the Web to transform the world. William Collier is a principal at Intellz, an opposition research and political strategy firm.