Rachel Marsden
|
Posted: Jan 19, 2022 12:01 AM
Share   Tweet
The opinions expressed by columnists are their own and do not necessarily represent the views of Townhall.com. 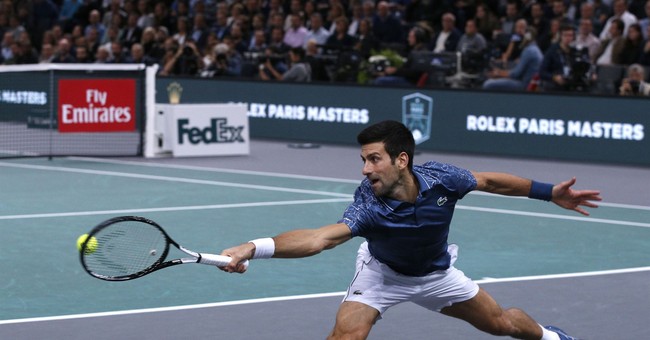 PARIS -- Should people be denied the right to earn a living because their job suddenly requires them to inject a substance into their body that is still technically in clinical trials and whose known efficiency and impact is literally evolving in real time?

When faced with that question, most developed countries came down on the side of politics rather than pure science - at least until a court rules otherwise, as was recently the case with the U.S Supreme Court and Joe Biden's vaccine mandates for private employers.

In other words, the political impetus to be seen to be doing something in the immediate term for their own professional survival has outweighed a scientific adherence to evolving jab data. Instead of adapting their political strategy to it, they forge ahead with the multiplication of restrictions and their efforts to entrenchment them in law and policy. This mindset and restrictions have created widespread limitations on work and travel for those not in compliance with the COVID guidelines.

In some cases, travel and work converge. Such is the case for Novak Djokovic, the number one men's tennis champion and recent deportee from Australia. He arrived in Melbourne on January 5 to play in the Australian Open and was granted a visa pre-entry based on a previous positive COVID test as proof of natural immunity. But upon arrival, his visa was canceled by authorities because he was unvaccinated. Australia requires two shots for entry. After spending a few days in a hotel on lockdown, as a guest of Her Majesty, and after winning judicial review of the cancellation on a technicality, his reinstated visa was canceled a second time -- this time by the godlike Aussie minister of immigration himself.

"Despite my acceptance above that Mr. Djokovic's recent infection with COVID-19 means that he is at a negligible risk of infection and therefore presents a negligible risk to those around him, I am concerned that his presence in Australia, given his well-known stance on vaccination, creates a risk of strengthening the anti-vaccination sentiment of a minority of the Australian community," said Minister Alex Hawke in a court filing.

Hawke straight-up admits with this statement that the decision was politically charged. The minister acknowledges the value of Djokovic's naturally acquired immunity yet dismisses it entirely as though only the jab counts - a position completely disconnected from science. (Likewise, here in France, a COVID infection now has the administrative value of a booster shot, but only if the initial two jabs that clearly failed to protect you from COVID were taken first.)

Just like many others around the world who don't have the tennis champ's wealth and who have made a decision to not take the jab due to their personal health and medical circumstances, Djokovic now faces serious impediments in continuing to earn his livelihood. Not only is he barred from entering Australia for three years, due to the deportation order, but he'll also have trouble playing in tournaments in other countries similar jab requirements. Millions of workers worldwide who lack his notoriety are suffering silently under similar government persecution that blocks them from work or travel. But unlike many of them, Djokovic has the resources to continue to fight for his basic human rights should he choose to do so - and he really should.

"The Universal Declaration of Human Rights grants individuals freedoms such as the freedom to work," Paris-based international human rights and criminal lawyer, William Julie, told me. "We have protections that also appear in other texts, such as the international covenant on civil and political rights. Would Djokovic possibly have recourse beyond the ones he no longer has in Australia? Could he seize a UN working group, for example, the human rights committee, which is responsible within the UN for ensuring compliance with the provisions of the international civil and political pact? It seems to me that the mechanism is possible. Australia is a signatory to the pact in question and I think there would be a possibility of considering the argument to have an arbitration."

Julie added that such a case could set a precedent and that "it does not seem that there has been international arbitration on these questions, which are very serious for human rights."

It's been a long time since someone took up this fight to push back on worldwide government overreach that leverages fear to place politics and optics above science and rights -- and there's no one better positioned for it than Djokovic.

Rachel Marsden is a columnist, political strategist and host of an independently produced French-language program that airs on Sputnik France. Her website can be found at http://www.rachelmarsden.com.