Concern About War on Multiple Fronts Is Already a Reality

Rachel Marsden
|
Posted: Nov 21, 2018 12:01 AM
Share   Tweet
The opinions expressed by columnists are their own and do not necessarily represent the views of Townhall.com. 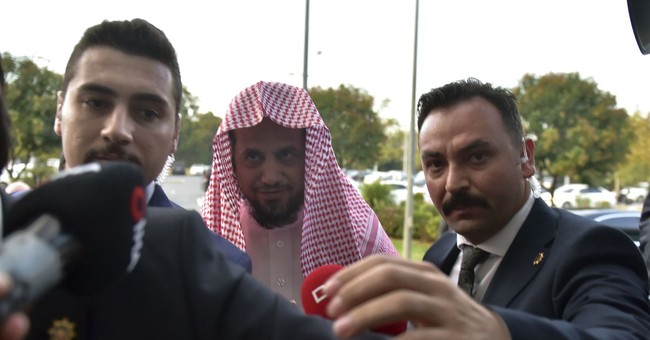 PARIS -- America's military could potentially lose a war against either China or Russia, according to a report from the National Defense Strategy Commission, a panel of national-security experts selected by Congress. The report says the U.S. is "particularly at risk of being overwhelmed should its military be forced to fight on two or more fronts simultaneously."

But the reality is that America is already fighting wars on multiple fronts. They're just not the kind of wars you see in Hollywood films.

Since the panel responsible for the report includes generals, admirals and former members of the CIA brass, it's puzzling why they insist on viewing modern warfare through the lens of conventional, second-generation warfare. When was the last time America squared off against a foe in traditional battlefield combat? Such a scenario is unlikely to happen even on one front, let alone two or more simultaneously, as the report suggests.

Instead, warfare is increasingly being conducted covertly and by proxy. In this sense, America is already engaged on multiple fronts, but it's relying on questionable allies to represent its interests. Those interests aren't limited to just the end result of any military action -- that is, the eventual "nation-building" contracts that might ensue. They also include benefits to the military-industrial complex via weapons sales.

The potential blowback from such arrangements can be highly embarrassing -- as was the case when the CIA recently concluded that Saudi Crown Prince Mohammed bin Salman ordered the killing of Washington Post columnist Jamal Khashoggi, who died a violent death inside the Saudi consulate in Istanbul. President Donald Trump spilled the inconvenient truth of U.S. foreign policy in remarks to reporters.

That's not all Trump has to take into consideration. The U.S. relies on Saudi Arabia and the United Arab Emirates to do a lot of the dirty work in the Middle East. That included the recent sponsorship of the so-called Syrian "rebels" in the failed attempt to oust Syrian President Bashar al-Assad, a staunch Russian and Iranian ally. In essence, the U.S. was already at war with Russia and Iran.

Unbeknownst to many Americans, the U.S. is also at war in Libya, where the UAE is using U.S. weapons and hardware. While the fighting in Libya might have started as a counterterrorism or counterinsurgency operation, it has now become a proxy war against Russia. There was a tug of war between America and Russia over Libya's rebel army commander, Khalifa Haftar, a longtime CIA asset who figured prominently in the CIA-supported uprising that led to the assassination of Libyan strongman Muammar Gaddafi. Haftar, who lived in Virginia for 20 years after being exiled from Libya, seems to be increasingly cozying up to Russia. So America is already effectively at war with Russia -- in Libya.

And how long will it be before America is also at war, via proxy, with China along China's proposed New Silk Road economic corridor in Africa and the Middle East?

America's smaller footprint in these conflicts is a strategy to create plausible deniability and avoid the body-bag sensitivity and public accountability that comes with conventional warfare. However, in this age of technology-facilitated hyper-transparency, such tactics tend to get unmasked.

If America has a weakness in its national defense strategy, it's the outsourcing of dirty work to Middle Eastern partners of convenience, who seem to be chosen primarily for their willingness to buy American weapons.