Rachel Marsden
|
Posted: Mar 13, 2018 5:00 PM
Share   Tweet
The opinions expressed by columnists are their own and do not necessarily represent the views of Townhall.com. 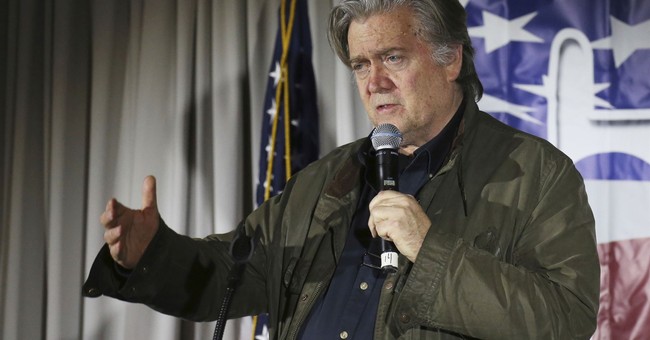 Before she left the National Front last year after her aunt's loss to Emmanuel Macron in the May presidential election, Marechal-Le Pen was viewed here in France as a representative of the more free-market but socially conservative side of the party. Marechal-Le Pen's CPAC speech nonetheless revealed a critical and oft-ignored difference between French and American society.

"Without nation, and without family, the limits of the common good, natural law, and collective morality disappears, as the reign of egoism continues," Marechal-Le Pen told the CPAC audience.

Exactly how much collectivist rhetoric can one fit into a single sentence? It's hard to imagine a proponent of free-market and limited government in the U.S. cheering for any kind of "collective morality" or "common good." Another word for that would be "groupthink." And this was coming from Marechal-Le Pen, who is certainly no leftist.

But in France, the concept of collectivism has long been injected directly into the beating heart of the nation. "Liberte, egalite, fraternite," the national motto, implies that freedom and equality are possible through the sheer will to remain unified.

It's a nice thought in theory, but useless in practice. The most egregious offenders in France are the labor unions that control public institutions -- communist relics from a bygone era that routinely hold the French citizenry hostage at the cost of taxpayer money. The latest example features the unions representing French rail workers. These unions have threatened strikes later this month in response to the French government's attempt at reforming the rail system -- something government representatives were democratically elected to do by the people.

Can one be truly free -- to succeed, to thrive, to compete and to win -- while at the same time being burdened by the state and by collective society? Perhaps the biggest difference between the right and the left is that there are more people on the right who view individualism as morally righteous. These people tend to believe that the only way individuals can be left alone to create wealth and opportunity for themselves -- which can then lift up others -- is not by force or imposition but by choice. Meanwhile, both the left and the right in France -- including Marechal-Le Pen, who is supposed to be on the side of liberty -- have been conditioned to treat individualism as egotistical in polite company.

When Bannon crossed the pond to speak at the National Front's convention, the theme he really needed to hammer home to help unlock France's potential was one that, as an entrepreneur and free-market capitalist, he was eminently qualified to promote: individual freedom. Bannon's speech should have been about individualism. There would have been no more radical statement to make in France, where if you're not encouraging socialism under the thin veil of solidarity, then you're considered immoral.

Instead, Bannon splatter-painted his rhetorical tableau with populism, immigration, nationalism, protectionism and a mixed bag of ideas that have played well in America -- but only because they reflect America's actual concerns. France isn't there yet. Unlike France, America has already come to grips with the importance of individualism in resolving nearly all of the issues that Bannon raised. His entire speech should have been about connecting these dots.

Even just being allowed to break away from societal groupthink and collectivist rhetoric means that you suddenly have individual rights that supersede the collective. You represent the smallest unit of freedom and free will. The state in France is omnipresent, responsible for imposing all of the ills evoked by Bannon.

It's only through strong-willed individuals breaking free of the system that collectivism falls apart. And when that happens, only those who truly need the state are left depending on it. This is what confiscatory governments fear: that most people won't need them. And if people no longer need to rely on government handouts, they might start asking: "Why am I paying for this?" Without a steady stream of revenue to flush down the drain at will, the government loses its ability to impose leftist ideals on the country. Leftism never comes cheap.

By failing to address the lack of individual freedom in France, Bannon missed a golden opportunity to introduce true anarchy into a leftist system.