Rachel Marsden  |  Oct 25, 2017
The opinions expressed by columnists are their own and do not necessarily represent the views of Townhall.com.
Top Columns
Trending on Townhall Media 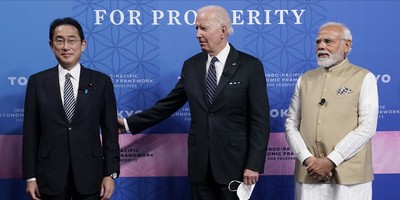 PARIS -- Last week, the francophone-majority Canadian province of Quebec passed into law North America's first ban on face coverings. The right says that the law is too statist; the left claims that it's discriminatory. The bottom line is that it's exactly the kind of thing you get when systemic cultural insecurity becomes unbearable as a result of leftist social engineering.

Bill 62, intended to promote Canada's religious neutrality, prohibits face coverings from being worn by providers and recipients of public services, including those using public transportation. Critics say that it will ban balaclavas and ski masks on buses. If you're more focused on some guy in a ski mask on a Montreal bus in sub-freezing weather getting a fine rather than on the spirit of cultural preservation that the bill attempts to enshrine, you're missing the point.

The law may be legally flawed and doesn't cover everything, but neither did Trump's infamous "travel ban." Both do, however, counter the open-borders mentality that has contributed to the erosion of Western society. These measures move the ball down the field and change the dynamics of a debate that often frames rational, reasonable people as bad guys.

For example, Canadians are among the least bigoted people on earth, yet Canadian Prime Minister Justin Trudeau's Liberal Party-majority government passed a motion earlier this year to enshrine Canadians as such. The so-called anti-Islamophobia motion is intended to "recognize the need to quell the increasing public climate of hate and fear" and "develop a whole-of-government approach to reducing or eliminating systemic racism and religious discrimination, including Islamophobia, in Canada."

Canada doesn't have such a problem, but leftists are trying to create one.

Quebec is unique in North America and has long fought to preserve its francophone culture and history as an island in an anglophone sea. It's not anglophones Quebec has to worry about now, but rather massive waves of unassimilated foreigners, some of whom may share a language but not a culture. Such has also been the case here in France, whose media Quebeckers follow closely.

So when Trudeau reacts to waves of migrants entering Canada illegally by simply asking if they'd stop, pretty please with a cherry on top, Quebeckers' minds start reeling. They see the similarities to the open-borders policy that has transformed France for the worse, and they fear being subjected to the same.

My French friends who have never set foot in Canada hear about what's happening in Quebec and think that Canada must look like France, which looks increasingly less French by the day. I have to explain to them that Canada has a lot of space and that it feels nothing like France in terms of compromised national security -- yet.

A Somali refugee in the western Canadian city of Edmonton is facing five counts of attempted murder after using a vehicle to run down civilians and a police officer (who was also stabbed during the attack) outside a Canadian Football League game. The suspect, Abdulahi Hasan Sharif, had reportedly been placed on a police watch list after a tipster said Sharif was "espousing extremist ideology." An Islamic State flag was found in a vehicle used in the attack.

On cultural matters, Quebec is often a canary in a coal mine. As painful as it is for Quebec to bear the brunt of federal government inaction on illegal immigration, the willingness of Quebec citizens to fight for their culture and heritage will ultimately draw attention to the problem on a national level.

Quebec is bearing a disproportionately heavy share of the migrant onrush in Canada. If other provinces had to bear the consequences of the federal government's open-borders laxity, perhaps the rest of the country would be more concerned about the immigration crisis. Some migrants are reportedly traveling to the United States with the ultimate objective of crossing illegally into Canada. The Canadian public safety minister recently asked U.S. officials to trace back travel visas that are being used by immigrants who jump the border.

Trudeau's nice-guy act on immigration runs counter to one of the basic functions of the state famously espoused by limited-government proponent Adam Smith: the duty to protect. Trump isn't a nightclub bouncer for Canada; he's busy doing his job and protecting his own country's people. If Trudeau fails to do the same, Quebec, with its 78 seats in the 338-seat House of Commons, has the capacity to secure his defeat in the next federal election.