Rachel Marsden
|
Posted: Apr 06, 2016 12:01 AM
Share   Tweet
The opinions expressed by columnists are their own and do not necessarily represent the views of Townhall.com. 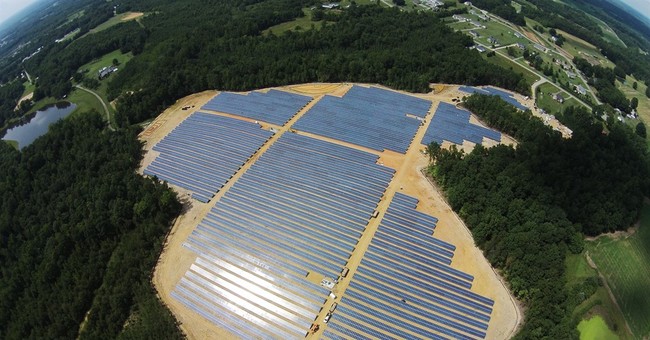 The largest data leak in history -- 11.5 million documents, coined the "Panama Papers" -- is providing a glimpse into the one-percenters' world of offshore banking. So far, data obtained from Mossack Fonseca, a Panamanian law firm that specializes in setting up offshore shell companies (more than 200,000 of them, allegedly), has been linked to heads of state, celebrities, business leaders and other wealthy individuals from all over the world -- all hiding behind elaborate fronts.

An anonymous source provided the data to German newspaper Suddeutsche Zeitung, which shared everything with the International Consortium of Investigative Journalists. Soon after the story had come out, authorities in France, Australia, New Zealand, Austria, Sweden, the Netherlands had launched investigations.

Offshore accounts have long been used for tax evasion, for stashing kickback and bribe money from government contracts, and for making investments that can't easily be traced back to the source. It's not automatically illegal to store your cash in a secret account in a warm place known for its banking secrecy. Just like some people read Playboy for the articles and visit Las Vegas casinos for the buffets, right? As long as earnings are declared and taxes paid, it's all good. But then why bother going to so much trouble?

Well, for example, when you're King Salman of Saudi Arabia (whose name appears in the leaks), taxing the oil industry in your country at 85 percent and living the high life on those tax revenues, you have good reason to use an offshore account.

Back in 2001, a European Parliament report noted an interception by the U.S. National Security Agency of correspondence between the massive aerospace firm Airbus and the Saudi government in 1994, with Airbus offering bribes to Saudi officials in order to win a contract to upgrade Saudi Arabian Airlines' fleet. After the bribe offer was discovered, the U.S. company McDonnell-Douglas was awarded the contract. It would be naive to think that bribes are rare in billion-dollar dealings between huge corporations and governments around the world. And it's highly doubtful that any such government "enrichment" would be deposited at the local bank branch down the street.

So why is offshore banking such a serious problem? Because it drastically tilts the playing field, corrupting the free-market process. Players who think they have a fair chance at doing business are disqualified before they even walk in the door, simply because some sleazier player paid a bribe to people confident they could hide the money.

While running for the presidency of Ukraine in 2014, Petro Poroshenko vowed that if elected, he'd sell Roshen, his confectionary empire. Instead, according to the Organized Crime and Corruption Reporting Project, Poroshenko's business was transferred to an offshore holding company in the British Virgin Islands, providing a tax shelter during a time of great turmoil in his country.

That's what is so alarming about the Panama Papers leak: It shows that many of the one-percenters using offshore bank accounts are either heads of state or people who have influence with heads of state, either through political donations or business dealings. While their fellow citizens are worrying about the state of their life savings in the local bank, these fat cats are using offshore accounts to dodge taxes and hide their vast wealth.

It's little wonder that we're seeing so much social unrest over inequality. When the guys in charge of government and industry are sending jobs offshore, and now blatantly sending their money offshore, too, all while still seeking to squeeze even more money out of the plebeians, it doesn't go over well. Then, special interest groups exploit this perceived injustice as a pretext to come up with all kinds of ridiculous leftist proposals that further corrupt the relationship between work and compensation. As we've seen in France, such measures can, for instance, make it difficult to fire a lazy or incompetent employee.

We don't live in vacuum, even if some of the rich and famous like to pretend that they do. When global capitalism is perverted by some of its foremost practitioners, it just gives those on the left more ammunition to further pervert it with their own agenda. And it's the average folks who end up paying for it all.