Lost Art of Listening Is Essential to Geopolitics 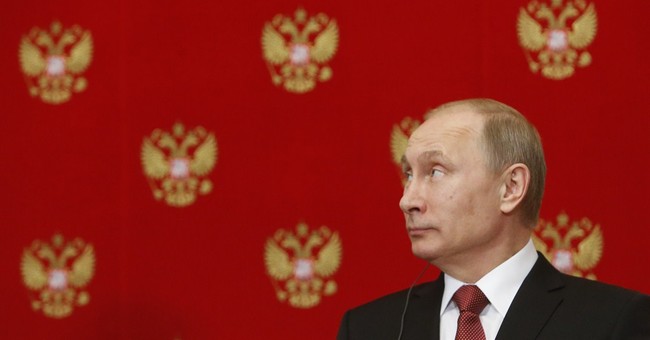 PARIS -- American radio host Howard Stern conducted a lengthy interview with Madonna last week. Although the world-famous singer might not share my conservative political views, I found myself hard-pressed to think of another woman whose story I connected with more (except perhaps that of former British Prime Minister Margaret Thatcher, as portrayed by Meryl Streep in "The Iron Lady").

Coming from the middle of nowhere and trying to make it in New York City alone with no financial safety net? Check. Understanding that relationship turbulence can largely be reduced the discrepancy between the lifestyle of independent, career-driven women and the role that many men still expect them to play? Check. Workaholic tendencies driven by a deep conviction that nothing has or ever will come without hard work? Check.

The Madonna interview was refreshing. When a celebrity isn't reduced to the usual sound bites, you might realize that you share some common ground, even if the star's political views differ from yours. So in the international sphere, even if we don't share the exact same values with another country, shouldn't we try to win hearts and minds by truly listening to its leaders and seeking out the common ground?

No one seemed to understand the power of human relationships in geopolitics better than former U.S. President Ronald Reagan. In the 2004 book "Reagan and Gorbachev: How the Cold War Ended," former U.S. Ambassador to the Soviet Union Jack Matlock detailed how Reagan went out of his way to study and connect with Soviet President Mikhail Gorbachev, and how the two leaders' personal relationship marked a productive shift away from the aggressive ideological rhetoric that had preceded it.

When Russian President Vladimir Putin recently took a week off from public appearances, the rumor mill began spinning. Facts were glaringly absent. In the Reagan era, there would have been at least one high-level person who knew someone on the other side of the ideological divide -- perhaps a drinking buddy -- capable of communicating the truth. Now, everyone is on the defensive in a constant game of one-upmanship. The result is more guardedness and less insight.

Diplomacy has been replaced by public relations agendas bent on shoving talking points down the throat of geopolitical adversaries. While it may be fun, it's not very useful or interesting. In an age of social media ubiquity, we're only too happy to blather away rather than use the opportunity to sit back, listen and assess how to proceed more strategically.

Other nations seem to be getting very good at this, however -- potentially to our detriment. How else, for example, would Iranian General Qassem Suleimani have ended up inside Iraq, confidently leading U.S.-trained Iraqi troops in the fight against the Islamic State, if Iranian intelligence wasn't triangulating its actions with the West's every military and diplomatic move?

The Chinese are masters of listening to and studying their interlocutors to the point of knowing them better than they know themselves. For example, China is able to gauge such things as when the comfort level of a given country with Chinese business dealings has become sufficient enough to allow China to go from being a supporting player in a joint venture with a Western nation to taking control. Such was the case in Saudi Arabia's solar energy market, with China recently stepping out from the shadow of its partner in that market, Canada, and into a starring role.

Doing more yakking than listening puts Western nations at a serious disadvantage, particularly as events in the Middle East become increasingly opaque, complex and difficult to assess from a distance. While the usual talking points rattle around in the rhetorical echo chamber, Turkey is in talks with Saudi Arabia to ally against Iran. Meanwhile, a December 2012 Pentagon report explicitly listed Turkey as a "principal area of operation" for Iranian intelligence.

Could Turkey be the next battleground for regional supremacy? That depends on what's going on in Turkish President Recep Tayyip Erdogan's head. And who outside of Turkey is going to know other than a state leader with a personal connection?

Similarly, if Putin is flexing Russian troop muscle in the Arctic, is it because he's trying to telegraph a threat, or is it a legitimate effort to boost military preparedness?

The more confusing the geopolitical scene becomes, the more reliant we become on human insight. For all the new technology, the foreign policy game is increasingly hinging on old basics.