Alternative to U.S. Intelligence-Gathering Is Even Less Transparency 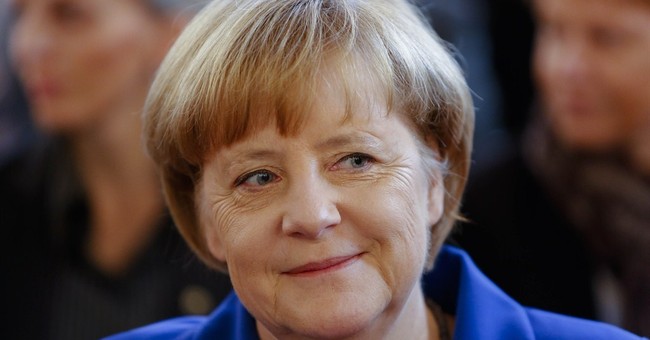 So-called "transparency advocates" who believe that splaying out all the intelligence activities of America and its allies will result in increased oversight, regulation and accountability have failed to learn the recent lesson of warfare: Whining about what you can't handle just leads to more secrecy. That's how we ended up with drones.

When the wars in Iraq and Afghanistan, broadcast on cable news 24/7, became too much for a majority of the American public to bear, two viable options emerged: fight the war overtly and transparently despite negative public opinion, or fight the war covertly in a way that reduces both attention and casualties.

Enter private contractors and drones. What, did anyone actually think that NOT continuing to fight was a viable option? Just because one side goes home doesn't mean that the other ceases to exist -- except perhaps on your TV screen.

As if jihadists would say, "Great! The West has left, so now we can get back to doing constructive, positive things. Where's my Tony Robbins CD?" Instead, they've floated around Africa and the Near East, picking fights with governments and the populace, facilitated by the regional economic support of China -- a country that has managed to gain a strong foothold in those regions because, unlike the West, it doesn't pretend to care about quaint notions of "freedom" and "fair labor" at home, let alone in a foreign country.

China gets a free pass in this regard in much the same way that both China and Russia get a free pass in the spy wars: because no one expects them to abide by transparency and democracy. The bar is set so low that if they ever show a hint of either, it's met with the same fawning praise that we'd bestow upon a toddler who colored on construction paper rather than on the walls.

Holding America to account in war creates an uneven geopolitical playing field, with America pitted against competitors that have far fewer self-limiting rules. The same holds true in espionage.

War and intelligence are inextricably linked, as the famous military strategist Sun Tzu painstakingly explained in "The Art Of War." And outrage over National Security Agency surveillance operations will lead to even less transparency.

With every new revelation about the NSA's activities, one would think that the average person would breathe a sigh of relief. The bigger the ocean, the less important your own little drop ought to matter. The logical reaction to new details about the passive data mining of each new target country should be: "Thank goodness the NSA is spying on France now, too. That should move me a bit further down the list, since the private lives of the French seem so much more 'Ooh-la-la!' than mine."

Instead, the transparency advocates reason that if America can monitor one of German Chancellor Angela Merkel's less secure phones, then it must be really easy to monitor the phone calls of average Americans. This makes sense in the tiny minds of the people who hold "Stop Watching Us" rallies in Washington, dressing up in ridiculous outfits in the hope that authorities will stop paying attention to them. As the Dan Hicks song goes: "How can I miss you when you won't go away?"

Let Merkel take care of herself. She's a big girl with spies of her own. And unless you also were subjected to a spontaneous shoulder rub by former U.S. President George W. Bush a few years ago at an international summit, then you are not her. It's absurd to project your phone, your e-mail, your Facebook account as having the potential to be hers, any more than you should project yourself as sitting on the Queen's throne at Buckingham Palace.

Let's be honest: The only alternative to the current system is even less transparency -- likely under the guise of faux-transparency. For instance, Barack Obama proclaimed victory in Libya without any American "boots on the ground." Does that mean there weren't any Americans operating in Libya? Hardly. But he wasn't lying in telling you what was going on.

The epitome of faux-transparency is what former Soviet President Mikhail Gorbachev called "Glasnost and Perestroika," or "publicity and restructuring," in the late '80s. Translated semantically, it means that you can finally take a guided Kremlin tour, all while not having the faintest clue about what's really going on in Moscow.

Intelligence, like war, is an extension of politics, and it will find a way to survive. The only thing critics are dictating is the kind of reality that they're mature enough to handle.