Stop Investing Your Money in Corporations That Fund Progressives

Rachel Alexander
|
Posted: Oct 04, 2021 12:01 AM
Share   Tweet
The opinions expressed by columnists are their own and do not necessarily represent the views of Townhall.com. 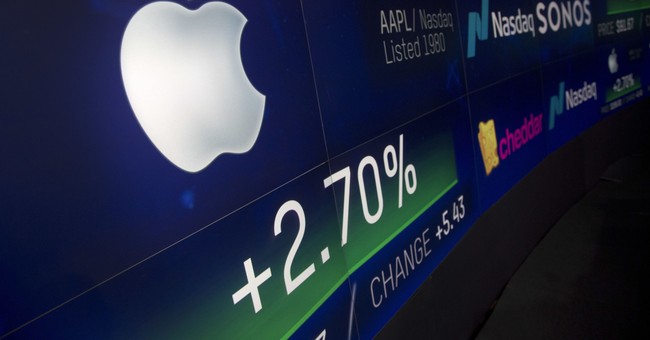 Conservatives are increasingly looking for alternatives to mainstream products and services as we’re getting kicked out of society. We’ve been kicked off of social media platforms, hosting providers, payment providers, domain name registrars, fundraising sites and more. That’s defensive mode.

But we should also be in offensive mood, aggressively avoiding progressive companies as much as we can. The left has become so hostile toward us that we can no longer just kick back and react like we used to. Progressive companies are actively funding the woke agenda now, like critical race theory and suppressing free speech, so we’re essentially paying them to defeat ourselves.

Obviously, it’s not practical for everyone to boycott everything. But one area that has become very easy to make a change is investing. American Conservative Values ETF started an exchange-traded fund in October that basically mirrors the S&P 500 — which is composed of the stocks from 500 leading large U.S. companies —  without all the lefty companies included. The founders of ACV noticed a proliferation of environmental, social, and corporate governance funds that are focused on clean energy or being against fossil fuels and wanted to start an alternative. These funds have become so prevalent on the left there is now a term for them, ESG funds, which stands for environmental, social and governance.

Anyone can invest in ACV, even if they’re just a poor student with a small amount of money, by going through an app like Robinhood (granted, some conservatives have been critical of Robinhood, so there are similar platforms available). The ACV fund can be purchased just like any other stock, its ticker is ACVF.

Co-founder and CEO Bill Flaig observed that ACV is combating a double problem, since “politically active companies negatively impact their shareholder returns, as well as supporting issues and causes which conflict with our conservative political beliefs and values." Once companies become politically active, they are no longer maximizing shareholder returns, but are instead putting a higher priority on misallocating shareholder resources to push their pet causes. Tom Carter, ACV’s other co-founder, said, “Companies shouldn’t be involved in politics at all. Maximizing shareholder value and customer quality should be the primary premise.”

Although ACV doesn’t include high-performing stocks like Apple, Starbucks, Bank of America, Disney and Nike, the company makes up for it by weighting a few other high-performing stocks double, and leaving few stocks in that mostly stay out of politics such as Microsoft, so it really does perform similarly to the S&P 500 (founder Bill Gates, despite his own activism, has little left to do with Microsoft). Carter explained, “If you got rid of every tech company that leaned left, you’re not going to have much of a sector.”

Because of the similar track to the S&P 500, the active risk is only plus or minus 2%. ACV can’t guarantee it will track the S&P 500 closely, but it’s predictable performance. Since ACV launched, it has swung both ways, with some periods beating the S&P 500 and some periods underperforming it.

About 27% of the companies in the S&P 500 are left off ACV’s exchange for aggressively seeking a progressive agenda. Google and Apple were removed for pulling the Parler app from their app stores. Amazon was removed for kicking Parler off its web servers. Facebook and Twitter are excluded due to internet censorship. The founders humorously refer to big tech as FAANG — Facebook, Apple, Amazon, Netflix and Google. Delta and Coca-Cola were removed after they condemned Georgia’s new election law.

Consumers may not realize their money is being invested in companies opposed to their values, but ACV has figured it out. For example, many people may not know when it comes to media companies, Disney owns ABC, AT&T owns CNN, and Comcast owns NBC.

Carter explained how ACV is different from Ave Maria, a Catholic provider of mutual funds. Besides the fact consumers can purchase mutual funds directly, without going through a brokerage, financial advisor or app like Robinhood, their selection is slightly different since Ave Maria’s focus is faith-based Christian values. For example, Ave Maria might be more likely to cut a fund related to gaming or healthcare.

ACV’s founders are very qualified in the investment area. Carter has been in the exchange-traded-fund industry for 25 years, almost since the beginning. He’s developed ETFs, raised money, and was with an ETF company for 23 years. Flaig has been in the financial services and investment management for 30 years, on the portfolio management side where he balances portfolios and runs money. Other similar funds to ACV include MAGA and 2ndVote.

Flaig says ACV stays on top of the news cycle, always looking out to see if another company has gone woke. However, they are reasonable about it; sometimes a corporation makes a political statement for effect but doesn’t follow through with its money. The lefty who invented the ESG concept, Tariq Fancy, admitted, “In truth, sustainable investing boils down to little more than marketing hype, PR spin and disingenuous promises from the investment community.”

The ACV fund is doing well. It began with $1 million at startup and is now up to $26 million. Flaig told Fox Business that since the 10 largest ETFs manage hundreds of billions worth of assets, it makes sense to direct half of that huge amount toward conservative companies.