Rachel Alexander
|
Posted: Mar 12, 2018 12:01 AM
Share   Tweet
The opinions expressed by columnists are their own and do not necessarily represent the views of Townhall.com. 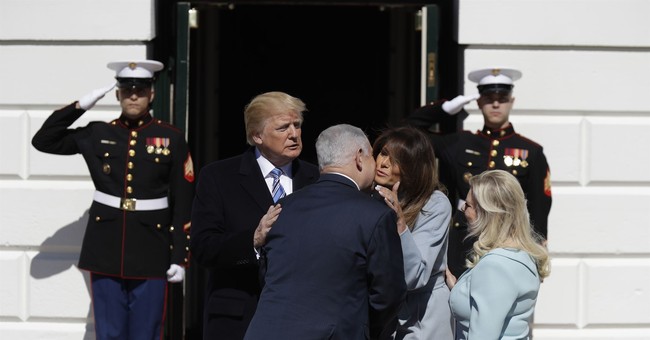 After observing France’s annual military parade celebrating Bastille Day, President Trump decided the U.S. should have a similar annual parade. It will take place on Veterans Day, which originated to celebrate the end of World War I. Although France is not an authoritarian country, and as a whole is more aligned with U.S. Democrats than U.S. Republicans, Democrats immediately launched into criticism. Turn on any lefty talk show and eventually the chitter chatter turns to smug remarks about hosting an historic parade.

New York Magazine warned that the parade would be in the style of “various despotic regimes.” News outlets focused obsessively on the fact that tanks in the French parades damaged the roads costing taxpayers money to repair. New York Magazine shuddered at “the sight of the vehicles rolling down Pennsylvania Avenue in 2018 with a certain wannabe tyrant at the helm of the country.”

Not to worry, the Trump administration announced the parade would not include tanks. New York Magazine sarcastically observed that tanks weren’t being withheld due to conjuring up “visions of some autocratic post-Soviet republic,” implying that the parade was doing just that.

Tanks were featured in the last U.S. military parade, which took place in 1991, celebrating victory in the first Gulf War, Desert Storm.

The left is also criticizing the cost, which has been estimated between $3 million and $50 million. An article from NPR ominously warned in its title, “Trump's Military Parade Could Cost As Much As $50 Million.” One left-wing site didn’t even cite the range, but declared it will cost “around $30 million.”

Presidents regularly put on annual events and celebrations which don’t receive criticism for the cost, so why should our military be singled out? In response, Democrats in Congress introduced the "PARADE" Act — Preventing the Allocation of Resources for Absurd Defense Expenditures — bill to prevent tax dollars from paying for it.

Incredibly, the left is placing blame for 40,000 homeless veterans on Trump’s decision to hold the parade, as if transferring the money there instead would solve the problem. The reality is, that problem is far deeper than throwing money at it, otherwise it would have been solved by now. Trump hasn’t even spent the money on the parade yet somehow he’s already responsible for these homeless vets.

There are legitimate philosophical disagreements the left has with the Trump administration. But to become so obsessed and upset merely over a military parade, deliberately putting out fake news to discredit Trump, is unhinged behavior. It makes the left and the complicit left-leaning media look unbalanced, unable to discern the difference between a real issue and a small matter.

What’s peculiar about the left’s all-out attacks on anything Trump does, is that they’re holding him up to a higher standard than God. Being perfect isn’t enough. No matter what Trump does, he’s criticized. If he turns right, he’s criticized. If he turns left he’s criticized. Trump makes a left turn and supports DACA? Doesn’t go far enough, he’s racist unless he supports the full DREAM Act. Trump supports banning bump stocks? Doesn’t go far enough; he doesn’t care about the victims of gun crimes unless he calls for far more gun control laws.

The elitists on the left sitting in their ivory towers pontificating about how despotic and financially irresponsible a military parade is don’t care about honoring our veterans. They know they’ll never get their votes, since they overwhelmingly vote Republican. This is part of a clever ploy to pile on Trump and distract from real issues like the FISA memo and Hillary Clinton giving away control over U.S. energy to the Russians.

"This parade will focus on the contributions of our Veterans throughout the history of the U.S. military, starting from the Revolutionary War and the War of 1812 to today, with an emphasis on the cost of freedom," the memo for the Joint Chiefs of Staff states. Mostly thanks to the left, much of the nation didn’t welcome home Vietnam veterans after the war. Maybe it’s overdue to honor them with a parade.