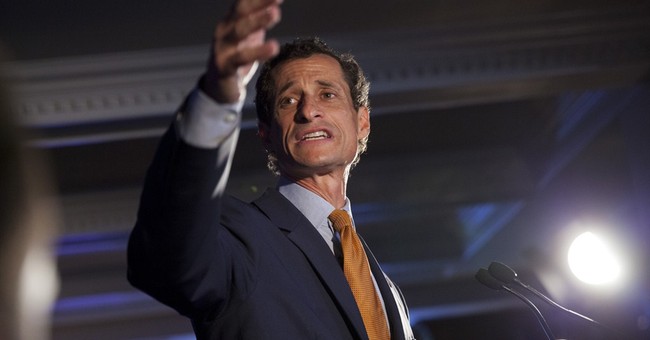 For many years, it was considered highly envious to attend an Ivy League or other top rated university. Graduates enjoyed social prestige and better job opportunities. Then universities started changing their admissions standards to account for factors other than strictly merit achievement. Left-wing admission panels started favoring applicants with preferred backgrounds, such as activism in the Peace Corps or members of a preferred minority group.

As some students were admitted beyond their level of achievement, they started dropping out in increasing numbers. The politically correct universities started to look a little sheepish. But for the most part, people still looked up to them. Those students who had worked hard throughout their grade school years in order to achieve high grades, but who were from poor, Republican backgrounds, could not compete anymore with the privileged children of wealthy, left-wing activist parents, who were now considered the ideal applicants at elite universities.

Fortunately, something emerged to drastically diminish this inequity: the emergence of social media. No longer could young people promoted beyond their abilities quietly attend an elite university and seamlessly transition into a CEO or other top job. Their every thought became publicly broadcasted over Twitter, Facebook and other social media platforms 24 hours a day. Millennials and subsequent generations are growing up “wired” to use social media constantly. Instead of hiding behind a lofty degree, their most intimate thoughts - even if formed while inebriated in the middle of the night - are now on display for the world to see.

Have poor grammar? Even spellcheck won’t catch that on Twitter. Prone to profanity? Every post is immortalized forever if just one person out there screen captures it. Narcissist? Someone who calls herself a princess and posts nonstop selfies is going to make potential future employers wary. It is pretty easy to scroll through someone’s posts and get a good idea of who they are in less than a minute.

This has disproportionately hurt those students the worst who weren’t raised in families that taught them not to blare everything online. When they go to apply for top positions, a quick Google search or study of their social media posts reveals who they really are.

One of the most infamous examples of social media destroying a left-wing elitist was the Twitter outing of former Democratic Congressman Anthony Weiner. The married Weiner, who had attended the prestigious College of William and Mary, destroyed his career by sending explicit photos and messages over Twitter to young women. He resigned from Congress, but then attempted a comeback by running for mayor of New York City. He ended up taking an embarrassing fifth place in the Democratic primary.

A New York University student was expelled after he set fire to a fellow classmate in her dorm room, then uploaded the video to Snapchat. An entire fraternity at the University of Pennsylvania was suspended after members posted compromising photos of women on Facebook.

Five men at Swarthmore College posted a controversial photo of themselves with a caption alluding to raping women. A female student who received the photo posted it on Facebook, apparently to gauge reactions. She faced a swift backlash and was named in newspaper accounts about the incident. The young men may still be disciplined. At American University, a lawsuit is in progress to discover the email addresses of students who posted racist comments on Yik Yak.

Adam Smith, who attended a top university in Arizona, lost his career and is now living on food stamps after uploading a video to YouTube showing him cruelly berating a Chick-fil-A employee over the religious views of its owners. Smith was the CFO of a medical company, and his employer fired him immediately after the video went viral. His second employer followed suit upon discovering who he was.

Employers are increasingly shrugging off applicants upon discovering their behavior on social media. A survey from Careerbuilder last year found that 51 percent of employers who research activity on social media by applicants decided not to hire them based on what they found, up from 34 percent in 2012. Nearly a third of those said they dismissed a candidate based on poor grammar or spelling.

Perhaps social media’s equalizing influence somewhat explains the reason for a new book that just came out, “Where You Go Is Not Who You’ll Be.” Author Frank Bruni reveals that many of the top CEOs did not go to Ivy League or equivalent schools. He writes, “Among the American-born chief executives of the top 100 companies in the Fortune 500, just about 30 went to an Ivy League school or equally selective college.” In fact, recruiters told The Wall Street Journal that the top five colleges for entry-level hires were slightly below Ivy League level schools: Penn State, Texas A&M, the University of Illinois, Purdue, and Arizona State.

Conservative students are the primary beneficiaries of the new era of social media scrutiny. Raised by parents to behave appropriately and achieve high grades, if they keep their noses to the ground and avoid the temptation to show off on social media, their perseverance will pay off as they’re the only ones left standing for the top positions that demand the most scrutiny. Unfortunately for the children of leftists not brought up with these values, social media etiquette isn’t taught in schools, because teachers are too bogged down with politically correct Common Core standards and revisionist history. The left is so busy destroying institutions in society that ironically, it has resulted in the decay of one it took over as its own, elite universities.