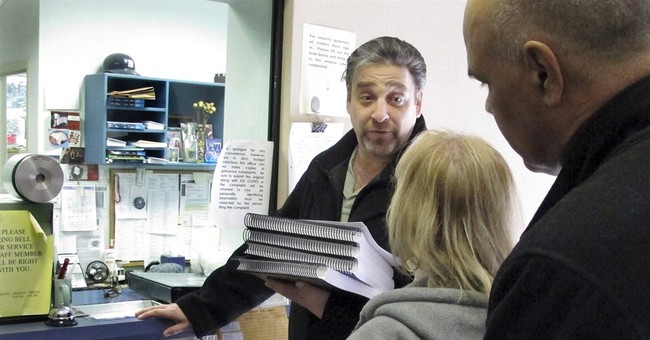 It has been exactly one year since the organization Leading Women For Shared Parenting(LW4SP) launched, as a fledgling organization with just a handful of women. The group was formed to remedy the unfair child custody system, which encourages parents to fight against each other, hurting children who are deprived of time with their parents and their extended family. As fathers’ rights organizations have not been able to change the system on their own, it was hoped that with women speaking up about this drastically unfair situation, state legislatures would finally start revising antiquated family laws.

Contrary to popular belief, it is not just men, but many women who are hurt by the current system, whether as second wives to fathers who have been abused by the system, or as mothers, sisters or aunts of male family members. Less often, but still a problem, is when fathers are able to use the unequal laws against mothers. This is why LW4SP advocates for a rebuttable presumption of shared custody for most situations, instead of the unfair current primary custody default to one parent.

In its first year, LW4SP has attracted 70 Leading Women who come from all walks of life; columnists, practicing divorce attorneys, elected officials from six U.S. states, domestic violence practitioners, advocates, and others. There are women from all across the political spectrum, including the late Karen DeCrow, who served as a president of the National Organization for Women in the 1970s, and conservative activist Phyllis Schlafly. Ironically, these ladies used to debate each other on college campuses in the 1980s and 1990s. There is a significant presence of Leading Women in the U.S. and Canada, and a growing contingent in the U.K., with members coming from 47 states, every province in Canada and a whopping 27 countries across the globe.

In its first year, the organization has commanded enough respect to be asked to add its endorsement to proposed legislation in the hopes of building legislative credibility. Additionally, some members have made significant legislative achievements, with Rebekkah Bradley, of the Strong Stepmom Awareness Campaign and LW4SP, having gotten a law enacted on visitation interference which should serve as a wake-up call to an epidemic problem.

LW4SP has invested time in building relationships with other prominent shared parenting advocacy groups, including the American Coalition for Fathers and Children, Stand Up for Gus, Divorce Corp, Lawyers for Shared Parenting, National Parents Organization and others. It has built credibility with some of the best researchers in the world on timesharing arrangements for children of divorce, with some having joined the organization and others serving as keynote speakers at LW4SP events. Further, a listing of groundbreaking research on shared parenting has been compiled on the LW4SP site, including Dr. Richard Warshak’s recent paper which received the endorsement of 110 of the world’s most prominent child development experts, and Dr. Sara McClanahan’s paper proving the social problems experienced by children of divorce is caused by (and not just correlated with) father absence. LW4SP is also building a growing network with many in the media.

To show the popularity of shared parenting, LW4SP consolidated all the reliable polling and voting on this topic globally. Polls in the U.S., Canada and other Western countries consistently demonstrate overwhelming support in the general population for equally shared parenting, with no difference in the opinion of women and men. The group has also compiled an impressive list of experts who can speak with authority on a number of divorce related topics including shared parenting, domestic violence, parental alienation, family law, the legislative process, social movements, and more.

We all know in our hearts that society can do better than to separate children from one of their loving parents and half of their extended family. We now have the social science to prove this practice hurts children and causes them a lifetime of social problems. We also know the interaction between children and grandparents provides both mental and emotional benefits to both, and that shared parenting should be the norm in the vast majority of cases. With the most recent study completed on timesharing showing children in Nebraska get on average only five days a month with their non-custodial parent, it's time for the divorce industry to admit it has caused grievous harm both to the family, and, worst of all, to our children.

Historically, various groups have played an active role in advocating for appropriate social change. Some whites marched with African-Americans to advocate for civil rights; some men marched with women to advocate for women’s suffrage. LW4SP knows the cause of shared parenting will follow this same pattern.

Next year, LW4SP expects to continue to build on existing infrastructure and continue its growth and influence. To join this growing and influential organization, which seeks to eliminate the battle between the sexes, you can add your voice here. Happy Father’s Day to all fathers everywhere. And Happy Birthday LW4SP. It’s an honor to be part of this amazing group of women.