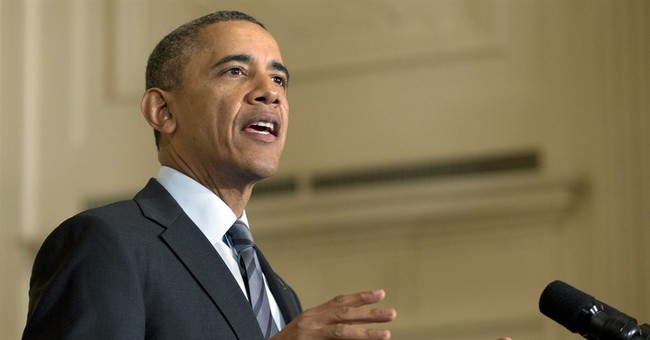 A White House Council on Women and Girls was formed in 2009 under the Obama administration to ensure that government agencies were taking into account the needs of women and girls. Warren Farrell, who has served on the board of NOW in New York City and writes books about men’s and women’s issues, was asked to be an adviser to the Council. He agreed, but suggested the need for a White House Council on Boys and Men. He was invited to submit a proposal to create one.

Farrell got to work, and over the next 18 months put together a bipartisan group of 34 peopleto draft the proposal. He thought it was crucial that it be seen as a bipartisan issue, since everyone wants our children to do well. The 34 members selected consisted of political leaders and authors of the top books about men and boys. There was also the head of government relations for the Boy Scouts and the managing editor of Men’s Health magazine. Three political parties were represented; Democrats, Republicans and Libertarians, with diverse viewpoints including Jennifer Granholm, former Democrat governor of Michigan and co-chair of a Super PAC for Obama, and Christina Hoff-Summers with the American Enterprise Institute, a conservative think tank.

This represented but one of two times the White House has expressed a tremendous amount of interest in the council but suddenly nixed it. The Office of Public Engagement (that handles the Council on Women and Girls) and Secretary of Education Arne Duncan had been very interested. But somehow the phone calls that had been set up to prepare for a presentation to the president were stopped. It appears that one or more people at the very top, just beneath Obama, have been blocking it from reaching the president over the past three years.

Farrell heard rumors that the council was rejected because it would take resources away from the White House Council on Women and Girls.The problem is that’s a zero-sum attitude in conflict with most of the White House that appears to agree that we’re all in the family boat together--if the family boat does well, we all navigate the troubled waters of life well. If we’re not all in the family boat cooperating, we sink together. Everyone on the commission and almost everyone Farrell has contacted in government agrees.

There may be a way around this sexist, anti-male roadblock. The council can easily be created with an executive order; it does not need Congressional approval. Farrell calls it “the easiest single bipartisan thing that would do more good for helping schools, foundations and private industry become aware that there is a boy crisis.” The main goal of the council is not to have government solve the problem, but to play an interactive role with industries, foundations and school systems, so parents become aware of what the five crisis areas are for our boys. They need to know what are the 10 major causes of these crises and the solutions that can fix them throughout every level of society.

Jeanette Hernandez Prenger, who is with the coalition to create the council and is Vice Chair of the Hispanic Chamber of Commerce nationwide, spoke with Teresa Chaurand, who is in charge of creating new councils at the White House. Chaurand concurred with Prenger's idea to organize Congressional support. Prenger went to Emanuel Cleaver (D-Mo.), head of the Congressional Black Caucus, and he got together with Republicans and Democrats and started building Congressional support for the council. At the same time, the new organization Leading Women for Shared Parenting, which includes both liberal and conservative women, came on board to support the proposal.

I asked Farrell why there was a need for a White House Council on Men and Boys. He told me that this is the first time in American history that our sons will have less education than our fathers. The ripple effect of that one statement is creating a disaster for our sons. In the old days, when a boy didn’t have much education or wasn’t academically inclined, he would become a construction worker, mechanic, farmer, or go into manufacturing. Those muscle jobs are declining in percentage, being taken over by robotics and microchips. Farrell told me labor is evolving “from muscle to microchip” or from “muscle to mental.” The areas that non-academic boys used to go into are evaporating.

Women are as good or better in the mental area and usually better on average with interpersonal skills, Farrell said, so lots of interpersonal jobs like greeting and selling, such as pharmaceutical reps and sales engineers, end up with a very high percentage of women.

The need for technical education in particular is growing. But the school systems are cutting back or eliminating vocational education that is necessary to prepare our children for the microchip world. Without that, we don’t become an effective global competitor; we destroy the family because girls and women are not interested in marrying into “failure to launch” boys and men. It leads to women asking themselves, “If I’m going to have a child, why should I marry one more child?” So many women end up not being married. An alarming 53% of women under age 30 in 2010 had children without being married.

The great majority of children who grow up in families where the parents are not married have little or no contact with their fathers. These children do worse in a whopping 30 different areas according to Farrell. These can be broken down into four larger umbrella areas. The first is socially: the children have less empathy, have fewer friends, and are more likely to be aggressive but not assertive. The second is psychologically: the children are more like to be depressed, suicidal, have ADHD, and are not as capable of postponing gratification - one of the key ingredients to becoming successful. The third area is worse physical health: there is much greater absence in school and more frequent visits to hospitals. Finally, children with little to no contact with their fathers are more likely to do worse in every academic subject, especially in math, science, reading and writing.

There is a ripple effect caused by the education disparities. When boys and men are not productive, that affects our entire position economically in the world. When our position economically weakens, our national security weakens. Any one of these crises with boys has a ripple effect that results in a profound effect on everything from our family to our country’s status in the world.

Another crisis area caused by the lack of a father is mental health. There is a stereotype that girls fall in love emotionally whereas all boys want is sex. But we’re now seeing that when teenagers and young people in their 20’s break up, the boys have more negative mental health outcomes than the girls. The boys are more likely to be depressed, suicidal and act it out in ways--such as driving fast, getting drunk or beating someone up--that distract their family and friends from their emotional distress over the breakup.

Another dimension of the mental health crisis among boys can be seen in the Newtown massacres. Mass murders are happening with increasing frequency around the country. We ask ourselves if guns are the issue? Is it mental health? It turns out over and over again that every mass murder in the last 8-10 years except one has involved a boy or a man. When we don’t pay attention to the mental health of boys and men, it makes us the equivalent of a terrorist state, where we’re always worried that the next time we send our son or daughter to school that the unintended mental health of some boy in that school is going to create a crisis for our own children.

Farrell tells me that the proposed council would look around the world as well as within the U.S. for possible solutions. Countries like Japan are integrating vocational education into their school systems, resulting in 97.3% of the vocational school graduates getting jobs within a year after graduation. The charter school Urban Dove in Brooklyn took the worst students from the worst schools and gave them three hours of physical education at the beginning of the day, then had the coaches stay with the students throughout the rest of the day, in case they needed to “defeat” problems with algebra, reading or other subjects. The leverage of friendship and ally-building mentality that the coaches established was used during the rest of the day, rather than disconnected after P.E. The result was that 95% of those children graduated from high school and are going to college. Without the program, none of them were predicted to have gone on to college. This is the type of solution-building that a council could highlight. It is not liberal nor conservative, nor is it male versus female.

Perhaps most troubling of all, the evidence reveals that children do even worse without a father in the home than they do without a mother in the home. Yet mothers are favored when it comes to awarding custody. This throws the notion that women are more nurturing on its head. It’s time to stop prioritizing the whining about women and swing the pendulum back to our guys, if only for the sake of our children. The playing field must be fair for our guys, and by creating this council, perhaps some of the damage can be rectified.