The “Mommy Wars” Are Over 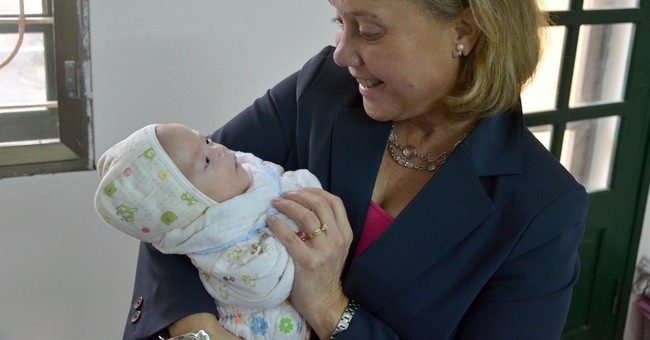 Women used to be faced with a dilemma: forgo a career to stay at home and raise children, or sacrifice the upbringing of your children in order to pursue a career. Since the 1960’s, feminists and conservatives have sparred over this choice. Feminists criticized mothers who stayed at home, claiming women could instead “have it all;” pursue a career while putting their kids in daycare. Conservatives criticized women who put their career first, correctly observing that a parent in the home raising the children is better for the children. This debate was known as the “mommy wars.”

The war is now essentially over and the feminists have won, although not because they were more persuasive. Only 12 percent of moms believe that working full time is an ideal situation for children, and 74 percent of adults say that mothers working outside the home makes it harder to raise children. About half of adults surveyed believe that children are better off if the mother does not work.

Yet today, only three in ten mothers do not work outside the home. The reason the feminists have won is because it is now difficult for men - as well as women - to make enough money from one job to support the entire family. As economic conditions continue to spiral down under Obama, employers have been forced to cut jobs, hours and benefits. Jobs that used to pay decently have been replaced by free student labor, or “internships.” Most parents are lucky to find full-time jobs that pay slightly better than minimum wage. There are fewer people working now than anytime within the past 35 years; only 63 percent of working-age Americans are in the workforce. At the same time, the cost of healthcare, gas, food and other necessities continues to increase.

The median annual household income across the U.S. in 2011 was $50,054. It is extremely difficult for a family of four or more to survive on that level of income. Many parents have student loans, credit card debt from a temporary loss of employment, or huge medical expenses from procedures not covered by insurance. Times have greatly changed since the Ward and June Cleaver era of the 1950’s; workers can no longer count on stable employment, and student loan costs have soared.

Men no longer have more college education than women, making it less likely men will have a high income. Women now make up approximately half of the U.S. labor force. In 1970, they only accounted for 38 percent.

Compounding the problem is the increase in single parents. The number of households led by single mothers has more than tripled since 1960, to 25 percent of households. It is more expensive to support two households than one, not to mention all the additional ongoing legal costs from child support and custody battles. When parents divorce, even if one parent was making a decent income, everything becomes more expensive. In this area the feminists have won some ground; they have successfully removed the stigma of being a single parent, making it easier for parents to walk away from their marriages rather than try and work things out for the good of the children.

What does this mean for families and children? Children are spending more time in daycare and less time with their parents. Over 60 percent of children under age five are in some type of regular child care arrangement. According to research from the Heritage Foundation,

Numerous academic studies suggest that more hours spent in daycare in a child’s earliest years is associated with lower social competence and negative behavioral outcomes, and that these persist through childhood and adolescence. Greater amounts of time spent in non-maternal care and younger age of entry into daycare were associated with a greater likelihood of socio-emotional problems and lower cognitive skills. The cumulative effect of extensive daycare was associated with lower academic achievement and poorer emotional health. As one comprehensive study that tracked 1,300 children from infancy through age 15 found, the quality of daycare was significantly less important regarding social and emotional outcomes than the number of hours spent in daycare. The negative effects of day care were more persistent for children who spent long hours in center-care settings.

Additionally, children are learning values from someone who likely does not share the values of the parents, which is especially troubling for conservative parents. The feminists have pushed hard for this in the name of women’s rights and this is the result.

When the left finds itself losing on a particular issue, it finds a sneaky way instead to ram its agenda through. Having failed to convince women it is better to put their kids in daycare and work full time, Obama and the left are forcing them to do so by continuing the dismal economic conditions. This is just one of many issues Obama is forcing through by artificially extending the recession. The same can be said about Obamacare. Making healthcare unaffordable is opening the door for single-payer (socialist) healthcare.

The left’s ultimate goal of putting both parents in the workforce and their children in daycare has nothing to do with their pretense of “choice” for women. It has everything to do with gaining control over our children at a young age and indoctrinating them in the left’s values. Daycare regulations are increasing and soon parents will have very little control over what happens at them. The only way to stop this is to put conservatives back in power in order to revive the economy with adequate jobs. Times have changed, especially with more women going to college than men, and so the real choice should be whether the mother or father stays at home with the children.