Phyllis Schlafly
|
Posted: Jun 21, 2016 12:01 AM
Share   Tweet
The opinions expressed by columnists are their own and do not necessarily represent the views of Townhall.com. 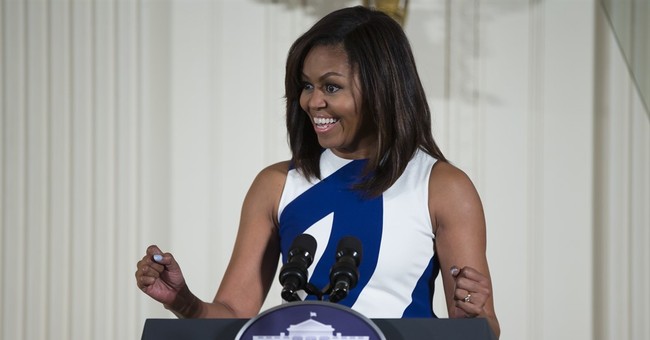 If you want to understand the catastrophe of education during the Obama administration, a new book by Dr. Peter Wood, president of the National Association of Scholars, is a must-read. His book is entitled "Drilling Through the Core: Why Common Core Is Bad for American Education."

As Dr. Wood explains, though, the word "higher" did not mean higher intellectual content of the standards, but a higher percentage of students passing them. Simple math shows that the easiest way to get more students to pass a test is to make the standards (or the passing score) lower, not higher.

The goal was revealed in a famous "white paper" that Common Core architects David Coleman and Jason Zimba wrote for the Carnegie Corporation in 2008. Coleman and Zimba called for new standards that would result in "dramatically raising the number and diversity of students performing at the highest levels."

The education establishment quickly accepted the theory that new standards would help close the "achievement gap" between minority kids from poor families, whose test scores are very low, and students from middle-class homes. With millions of dollars of support from foundations, corporations, and the Obama administration, Coleman and Zimba launched a new career developing the Common Core State Standards.

Well, the results are in. Far from closing the gap, Common Core makes the achievement gap even worse.

In 2010, Kentucky was the first state to sign up for Common Core's allegedly "higher standards," with the help of federal money from the Obama administration, before the standards had even been written. By 2011-2012, Kentucky had fully implemented the standards and was administering statewide assessments aligned to the Common Core.

The results for the 2014-2015 school year in Kentucky were recently published. Over that three-year period, the performance gap between black kids and white kids expanded from 25 percent to 27 percent in reading and from 20 percent to 24 percent in math.

Now that the damage has been done to Kentucky's lower-performing students, it's easy to see why. Common Core math is based on the theory that students are expected to discover math principles for themselves, instead of memorizing time-tested math shortcuts that almost everyone can learn.

Common Core math forces students to waste an inordinate amount of time on what Dr. Wood calls "tediously complicated forms of computation" instead of simple shortcuts. He says these methods "deliberately drive a wedge between parent and child, since very few parents can crack the code."

The Common Core's reading standards replace literature with non-fiction "informational texts" which require students to engage in "close reading." Even classic literary works are presented only in short excerpts, which are treated primarily as sources of information rather than inspiration.

One educational curriculum that has delivered on its promises is the abstinence program used in the public schools of Collier County, Florida. In the eight years since the program began, births to unwed teen mothers, ages 15 to 19, have fallen an amazing 50 percent, and cases of STDs among girls in the same age group have also dropped from 29th to the third lowest among Florida's 67 counties.

The curriculum distributed by the Collier County Abstinence Program (CCAP) was introduced ten years ago in the 7th and 8th grades, and proved so successful that age-appropriate versions are now used in the 6th and 9th grades as well. CCAP materials published by A&M Partnership are used in all 17 middle schools and all 8 high schools throughout the county.

Collier County is best known for the expensive retirement cities of Naples and Marco Island, but its student population is only 37 percent white. Several factors contributed to making Florida a good place for abstinence education.

Florida state law requires public schools to "teach abstinence from sexual activity outside of marriage as the expected standard for all school-age students while teaching the benefits of monogamous heterosexual marriage." The same law also requires schools to "teach that each student has the power to control personal behavior."

The other key factor is that Florida allows public schools to accept donations of supplementary materials and use those materials in the classroom to fulfill any required curricular objective. The 6th-, 7th-, 8th-, and 9th-grade course books provided without charge by the nonprofit Collier County Abstinence Program were welcomed by classroom teachers who saw how beneficial it is to have healthy kids.

Liberals like to say they are "pragmatic" and use "what works" while accusing conservatives of acting on the basis of "ideology." If you really care about "what works" in middle school, adopt the Collier County Abstinence Program in your public school.