We Don't Need Voting by Murderers

Phyllis Schlafly
|
Posted: May 03, 2016 12:01 AM
Share   Tweet
The opinions expressed by columnists are their own and do not necessarily represent the views of Townhall.com. 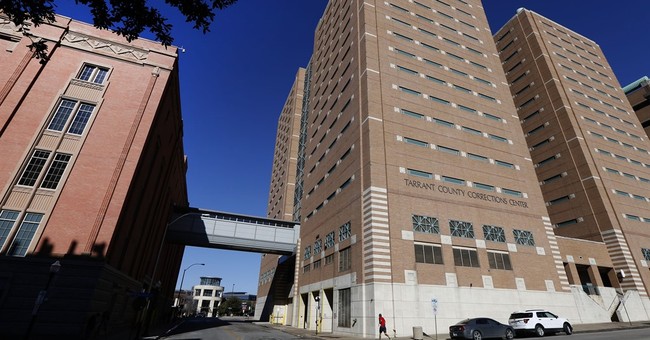 Our laws recognize that service on a jury and voting are not activities that should be open to anyone and everyone. People who are in our country illegally, for example, should not be voting in elections or serving on juries.

Children who are under age 18 should not be voting in elections or serving on juries. These activities require a level of responsibility possessed by law-abiding adults so their decisions will continue to safeguard our society against our enemies, foreign and domestic.

There is no constitutional right for murderers, rapists, and other convicted criminals to vote in our elections and potentially sway the outcome. Most states properly deny voting rights to persons who are convicted of committing serious crimes, while usually allowing a way for convicted felons to regain their voting rights only if certain conditions are met.

But the highly political Democratic governor of Virginia, Terry McAuliffe, is a lame duck and a close friend of Hillary Clinton. McAuliffe will automatically be out of work in less than two years because Virginia does not allow a governor to run for reelection.

McAuliffe realizes that in order for Hillary to win in November, she must carry Virginia. McAuliffe could then gracefully accept a high-level position in the Clinton Administration after his term ends, or even sooner.

The math is obvious. McAuliffe was elected as governor of Virginia by a margin of only 50,000 votes, despite outspending his Republican opponent Ken Cuccinelli by many millions of dollars.

There are 200,000 convicted felons in Virginia who have not been allowed to vote. By unleashing this voting bloc in time for November, McAuliffe could swing the outcome in Virginia to Hillary, which could push her over the top in the electoral college nationwide.

On April 22nd, Governor McAuliffe issued an unprecedented executive order granting the right to vote to 206,000 convicted felons, including murderers and rapists. He did this without any approval by the Virginia legislature, and in apparent violation of Virginia's state constitution.

The Speaker of the Virginia House of Delegates responded with justifiable outrage. "I am stunned yet not at all surprised by the governor's action," observed William J. Howell, R-Stafford. He pointed out that the Democratic Governor probably aspires to be picked by Hillary Clinton for a Cabinet position if she becomes president, and that McAuliffe has always viewed his governorship "as a stepping stone to a job in Hillary Clinton's cabinet."

Prior Virginia governors thought that such a massive change in voting rights could not be done lawfully by executive order under the Virginia Constitution. But when the goal is to allow murderers and rapists to vote, why let a little thing like a constitution get in the way?

The governor's shocking order affects juries, too, because he allows persons convicted of serious crimes to serve on them. People tried for murder in Virginia can now face people convicted of murder in the jury box.

Governor McAuliffe even vowed to issue new executive orders repeatedly to expand as much as possible the number of convicted felons, including those who have been incarcerated for violent crimes. Why aren't the feminists expressing outrage at allowing convicted rapists to vote and serve on juries?

Governor McAuliffe also extended voting rights to felons convicted of violent crimes who have not fully paid restitution to their victims for the injuries they caused. The victims of these violent crimes may be dead or unable physically to make it to the polling booths, but the perpetrators of heinous crimes will be able to vote however they like.

McAuliffe declared, "Once you've paid your time, there's no difference to me." But his actions demonstrate his political motive, because he did not restore Second Amendment rights to own guns to felons convicted of non-violent crimes who have "paid their time" because Hillary and other Democrats would not have liked that.

The Virginia legislature was in session the same week that McAuliffe made his unauthorized move by executive order, which thereby circumvented the democratically elected legislature. Hillary immediately applauded McAuliffe's power grab, which illustrates how she would ignore and circumvent Congress if she is given the opportunity to do so in the upcoming presidential election.