The Real Immigration Issue Is Jobs 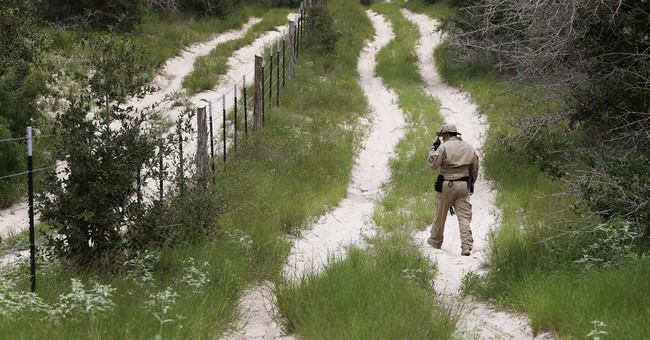 Congratulations to WorldNetDaily on its 18th anniversary. As an author, I'm so thankful to Joseph Farah and his staff for creating such an efficient route to communicate with millions of Americans. I am especially grateful to WND for tackling conservative issues every day so effectively.

Iowa staged a big show-and-tell for nine 2016 presidential candidates last week. Wisconsin Gov. Scott Walker seems to be the only one who talked about a growing issue at the grassroots: how American jobs and wages are adversely affected by Obama's immigration policies.

The United States gives permanent legal resident status (called a green card, which means lifetime residency plus the option of citizenship) to about one million people a year. In addition, the U.S. gives out half a million student and exchange visas, admission tickets to tens of thousands of aliens claiming to be refugees and 700,000 visas to temporary workers and their families.

After a speech in Cedar Rapids, Walker answered a question by saying he would make sure that our "legal immigration system is based on making our No.1 priority to protect American workers and their wages." That's music to the ears of the grassroots, but Walker seems to be the only candidate who gets it.

It was at least the third time this month that Walker had made the same point, using almost identical language. This time, in response to a questioner, Walker stressed, "I don't know how anyone can argue against that."

If you notice, the critics of Walker's immigration remarks don't address or try to refute his facts, but instead seem offended that he connected jobs and wages to immigration. In fact, the numbers are compelling.

According to a new report from the Congressional Research Service, the U.S. has admitted 51 million immigrants in the last eight years, and, as immigration expanded, the incomes of the bottom 90 percent of Americans dropped and then went flat. Republicans will be the big losers in 2016 in the face of headlines such as: "Middle class incomes drop as immigration surges."

Despite these numbers, the big corporations are demanding the right to bring in even more foreign labor. Just last Friday, a group of corporations invited senators to a closed-to-the-press briefing dedicated to "improving" the H-1B program by tripling the number of visas. As Rutgers professor Hal Salzman pointed out, that would enable the tech industry to fill 100 percent of its job openings with people brought in from China and India.

You have to watch the language and the choice of words. "Comprehensive immigration reform" means giving citizenship to the estimated 12 million illegal aliens now living in the United States.

I think everyone admitted to the U.S. should be informed at the border that you can never become an American citizen unless you swear a solemn oath to "support and defend the Constitution and laws of the United States of America against all enemies, foreign and domestic ... and that (you) take this obligation freely, without any mental reservation or purpose of evasion; so help (you) God."

Americans not in the labor force now exceed 93 million for the first time. With a labor force participation of 62.7 percent, we are at a 37-year low, according to the Bureau of Labor Statistics.

Today we have a record 12.2 million black Americans who are not in the labor force. For black teens age 16 to 19, unemployment is a whopping 25 percent, which means that 1 in 4 black teens does not have a job and is actively seeking one.

According to former Cincinnati Mayor Ken Blackwell, Obama's giving work permits to millions of illegal aliens is an unlawful attack on American workers at every skill level. Yet, Obama reassured the aliens: "All we're saying is we're not going to deport you."

Some in Congress are starting to talk about reforming Social Security. But no one is addressing the financial burden that Obama's 2012 executive amnesty caused the Social Security administration to issue 541,000 Social Security numbers to illegal aliens.

White House spokesmen telephoned friendly companies and assured them his immigration policies "would make it easier for them to retain foreign workers." But the public was fed a different line: Obama claimed foreign workers would not compete for existing jobs because they would be creating new "jobs, businesses and industries right here in America."