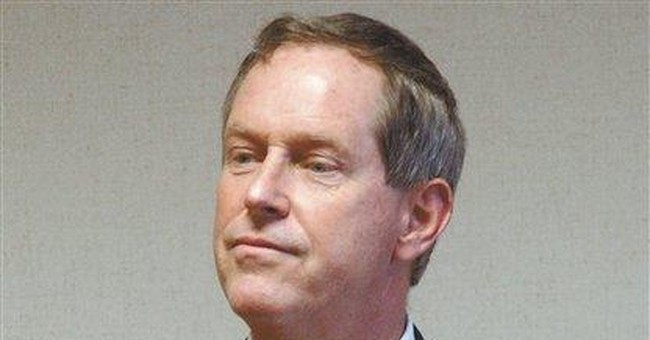 The sanctimonious shock at Rep. Joe Wilson's, R-S.C., calling out, "You lie," when Barack Obama said the health care bill will not insure illegal aliens reminds me of the Casablanca police chief saying he was "shocked, shocked" to learn that gambling was taking place in the cafe.

Barack Obama's congressional pals had defeated the Republican amendment to require proof of legal residency in order to be covered by the health care bill, and the American people know that illegals are now getting free health care at emergency rooms.

The surprise was that nobody cried, "You lie," when Obama said, "Under our plan no federal dollars will be used to fund abortions." Anyone who follows this issue knows that all Democratic-sponsored bills cover abortion funding, and that the Hyde Amendment does not apply to the health care bill because it only prohibits federal taxpayer funding of abortions financed through Medicaid.

Obama promised Planned Parenthood that: "In my mind, reproductive care is essential care. It is basic care, and so it is at the center, and at the heart of the plan that I propose."

Obama also stated: "We're going to set up a public plan that all persons and all women can access if they don't have health insurance. It'll be a plan that will provide all essential services, including reproductive services." Nobody disputes the fact that "reproductive services" include elective abortions.

Obviously, the feminists in Obama's audience knew he was lying when he said that no federal dollars will be used to fund abortions. If they hadn't believed Obama was lying, the feminists from Nancy Pelosi to Barbara Boxer to Barbara Mikulski would have erupted in audible protest.

No way will the feminists allow Obama's health care "reform" to exclude payment for abortions-on-demand. The feminists have already demonstrated their considerable clout in the Obama administration, and abortion funding is central to their long-term and short-term goals.

Rush Limbaugh pointed out the media's hypocrisy about the use of the word lie: There was no outcry when the other Joe Wilson (Valerie Plame's husband) accused President George W. Bush of lying in his State of the Union Address to a joint session of Congress. Liberal etiquette decrees that it's OK to call Bush a liar, but not Obama, with whom the media, as Bernard Goldberg detailed in his most recent book, have "a slobbering love affair."

Obama told another lie when he claimed that the Democrats' health care plan does not set up "panels of bureaucrats" with the authority to withhold life-sustaining treatment from elderly patients. He compounded his lie by accusing anybody who talks about such death panels of "a lie, plain and simple" (which everybody recognized as a not-so-subtle reference to Sarah Palin).

Another lie in Obama's speech was saying that the plan does not jeopardize Medicare benefits that seniors currently receive. He plans to cut $500 billion out of Medicare "waste and inefficiency," which can't be done without reducing benefits.

Other lies in Obama's speech included his claim that the health care plan will not add to the deficit, that anyone who is satisfied with his current health plan can keep it and that his plan will not require raising taxes on people earning less than $250,000 a year.

The fundamental lie in all the Democrats' plans is the pretense that they can insure an additional 50 million people without increasing costs and/or without reducing benefits for the other 250 million people who are basically satisfied with their current health care. People are protesting at tea parties and town meetings because they realize this is not possible no matter how many passionate speeches Obama gives.

The tea party march down on Pennsylvania Avenue on Sept. 12 was not only impressive in its size (estimates range from 1 million to 2 million Americans) but also because of the messages on the handmade signs they carried. They proved the marchers were authentic grass-roots, not astroturf.

Here are some samples of the homemade signs that show the rising activism of We the People: "The change I hoped for was freedom." "Recycle Congress." "1 czar down, 43 to go." "Don't Tread on Me." "You are not entitled to what I have earned." "I love my country, but I'm scared of my government." "Investigate ACORN." "Your fair share is NOT in my wallet." "Obamacare makes me sick." "I'm not your ATM." "Nurses Against Obamacare." "Abortion is not health care." "Undocumented worker" (under picture of Obama). "Congress pack your bags; you're going home in 2010." "If you're not outraged, you're not paying taxes." "Read the bill." "Bolsheviks promised change, too." Quotes from John Adams. And a sign carried by a 2-year-old child: "I owe $38,000."

Some signs were carried by immigrants: "Latinos are conservative, too." "I had enough socialism in the USSR."