Phil Kerpen
|
Posted: Feb 26, 2018 10:25 AM
Share   Tweet
The opinions expressed by columnists are their own and do not necessarily represent the views of Townhall.com. 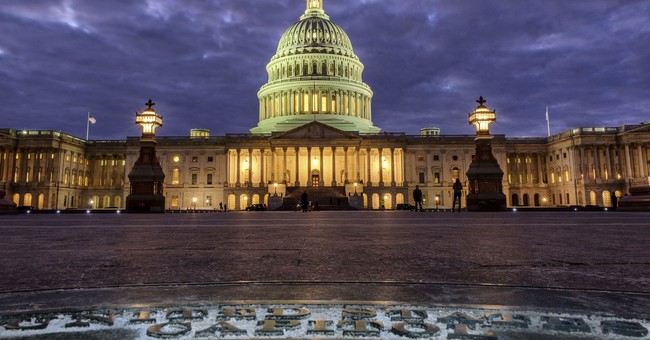 The first year of the Trump administration saw remarkable accomplishments on both tax and regulatory relief, with fundamental tax reform for the first time in decades and the massive regulatory onslaught of the Obama years stopped and reversed. With wages rising and the economy strengthening, the most important priority for Congress in 2018 should be to lock in these historic accomplishments.

As it stands now, nearly all of the tax relief for individuals is scheduled to expire in 2025, due to Senate rules that imposed a procedural constraint on the process to avoid a Democratic filibuster. The hope and expectation was that the expiration would never take place - but President Trump will not be president in 2025, and although Obama agreed to make most of the Bush tax cuts permanent, he did so only after a tense showdown and a last minute "fiscal cliff" deal.

Republicans need to make crystal clear to the American people that the tax cut expiration exists only because of Democratic intransigence. A vote on making the tax cuts permanent this year would deny the media and Democrats the criticism of the tax reform bill that the relief is temporary.

Equally important to the improvement in economic sentiment over the past year has been the sea change in the regulatory environment. The biggest, most expensive rules imposed on the U.S. economy by Obama have been or are in the process of being reversed.

President Trump signed an early executive order calling for agencies to eliminate two old rules for every one new one, and in the first year his administration outperformed that by an order of magnitude - eliminating 22 old rules for each new rule. An analysis by the American Action Forum found that a remarkable 81 percent of regulatory costs imposed in calendar year 2017 were imposed during the three weeks of January that Obama was still president.

Unfortunately, just as Trump was able to reverse the regulatory onslaught of the Obama years, there is presently no structural barrier to the next Democratic president putting all the growth-stifling regulations of the Obama era back in place - and worse.

To make regulatory relief permanent, Congress needs to pass the Regulations from the Executive in Need of Scrutiny (REINS) Act, which would require economically significant regulations to be sent to Congress and approved by a majority in the House and Senate before they could take effect. That would stop the pendulum swinging sharply back to hyper-regulation, while allowing sensible, beneficial regulations to move forward subject to public accountability through the legitimate legislative process.

REINS has already passed the House and has passed committee in the Senate, but has not been scheduled for a floor vote because of the threat of a Democratic filibuster. It presently has no Democratic cosponsors because Senator Joe Manchin of West Virginia, who used to cosponsor the bill, curiously no longer does. But can Manchin really face West Virginia voters taking the position that the next Democratic president should have a free hand to relaunch Obama's war on coal?

The House should pass and send to the Senate a new bill - call it the Tax and Regulatory Relief Permanency Act of 2018 - that includes the REINS Act as well as provisions to make all of the Trump tax cuts permanent.

The Senate should bring it to a vote and put Democrats facing reelection in Trump states to the ultimate test: do they lock in the tax and regulatory relief that is crucial to the economic prosperity of their constituents, or side with their obsessively anti-Trump donors and the chattering classes?

The result would be either very good policy or, if Democrats block it, a moment of clarity for voters.