Phil Kerpen  |  Jan 04, 2014
The opinions expressed by columnists are their own and do not necessarily represent the views of Townhall.com.
Top Columns
Trending on Townhall Media 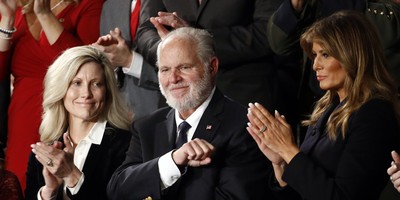 Just before Christmas, the Obama administration issued a blanket waiver for millions of Americans from the individual mandate requiring purchase of government-approved health insurance. The waiver, whose announcement was choreographed to give political credit to Democratic Senator Mark Warner of Virginia, was limited to individuals and families whose health plans were canceled by Obamacare. As Washington Post liberal blogger Ezra Klein put it: "Obamacare itself is the hardship" that qualifies cancelees for a hardship exemption.

Barack Obama won the Democratic nomination in 2008 by attacking Hillary Clinton on precisely this issue, saying: "It's not a mandate on government to provide health insurance; it's a mandate on individuals to purchase it... In some cases, there are people who are paying fines and still can't afford it, so now they're worse off than they were. They don't have health insurance and they're paying a fine. In order for you to force people to get health insurance, you've got to have a very harsh penalty."

He flipped under pressure from the health insurance industry.

It was recently revealed that nearly every major insurance company funds liberal advocacy group Center for American Progress, closely aligned with the Obama administration and one of the leading supporters of the individual mandate. Its founder, John Podesta, chaired Obama's transition team and recently joined the official White House staff.

It's clear why insurance companies want mandated customers, but if Obamacare really offers quality, affordable health insurance, there should be no need to accede to their demand. At least one liberal Democrat, Howard Dean, is now openly calling for the mandate to be repealed on that basis.

In an interview on CNBC Dean said: "The individual mandate was not necessary and it's probably a big political thing. And that is going to hurt the Democrats because people don't like to be told what to do by the government no matter what party they're in."

Do other Democrats have the courage of Howard Dean's convictions? Don't they honestly believe that Obamacare's plans and prices - with their billions of dollars of lavish subsidies from taxpayers - are attractive enough to succeed without the hammer of the individual mandate forcing people to buy them or pay a stiff penalty tax? Would they rather tell people who were previously uninsured they will be punished, while wealthier neighbors who had their insurance canceled are exempt?

It has been almost six months since House Republicans were joined by 22 Democrats to pass the Fairness for American Families Act, a bill written by Indiana's Todd Young that would give all Americans a one-year reprieve from the individual mandate-while reducing the deficit $35 billion according to the Congressional Budget Office.

During the floor debate, Nancy Pelosi claimed it was an attempt to undermine the whole law. She lacked Howard Dean's confidence that people would buy into Obamacare without being forced.

Harry Reid has not brought the bill up. Not even for debate or amendment. And only one Democratic senator, Joe Manchin of West Virginia, has expressed support for delaying the mandate. That needs to change.

The best way to find out if Obamacare is really a good deal is to delay the mandate and see if enough people willingly buy the new exchange plans to make them viable. That starts with Senate Democrats ending their shameful stalling of the Fairness for American Families Act.

Biden Shares First Page of His SOTU Address...and He Might Be in Trouble Spencer Brown
Trending on Townhall Video