Obama's War on Coal Goes to the Senate Floor 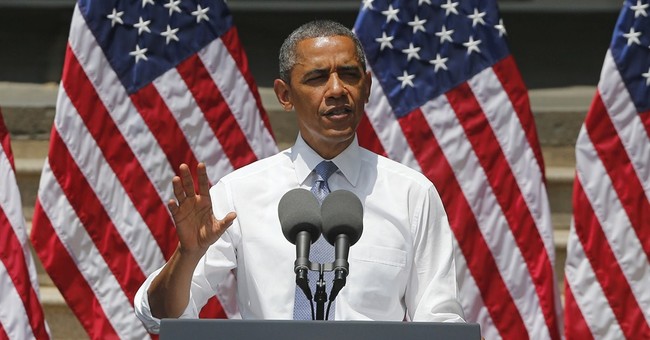 So much for the denials. An administration that denied it was waging a War on Coal has now come out and publicly declared its intention to shut down coal-fired power plants - putting hundreds of thousands of Americans out of work and sending electricity prices skyrocketing.

Obama claims he can do it all with no say from our elected representatives in Congress, but his designated point person for the effort, Gina McCarthy, awaits Senate confirmation. Given what we know now, a vote for McCarthy can only be understood as a vote for Obama's very expensive and destructive agenda.

McCarthy's insistence that the EPA would not require fuel-switching was instrumental in convincing coal-state Democrats to vote against a resolution less than two months later that would have barred EPA from implementing global warming regulations without Congressional approval. The vote, which was procedurally protected from filibuster, failed by just four votes.

Now that Obama is safely re-elected, there's no need to continue denying his fuel-switching policy. And in fact it's right there in black-and-white on page 19 of his newly released Climate Action Plan: "Going forward, we will promote fuel-switching from coal to gas for electricity production."

To reward her for her indispensable role in promoting this deception, Obama wants to promote McCarthy from her current EPA perch running the Office of Air and Radiation to the top job, from which she'll be called upon to systematically bypass the very Congress she deceived to implement Obama's anti-coal agenda.

Who better for that task than McCarthy? She once boasted in a commencement address that she "didn't go to Washington to sit around and wait for Congressional action. Never done that before, and don't plan to in the future."

Coal still produces 37 percent of U.S. electricity. A Heritage Foundation analysis found that implementing Obama's proposed regulation on existing coal plants would destroy more than 500,000 jobs, slash the income of a typical family of four more than $1,400 a year, and increase electricity prices at least 20 percent. Price spikes could be much higher in states that depend heavily on coal-fired power plants. President Obama once famously explained that he intended to make electricity prices "necessarily skyrocket."

Obama claimed McCarthy has "been held up for months, forced to jump through hoops no Cabinet nominee should ever have to." The truth is she's been asked eminently reasonable transparency questions by Senator David Vitter of Louisiana who thinks the American people deserve to know why, for instance, the scientific data underlying multi-billion-dollar regulations is being kept secret. So add a disturbing record of secrecy to her penchant for deception.

Senate Democrats have decided against passing the unpopular proposals they support legislatively (they never even considered the House-passed cap-and-trade bill) in favor of sitting back and letting the EPA take charge. Therefore the vote on McCarthy's nomination may be the only real vote on Obama's War on Coal. Senators who stand for jobs and affordable energy should vote against Gina McCarthy.