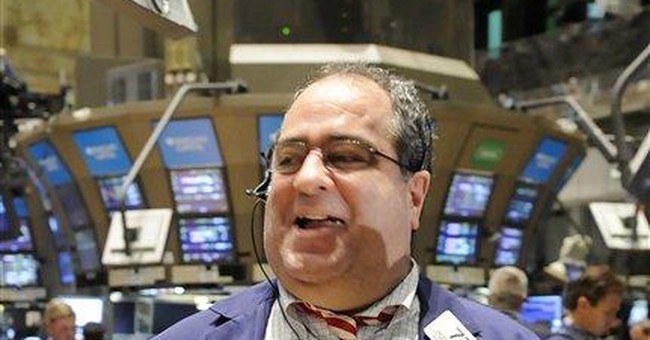 Each Christmas season in America, some traditional programs are sure to appear on television. Several versions of “A Christmas Carol” can be watched. A battle is waged at the North Pole by “Frosty the Snowman” against an evil magician and since 1965 “A Charlie Brown Christmas” has helped to remind us of the true reason for the season.

Around Thanksgiving, it has become nearly as traditional to watch a local television reporter stand nervously in the middle of a sea of quivering turkeys. As the reporter speaks, he or she invariably moves a hand or foot, which spooks the nearest turkey. A living wave of hysteria visibly and audibly washes across all two-thousand turkeys in the pen.

The turkey thing is interesting to watch, but I am chagrined to say that we see the same phenomenon continuously on the news. It is easy to spot now, as the focus has been nearly 24/7 regarding the various Wall Street crisis of the moment.

It is rather pathetic that we measure the well being of our economy to a large degree on the current reaction of the markets. Each day it is the same from the various financial news anchors, and it is almost like they are calling the play-by-play for some sort of unseen sporting event.

Let me be quite blunt. There is absolutely no wisdom to be found in the Dow Jones Industrial Average, and wisdom has nothing whatsoever to do with the current price of a barrel of oil on the world petroleum exchange. These various measures go up and down based on what some particular dude says, or something somewhere happens.

Then another dude says something else about some other thing, unrelated to the previous cause, and the measures go the other way. The market players react to an ever changing stream of news, and indeed, they truly are best characterized by the hysterical throng of turkeys.

Such may be funny to watch, but as we have seen just recently, regular hard-working people are affected by this hysterical thrashing. Some do it to themselves, selling off shares as prices fall and in so doing, they lock in irreversible losses. Others have it done for them by fund managers.

I suspect a more nefarious reality is at work, and it is entirely based on greed. Money is made in the markets when prices move, and when prices move quickly down and up, or up and down, a lot of money can be made very quickly, and repeatedly. The professional traders on Wall Street are not crying over the plunge in the Dow. They are rubbing their hands with glee, snatching up bargains created by panicking retirees.

When the prices go back up, those who had much, now have even more. Millions of regular folk have instead seen significant chunks of their retirement savings vanish into the vapor. It is greed, not because the professional traders have stolen the money, but because they have shoved the retirees off of the boat using fear tactics, and then they have simply taken their place. If any regrets are expressed, it would simply be “too bad, so sad.”

Indeed, the news folks play right into this game, reporting with earnest concern as the Screaming Meemies drive markets down and up and down and up. The result is the transfer of wealth from the long term interests of regular folks, to the short term gluttony of Wall Street Fat Cats. Too bad… so sad.