The Constipation of the United States of America 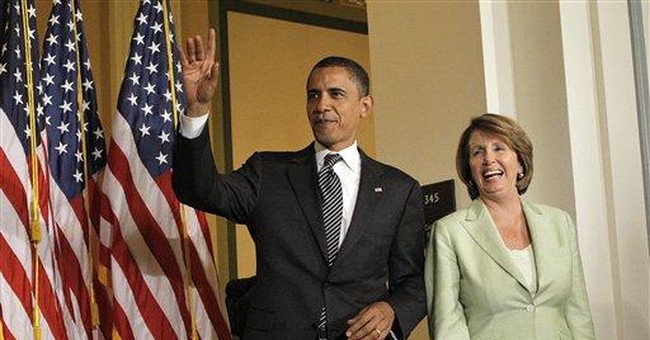 We all have a picture in mind of how life ought to be. Perhaps it is not so much a picture; but rather, a strong inkling of what life in America should feel like if all was well and things were running along smoothly. In any case, no matter how each of us perceives that blissful state of being, it is obvious that we are not experiencing it.

Life moves on, of course, and by outward appearances we are living as we always have. The alarm goes off; we clean up and head for work or school, each with a uniquely personal measure of enthusiasm. There is lunch, some afternoon drowsiness, and soon another day is in the bag.

Yet, there is something different today. It is a feeling of not being quite right; not precisely on top of the game. Our daily grind is faced with a bit less energy, a little less bounce in our step, and an extra glance or two over the shoulder. When we sit back and ponder the future, we are distracted by a heavy bloated feeling that hinders us from reveling in our dreams.

Many ads run on television for products that offer relief from constipation. It is a private malady, and one generally refrains from discussing such a plight in public. The advertisements suggest that being regular is an important key to happiness, so maybe we should discuss the perils of constipation more openly. Maybe if everyone were more regular, stress levels in society would be reduced and blissful living would be ever closer to reality.

Consider what we have all endured over the last decade or so, and no one can blame us for feeling a bit stowed up. The economy is up, and the economy is down. There were too few workers for jobs, and now there are too few jobs for the workers. The price for a barrel of oil was too cheap and now it is stratospherically too high. It rained too little for so long, and now it has rained too much. There was a peace dividend because we were strong, and now sabers rattle for no good reason in Russia, China, and the Iran, liberals say because we are too strong.

An irregular diet and lots of stress seems like a perfect recipe for constipation. Sometimes, when we get too complicated in treating ailments, there are unforeseen, rebound effects that can be worse than the original symptoms. One can always make a case for using natural remedies whenever possible; leading ultimately to a steady, lasting improvement.

The United States of America is suffering from a severe case of social and political constipation. Liberals, such as Barak Obama and so many of the democrats who are in control of Congress are addicted to invasive remedies.

For instance, many liberals would have us solve our energy problems, by raising taxes on the fuel and energy we buy. They argue that higher prices are good, because higher prices will force Americans to conserve energy. I don't know about you, but that sounds to me a lot like an ice-water enema mixed with a cup of Tabasco sauce.

America will have her moment come November of this year. Conservative Republicans are the closest thing to a natural, steady remedy for what ails this nation. Handing the Congress over to the democrats was an experimental treatment that many demanded. We need to correct that mistake, because it has proven to be costly, counter productive, and painful in the end.