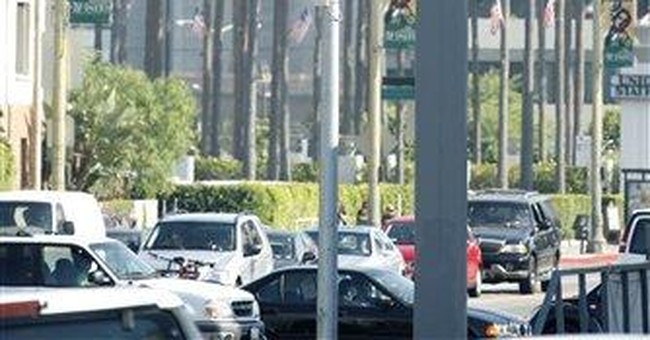 If you live under the false premise that doomsday will never come, some basic laws of nature (concerning energy) may be appropriate for you to note. Roughly speaking, since I am no physicist and neither are most of you, Entropy is the tendency of a system to move from a higher state of potential energy to a lower state. It measures the "unavailability" of a system's energy to do work. Anything (energy-wise) that is useful must move to a higher state of Entropy, or it is useless to us.

My high school physics teacher used the example of an object placed on a desk. Potential energy was stored, because it was raised up in resistance to gravity. Gravity wants to return the object to the ground, and if the object is allowed to fall, the object's Entropy has increased. On the ground, it has a high level of Entropy, because the availability of the object's energy to do work no longer exists.

Conservation of Energy, not to be confused with blind draconian howls for energy conservation, is the idea that energy is not created nor is it destroyed. Instead, energy always flows from one system to the other.

When we consume fossil fuels, stored potential energy does work for us in useful ways. That work drives pistons in our engines. It also boils water to steam that spins turbines, which then drive electrical generators.

There are always consequences to "consuming" energy. When energy does work, things change and what existed before now exists in different forms. Remember, when we consume potential energy, that energy is moved to a higher state of Entropy. Things are always on the move… downhill.

Alternative energy sources are not without consequences either. Just apply some of this basic understanding of energy, and how it is that energy is useful to us, and you can begin to suspect that within the panacea, there may be dangers that are not apparent.

Solar energy panels are used to collect the sun's energy, converting it directly to electricity. That sounds terrific, but there are some things to consider. These panels are dark surfaces, which will capture the heat of the sunlight. Much of that light would have been reflected back into space, but now it has been converted to heat and will remain a part of our planet. Did you know that the photovoltaic panels are not sliced from silicon trees?

No, although silicon is the second most abundant element in the Earth's crust, it must be refined like anything else before it is useful. Silicon is extracted by heating sand along with coke (same as steel) in electric furnaces, which of course requires a lot of energy.

Wind turbines are good ideas, but no one wants to live in a world where you cannot see the forest, because a thicket of giant wind turbines surround us. Just ask John Kerrey and Ted Kennedy about this point. No doubt, they will have little objection as long as lower-classes of people, like you and me, are left to deal with it.

What will be the effect of interfering with the winds that naturally sweep across the landscape? Of course, there are those unfortunate birds and bats, whacked out of the sky by the whirling blades. Is that a concern?

Geothermal energy seems like a good idea, but I suspect there will be a piper to pay if this technology spread across the globe. Remember, how energy is always on the move, from stored potential energy to a higher state of Entropy. We enjoy life on this planet in large part due to the Earth's magnetic field. This magnetic field is generated because the Earth has iron in a liquid or semi-liquid core.

The mushy insides of our planet circulate due to this non-solid state, and that liquidity depends on stored energy (heat) that exists under the surface. If we tap that heat on a planet-wide scale, there will be a transfer of heat to the surface and ultimately away from the core. Mars is said to have cooled, and no longer has a liquid core. Mars does not have the magnetic fields as we do, that protect the surface from the ravages of solar radiation.

Mankind cannot and simply will not exist without converting potential energy one way or the other, and doing so inevitably leads the world to a higher level of Entropy, and ultimately to our doom. I dare say that the planet cannot help but change, mostly due to the tendency of all systems to reach a higher state of Entropy.

Man is a part of the equation, and due to the laws of nature, the end result will be the same no matter what we do. In terms of alternative energy, just as the grass always looks greener on the other side of the fence, once we leap over the fence we may find that it isn't necessarily so.