Peter Roff  |  Jun 12, 2017
The opinions expressed by columnists are their own and do not necessarily represent the views of Townhall.com.
Top Columns
Trending on Townhall Media 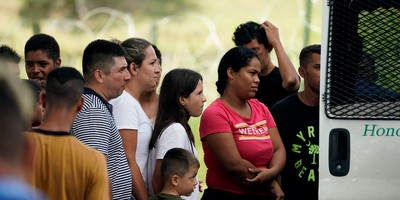 No one can really say if what we pay for generic and brand name pharmaceuticals are in line with their cost. It’s a subjective thing. After all, can you really put a price on something that could literally save a life?

That doesn’t mean some politicians won’t try – and therein lays the danger.

We’ve all heard horror stories like the one involving the drug company CEO who raised the price of an AIDS drug from $13.50 a pill to $750. The politicians and political activists who are driving American health care policy today called it price gouging and, little surprise, all considering measures in response could severely damage the industry.

According to a June 2 report in the Financial Times “The practice of raising U.S. prices twice a year – by 10 percent in January and the same in June – used to be the norm in the pharmaceuticals industry, but that has become less common following the intense political focus on the cost of medicines.”

President Donald Trump has called that “getting away with murder.” Maybe so but it is unarguable these price hikes give the politicians something to talk about to their voters as they’re not busy repealing and replacing Obamacare as they’ve repeatedly promised to do.

Pfizer, one of the biggest names in the pharmaceutical industry, has been singled out for what amounts to a combined price hike of 91 percent on nearly 100 drugs it manufactures this year alone. Among those medications that are now more expensive are Lyrica, which is used to treat nerve pain, and Viagra, a popular anti-impotency treatment.

The company defends its actions as responsible and says it has programs to help those who cannot afford the medications they receive so they can have access to them anyway. That’s not much of a consolation to those in the struggling middle class, many of whom are now shelling out big bucks on premiums for health insurance that never kicks in because of similarly soaring deductibles. Having a card is not the same thing as having coverage that helps defray the cost of health care.

If Pfizer appears tone deaf to the new reality others in the industry seem to be listening. Brent Saunders, the chairman and CEO of the drug company Allergan said as much in a piece that appeared recently in Forbes.

“Our industry” he wrote, “has a social contract. Patients understand that making new medicines requires significant investment. Companies doing the hard, long and risky work of bringing new medicines to market have generally understood that they have to price medicines in a way that makes them accessible to patients while providing sufficient profit to encourage future investment. Everybody wins when it works the way it should.”

To some that may sound like typical corporate social responsibility nonsense concocted by skilled public relations strategists. Yet Allergan has released a “Social Contract with “Patients,” a binding commitment to principles regarding investment and innovation, access and pricing, quality and safety, and educating physicians to ensure the right drugs are used for the right reasons.

It’s certainly more concrete the vague platitudes coming from Pfizer and others in the pharmaceutical industry. More importantly, by getting other companies to sign on it’s the kind of thing that may head the politicians and regulators off at the pass. As we have seen from Obamacare, once they get going on “fixes” to health care, things tend to get worse.

What Saunders has initiated is the kind of succinct, direct leadership many Trump voters expected they would see from their man once he was elected. Obamacare repeal is stalled in the Senate. There’s little the president can do to kick it loose. If he were, perhaps, to turn his considerable powers of persuasion and negotiation on drug company CEOs by bringing them together to find ways they could bring down costs and expand access to life-enhancing as well as life-saving drugs without the intervention of the government we might end up with something everyone – consumers, manufacturers, and politicians – could live with. It’s the kind of innovative, outside-the-box leadership the people who voted for Trump expect and only someone with his background in corporate America could likely deliver.