Now Greeks Should Dump the Euro 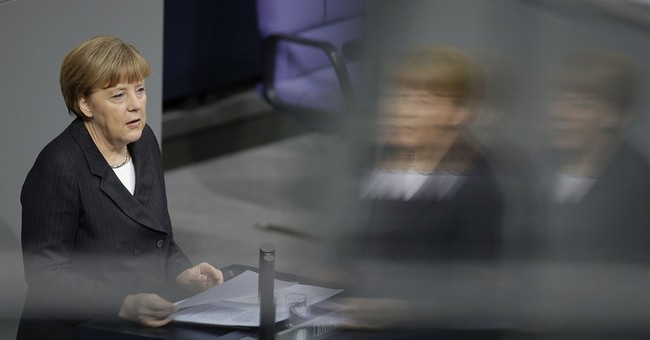 By electing Syriza leader Alexis Tsipras to be premier, Greeks voted to end the draconian economic measures imposed by Germany and other international lenders. After the dust settles, German Chancellor Angela Merkel will either backpedal on the austerity imposed on Athens or accept Greece’s exit from the euro.

When the single currency was established in 1999, prices, bank accounts and debts in each member state were translated from domestic currencies into euro at prevailing exchange rates.

Prices for most products that were traded within the Eurozone reasonably reflected differences in productive efficiency and wages among its members. However, owing to differences in national geography, law and culture, productivity advanced more rapidly in Germany and other northern states. Greece and other Mediterranean members increasingly borrowed to pay for imports as their exports became uncompetitive and inadequate.

By 2008, just as many U.S. homeowners were too deeply in debt to ever repay what they owe, Greece and several other southern European governments couldn’t service their debts.

In exchange for loans from the Troika, Greece agreed to huge tax increases and spending cuts, privatization of government assets and market-oriented deregulation.

The goal was to boost efficiency, lower labor costs and make exports more price competitive so that the Greek economy could grow. And with a broader tax base, Athens could then service its restructured debt.

By any measure, the exercise has failed.

Since 2008, the Greek economy has shrunk by 25 percent, and the stock market is down more than 80 percent.

Starved for investment, the Greek private sector has fallen further behind the rest of Europe—one in four small and medium sized enterprises have shuttered.

Athens’ debt is now 160 percent of GDP—significantly more than before the crisis began—and 34 percent of private loans are in arears or default.

This summer Athens must pay the ECB €7.2 billion ($8.3 billion), and it simply doesn’t have the cash. In exchange for another loan, the Troika led by Merkel wants more taxes, spending cuts and reforms.

With unemployment at 26 percent, Greeks have had enough.

Syriza wants the Troika to mark down Athens’ debt and to boost government spending and cut taxes for low and middle income Greeks—the kind of stimulus President Obama implemented in the wake of the financial crisis.

That pretty much comes down to forcing the Troika—and Merkel—to give Greece the money it needs while letting it abandon terribly failed austerity policies.

German politics won’t let Merkel agree, and with the shadow of a Greek default hanging over credit markets, a banking crisis is likely.

Foreign businesses and Greeks will withdraw cash from Greek banks, and the ECB will have to lend Greek banks what they need or let them default.

At that point, the only options will be for Angela Merkel to blink—let Greece abandon austerity—or for Athens to issue drachma.

The Greek government could declare all bank accounts and debts, public and private, converted to the new drachma. Let to float on foreign exchange markets, the value of the currency and the price of Greek exports would fall, and the process of economic recovery could finally begin.

A falling drachma would impose significant losses on the Troika’s holdings of Greek sovereign debt—and on foreign banks who have lent money to Greek businesses and citizens. But like mortgages underwritten by Citigroup during the years before the financial crisis, those loans should never have been made.

More importantly, Spain and other Club-Med states bedeviled by double digit unemployment, thanks to Merkel’s economic orthodoxy, would see the folly the euro and her prescriptions have become.