Joe the Plumber - A Candid Citizen and Media Victim 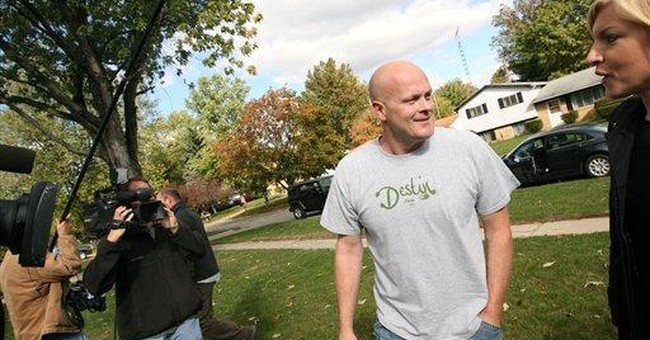 Forget the election for the moment. We will know the outcome in two weeks. The question one ought to consider seriously is what to do with one's money. Lord knows there is a great deal of advice out there. One of CNBC's gurus has advised especially older folks or anyone who will need money in the next five years should take all of their money out of the stock market. On the other hand the Oracle of Omaha, Warren Buffett, has said the current situation represents A remarkable opportunity to buy. So from his personal account he is investing - and buying American. He is perhaps the shrewdest investor in the world.

What we know about the market is that it will come back. We have had many bear markets from the 1800s. The average recovery time has been around 16 months. We cannot predict when we have hit bottom and will begin to turn around. Only in hindsight will we know. We can say that when the market does recover it most often recovers at least a third higher than when the decline began. My financial advisor is Ric Edelman, who has a better track record then almost any other advisor. He tells his clients to stay in the market. He makes the best case for doing so that I have heard from anyone else. Last year he switched many of us to a different program which he monitors more closely than other investments. While we were hit hard during the recent bear market, those of us in Edelman's program were less severely hit than those who had traditional programs.

This past week we have a new figure on the scene who ties the economic issue together with the political process. I speak of Joe Wurzelbacher, now known as "Joe the Plumber." Senator Barack H. Obama was campaigning door to door near Toledo, Ohio. He knocked on the door of Joe the Plumber. He asked Obama about his economic program. He said he hoped to take over the small plumbing business when his boss retired but that higher taxes would preclude his doing so. Obama said he didn't want to punish Joe's success but he wanted to be sure the people behind Joe would not be hurt. Then he said something which has put him on the defensive. He said that when you spread the wealth around it is good for everyone.

The Federal Tax Code used to spread the wealth around? At last we know the thinking behind Obama tax-cut plan. Well and good. My real problem with this scene is what the media has done to Joe. The media has treated Joe as an enemy and probed his personal life. The media has made a big issue of the fact that Joe doesn't have a plumbing license. He doesn't need one because his boss has one but you would never know that from the media coverage. We learned that he owes $1,000 in back taxes. Representative Charles Rangel (D-NY), Chairman of the House Ways and Means Committee, owes a lot more in back taxes, but Joe received more front-page and hourly coverage by the news networks than did Rangel. Why? All the man did was to ask a question. He was at his own home when the candidate came to him. It is not as if he drove 50 miles and fought his way through the crowds to confront the candidate.

Now both candidates of the major parties are invoking his name. He is appearing on radio talk-shows and television variety programs. There is something wrong with our media when an ordinary citizen can't ask a tough question of a candidate for the Presidency without being the subject of ridicule. If Joe had been a liberal and had asked McCain a tough question the treatment would have been entirely different. We would not know about his personal problems. There would be no ridicule, only adulation. That is because the media is extremely biased. The media has an agenda to advance leftist causes regardless of who represents such a cause.

The one good thing that has occurred from the "Joe the Plumber" episode is that it has clarified the agenda of the media. That alone will have a positive effect on the body politic. Andy Warhol was right. The day after the election no one will remember Joe the Plumber. Next time we have a Presidential election he never will be mentioned. So take advantage of your instant fame, Joe. Tell it as it is. We have too little of that from either side.