Protecting the National Anthem, the Pledge of Allegiance, and Our National Unity 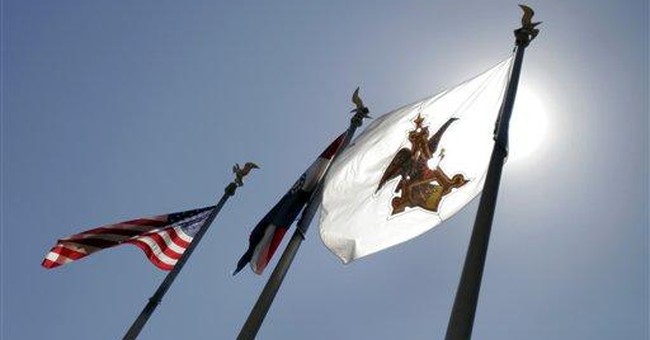 Remember in grade school when we first were introduced to the Pledge of Allegiance? One can picture that scene everywhere in America, no matter if it occurred in a one-room school house or in a sophisticated, high-tech school in an urban area: children learned the Pledge. Indeed, I learned the Pledge before the words "under God" were added in 1954, so I occasionally stumble over that line. I am recalling how I originally learned the Pledge. My father, a German immigrant, and my grandfather on my mother's side, a Norwegian immigrant, both told of learning the Pledge in the classes they took to learn English.

Likewise the Star-Spangled Banner. It always was sung in schools, although not always by the whole class. Learning the words are among my early childhood memories. Of course, the Pledge of Allegiance and the Star-Spangled Banner were always in English. Even in the classes teaching English, it was a challenge to learn them in English. Not any more. ProEnglish notes that students in schools from Arizona to Wisconsin are asked to recite the Pledge in Spanish, this in the name of diversity. In fact, some schools are even reciting the Pledge in German or Korean.

By the way, the Spanish lyrics to the Star-Spangled Banner are not a direct translation. One of the lyrics was changed to read, "They can't help where they were born," sung to a salsa beat.

ProEnglish, in a backgrounder, quotes the late Barbara Jordan, who was Chairman of the U.S. Commission on Immigration Reform, saying "Cultural and religious diversity does not pose a threat to the national interest as long as public policies insure civic unity." With the public overwhelmingly against reciting the Pledge and singing the Star-Spangled Banner in a foreign language, such policies certainly do not foster civic unity.

ProEnglish is backing remedial legislation to meet the objections of critics of Pledge diversity. H.R. 6783 is wanting for co-sponsors. Talking points in support of the bill state that reciting the Pledge or singing the Star Spangled Banner in languages other than English undermines the spirit of national unity. The talking points identify two different polls, one by Opinion Dynamics, the other by Gallup, both of which show overwhelming opposition to reciting the Pledge or singing the Anthem in any language other than English.

The Pledge Language in English Declaration and Government Endorsement Act of 2008 (H.R. 6783) bars federal funds for educational institutions that allow the Pledge of Allegiance and the National Anthem to be recited in languages other than English. They were composed in English and were meant to be recited or sung exclusively in our national language.

The problem is that the clock has run out of time for action on English. That suits the advocates of "diversity." They know that the longer they stall action on H.R. 6783 the less likely it is to pass. They have succeeded with this strategy for years. Those who favor English as the official language in the USA have managed from time to time to get a measure passed by one House of Congress or the other. But the bill always was dropped when the House-Senate Conference tried to reconcile both bills.

The same strategy is being employed in Massachusetts on the same-sex marriage issue. The State Supreme Court imposed same-sex marriage upon the State. The Massachusetts electorate responded with a referendum to overturn what the Court tried to do. It must be approved during two sessions of the Legislature, which is why it failed the first time. Now it must face the voters for the second time. Meanwhile opposition to same-sex marriage has waned. It is doubtful that the amendment to the State Constitution will pass.

We can look for advocates of English immediately to promote various approaches in the next Congress. But unless we have a President or a Congress sympathetic to this idea it will be stonewalled, as it has been in this Congress. If we have a President who is sympathetic he can make English he would need to push hard to get it through Congress. Should the Congress be sympathetic it would be obliged to make it part of "must pass" legislation. Yet it is important that all of us who believe in the concept continue to push for it regardless of the outcome. If we don't, the practice of "diversity" will be everywhere. If we do, we likely will stave off the worst of it.