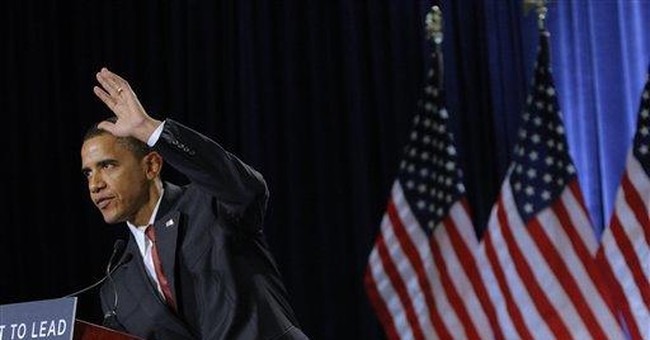 Whatever one thought of President Richard M. Nixon, political advice was worth considering. One cannot help but think of the late President as one observes the current race for the Presidency. Nixon suggested multiple times that a potential Presidential nominee run to the left or right in obtaining the Presidential nomination, but upon securing the nomination the candidate should run to the center, as that is where the majority of the electorate is. He pointed to Barry M. Goldwater who ran hard to the right to secure the nomination in 1964 but failed to run toward the center and was crushed in the general election. He highlighted George S. McGovern who ran hard to the left to secure the Democratic nomination in 1972 but who continued to run to the left in the general election and was defeated by Nixon.

Those who disagree with Nixon often point to President Ronald W. Reagan who ran to the right to win the nomination in Detroit in 1980 but did not move to the center for the general election and yet crushed the incumbent Jimmy Carter. One can argue Nixon's advice with case studies. The fact is that most candidates of either party tend to follow it. And so it is with Senator Barack H. Obama (D-IL), who ran to the left of Senator Hillary Rodham Clinton (D-NY) to win the Democratic nomination but who has since galloped to the center. Guess what? It is working. A colleague expressed amazement that more of an issue has not been made of Obama's move to the center. He expected Obama to lose support from the left over his centrist moves. My favorite local radio talk show host, 630 WMAL's Chris Plante, suggested that if Obama maintains his move to the center, he may find himself more in agreement with Obama than with the presumed GOP nominee, Senator John S. McCain III, who has taken many positions in his career which upset traditional conservatives.

Here is why what Obama has done has helped him. When the first-term Senator from Illinois began his run for the Presidency, he was an unknown quantity nationally. Even in Illinois, where he had served in the state Senate and where he had won a landslide victory over conservative Alan Keyes, voters knew little about him. That gave Republicans the opportunity to define who he was before he had a chance to do so himself. They brought up his association with radical leftists such as Pentagon bomber Bill Ayres and the Reverend Jeremiah Wright, who damns America, and the fact that National Journal had named him the most liberal Senator in Congress. Voters were unsure who the Senator was. Was he really a doctrinaire leftist who exceeded Senator Clinton's liberalism? So voters began to pay more attention to Obama. By apparently softening his demand for instant withdrawal from Iraq, by supporting the Foreign Intelligence Surveillance Act, which earlier he had vowed he would filibuster, and by rejecting public financing when he had said he would take it, he moved to the center. Republicans thought they had another opportunity to make Obama into a flip-flopper, as they did with the 2004 Democratic nominee, Senator John F. Kerry (D-MA). It has not worked. Why? Because the public does not object when a candidate changes his mind so long as the change is in a direction they approve. Likewise the Obama campaign made a big deal of Senator McCain's switch to permit offshore oil and gas drilling and to support tax cuts he originally opposed. The public wants those policies changed, so McCain is not to be faulted for moving in such a direction.

But back to Obama. The public is very fair. When they hear an accusation they do not believe it immediately. They first observe the reaction of the candidate against whom the charge is made. Then they look at the content of the position and whether it is in the direction they like. If it is something with which they agree, the flip-flopping argument does not hold. So here is this brand new Senator from Illinois who started out the race for the Presidency with a blank slate which tilted left. Unlike his chief rivals, Clinton and McCain, both of whom had public records, Obama was relatively unknown. Now that the public thinks he is not locked into the left but appears willing to compromise, they have a more favorable opinion of him. He has begun to open a small lead over McCain and in some states, such as Pennsylvania, his lead is a double digit one.

It was the same with Reagan in 1980. In California, Reagan was well known, having been a two-term Governor, but nationally he was unknown like Obama. Liberals branded Reagan a B-movie actor who was really a warmonger and might get us into World War III. He wanted to take away Social Security and was just plain dumb and uneducated. Carter, having survived a primary challenge from Senator Ted Kennedy (D-MA), had a steady lead over Reagan until their only debate, less than two weeks before the election. The public tuned into that debate in record numbers. The public had heard the charges liberals made against Reagan but they did not believe them automatically. When they saw Reagan debate that night, they saw that the description liberals had made of the Governor did not match reality. He was well-educated, informed, and non-threatening. The idea of cowboy Reagan dragging us into war simply did not correspond to what they saw. Immediately after that debate Reagan opened a small but steady lead against Carter which culminated in the former's landslide victory that November.

It is true that Obama's friends on the left who helped in the primary elections earlier in the year are angry at the presumed Democratic nominee. That helps Obama. To have Reverend Jesse Jackson, who represents yesterday's politics, attack Obama has caused voters who previously supported Clinton to think that the Illinois Senator cannot be that bad. This is right out of the Clinton play book.

It is still a long time before the elections. Anything can happen between now and then, so we cannot draw any permanent conclusions from what is happening in campaign 2008 for the moment. Still, Richard Nixon must be smiling as another Presidential candidate benefits from his advice.