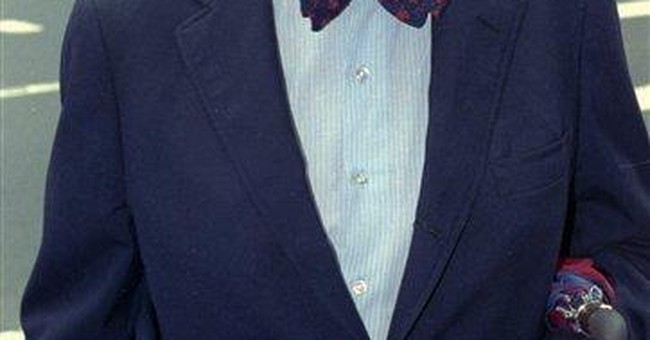 I came to Washington 42 years ago. At the time liberalism was riding high. Senator Barry M. Goldwater had suffered a humiliating defeat. Democrats got commanding margins in both Houses of Congress. The media was overwhelmingly liberal. There were very few op-ed conservative writers. There was no talk radio as we know it today. Those of us who worked in the Congress didn't even call ourselves conservatives that brand had been so disgraced.

I observed the gradual decline of liberalism. The Richard M. Nixon-Spiro T. Agnew ticket represented another setback for conservatism. But beginning in the middle to late 1970s, conservatism was on the march. The election of Ronald Reagan in 1980 represented the triumph of conservatism. Later in the decade broadcasting was deregulated, resulting in remarkable talk-radio networks which have influenced policy politics. There are so many conservative op-ed writers that newspapers can't begin to accommodate them all. Conservatives took over the leadership of the Congress. Republicans controlled one or both branches of Congress during much of the past couple of decades.

For that reason my colleague William S. (Bill) Lind and I will release a book we call the next conservatism. It covers the waterfront and presents the movement with new ideas. The book should be available soon after the 2008 elections. Many of the ideas are controversial. We hope to engender a national debate over some of them.

It remains to be seen if conservatism can regain the initiative which was lost in the past few years. When there is a vacuum liberals always are prepared to rush in. When President Reagan took office the majority of Americans believed that government was the problem. Today, I am sorry to report, the majority of Americans are convinced that government is the solution. It isn't, of course, but by time the public again is convinced that government is the problem it may well be too late. Conservatives gave up some of their principles in order to retain power. The public has lost confidence in the conservative movement.

As one who has devoted most of his adult life to the conservative cause, it saddens me to recognize this. Yet we can't begin to recover unless we acknowledge the problem. We hope when our book comes out you will help to start a debate over some of the ideas we advance.

Only by that means will we be able to begin to recover. It remains to be seen if conservatives again can seize the moral high ground and frame the issues so that conservatives will have the initiative in my lifetime.