Friendly Suicide Advice for the GOP

Paul Jacob
|
Posted: Feb 11, 2018 12:01 AM
Share   Tweet
The opinions expressed by columnists are their own and do not necessarily represent the views of Townhall.com. 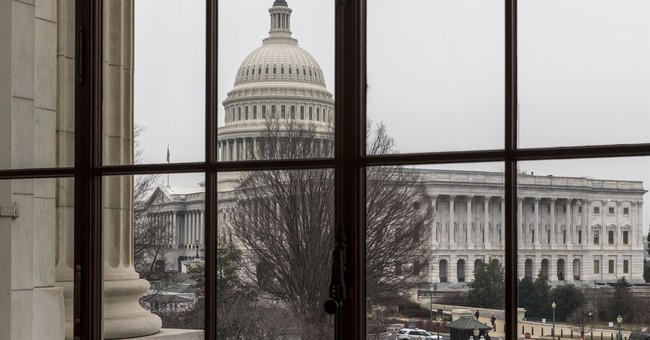 Should conservatives and moderates and right-of-center independents and libertarian-leaning folks do likewise?

That’s the unsolicited advice blurted out in a recent Atlantic opinion piece.

“Boycott the GOP,” shouts the headline; the blurb states the thesis as “If conservatives want to save the GOP from itself, they need to vote mindlessly and mechanically against its nominees.”

Mindlessly? Mechanically? Against its own nominees?

One might easily dismiss such a crazy idea as just another in a long line of sincerely spoken suggestions from progressives that conservatives, for their own good, should slit their wrists. But the authors of this blunt opinion, Jonathan Rauch and Benjamin Wittes, are two of the more clear-headed scribes in all of political journalism.

Or were? You know, before contracting Trump Derangement Syndrome.

Still, hear them out. They want the Republican Party to either right itself or implode, adding that they much prefer “the former.”

Why such a stark choice? “The Republican Party, as an institution, has become a danger to the rule of law and the integrity of our democracy,” they contend. “The problem is not just Donald Trump; it’s the larger political apparatus that made a conscious decision to enable him.”

The GOP “has proved unable or unwilling (mostly unwilling) to block assaults by Trump and his base on the rule of law” according to Rauch and Wittes. “Those assaults, were they to be normalized, would pose existential, not incidental, threats to American democracy.”

“The first is his attempt to erode the independence of the justice system,” and what they call “Trump’s sinister interactions with his law-enforcement apparatus: his demands for criminal investigations of his political opponents, his pressuring of law-enforcement leaders on investigative matters, his frank efforts to interfere with investigations that implicate his personal interests, and his threats against the individuals who run the Justice Department. It also includes his attacks on federal judges, his pardon of a sheriff convicted of defying a court’s order to enforce constitutional rights, his belief that he gets to decide on Twitter who is guilty of what crimes, and his view that the justice system exists to effectuate his will.”

I’m with the authors. It is authoritarian — even un-American — to have your political opponents arrested. Which is why U.S. policy towardregimes, like Egypt, which for decades have followed this tyrannical model and still made big withdrawals from US coffers, is so deplorable. But what Trump opponent has been brought up on criminal charges?

I’m with the authors. It is authoritarian — even un-American — to have your political opponents arrested. Which is why I deplore the billions the U.S. gives to regimes, like Egypt, which for decades have followed this model and still made big withdrawals from US coffers. But what Trump opponent has been brought up on criminal charges?

Should the GOP go all Jim Jones because an unnamed source reportedly tells an anti-Trump newspaper that the president is considering doing something unlawful or questionable?

While the authors enthusiastically thwack Trump, they handily ignore previous assaults on the rule of law. After arresting an American citizen, Jose Padilla, on U.S. soil, President George W. Bush endeavored to hold him indefinitely without filing a single criminal charge. A truly impeachable offense.

Sure, the press covered it, but not with even a smidgen of the frenetic energy devoted to every utterance of President Trump.

President Barack Obama ordered the drone-strike killing of Anwar al-Awlaki, an American citizen, without ever charging or convicting him of any crime. Then, two weeks later, al-Awlaki’s 16-year-old son, Abdulrahman, an American citizen, was murdered in another Obama drone-strike in Yemen. The U.S. government claimed the 16-year-old was collateral damage.

Where was the high-profile investigation? The media coverage? How was that president held accountable for ordering hits on American citizens?

“The second unforgivable sin is Trump’s encouragement of a foreign adversary’s interference in U.S. electoral processes,” our Atlantic duo expounds. “Leave aside the question of whether Trump’s cooperation with the Russians violated the law. He . . .”

Wait a minute. “Leave aside . . . the law”? Strange words to appear in a treatise about the rule of law.

And leave aside any common sense, too. Rauch and Wittes play up Trump’s jab at Hillary during the campaign, over her 33,000 missing emails, as a serious request of the Russian government “to steal and release his opponent’s emails.”

Doesn’t any unbiased person who has actually listened to the full Trump news conference know better?

“That a person in our government, Katie, would delete or get rid of 33,000 emails, that gives me a big problem. After she gets a subpoena!” Trump responded. “Now, if Russia or China or any other country has those emails, I mean, to be honest with you, I’d like to see them.”

Later, Trump famously added, “Russia, if you’re listening, I hope you’re able to find the 30,000 emails that are missing. I think you will probably be rewarded mightily by our press.”

“I hope you’re able to find” is slightly different than “please hack.”

Of course, as everyone knew at the time, the “hacking” of the DNC and of Hillary’s “damn emails” had already been accomplished — possibly by flash drive download.

Special Counsel Robert Mueller is investigating any collusion between the Trump campaign and Russian operatives. The probe is also looking into any obstruction of justice by Trump or his White House. If Rauch and Wittes — and much the rest of the media sans Fox News — are so convinced that Trump has committed crimes, which Mueller would surely find, why implore conservatives to commit hara kiri now, before the special counsel has completed his investigation?

Oh, one last note: the authors of the “Boycott the GOP” idea also believe that blowing up the GOP is the right course, because “the Democratic Party is not a threat to our democratic order.”

Americans have every reason to be vigilant, to resist the president should he seek to evade or undermine the rule of law. Much of the media sees this as something brand new — and all about Trump. It is neither.