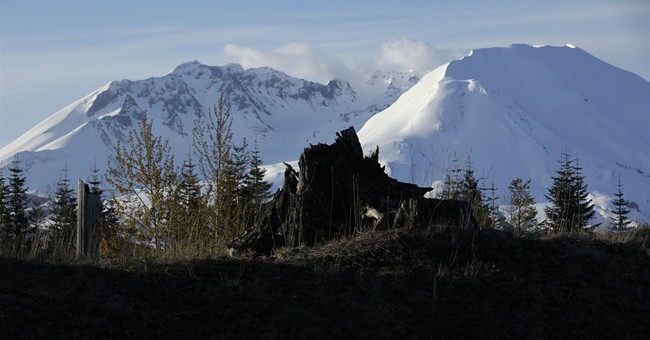 And he’s not running for president. (Not yet?)

Just when big government boosters in the Evergreen State thought it was safe to raise taxes, Tim Eyman and the group Voters Want More Choices have returned to the streets with Initiative 1366.

I-1366 is identical to Initiative 1325, a measure Mr. Eyman failed to get onto the 2014 ballot. That flop came after the ballot initiative guru’s biggest benefactor had passed away. And not long after the Washington Supreme Court had struck down as unconstitutional his previous initiative requiring a two-thirds vote of the legislature or a vote of the people to raise taxes.

Though, the people of Washington had voted three times by increasing margins — in 2007, 2010 and 2012 — on ballot measures to require a two-thirds legislative vote to increase taxes, the legislature refused to abide by the votes of the people (yeah, the same people they supposedly “serve”).

Opponents were ecstatic, celebrating Eyman’s perceived obsolescence. Seattle PI columnist Joel Connolly wrote a year ago that, “the promoter may finally have exhausted his 15 years of fame.”

Eyman was down and out, no longer to be the effective thorn in the blue state’s progressive politburo. What could he do?

Well, it’s now a year later — just weeks before the deadline to turn in petition signatures to put issues on this November’s ballot — and it appears Eyman’s latest initiative will easily qualify.

For one, opponents are squawking about all the money he has raised. That is a good sign and provides extra incentive for investing in I-1366.

Not to mention that his detractors are back to hilarious and hyperbolic hyperventilating. At the Seattlish blog, we’re informed that “Tim Eyman is a bad man. He belongs in a trash bin. . . . He belongs on your All Time Perpetual Never-Changing [*%#@!] List.”

One comment reads, “I hate to say things like this, but I really mean it. I want Tim Eyman to die in a f---ing fire.”

And maybe they have a point. A selling point!

Call it what you will, but it’s not a crime for the good people of Washington State to have a government according to their will, rather than the will of politicians.

If politicians listened to voters, Tim Eyman and the initiative process wouldn’t be so desperately needed.