What the Sam Adams? 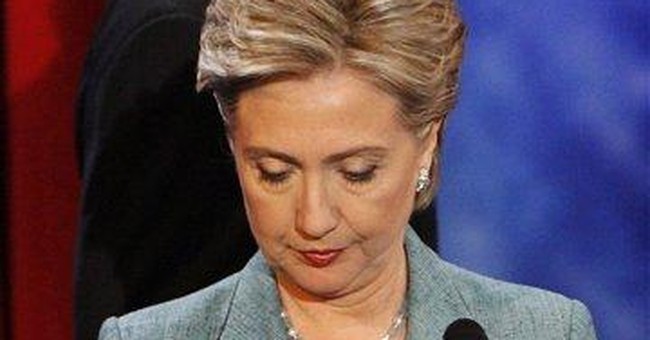 It’s hardly a fair contest. You could almost certainly do it better.

The “it" is “promote freedom."

I’m pretty sure you can do it better than standard-bearers and other mouthpieces of the major parties.

Like I said, it’s hardly a fair contest. The major party folk are in the power biz. They make their money by favoring first that group, then the next group; this constituency, then that — all the while tap-dancing for the 85 percent of us in the middle class.

The idea is to get to most of the population by throwing a bone or two at people according to their membership in some discernable group. It works because, though very, very few people get much actual advantage out of the thrown bones, it’s easy to forget that, as the rounds are being made, most of those people have paid far more in taxes and regulations than they get back in benefits.

But the taxes are something of a constant (at least that’s the way politicians play the game) and the legislatively directed benefits are variables. So we forget about the constant, and pay attention to the variable.

And thus get gypped, time and time again.

Every now and then a GOP candidate will say an obvious truth, like “wealth in private hands is more productive than wealth in public hands" . . . but elected Republicans do so little to decrease the amount of wealth hoarded in the public sector — the wasteful sector — that the rhetoric tends to fade away, remaining a mere pleasant memory.

Democrats have at times demanded respect for the rule of law from the current administration. I thank them for that. But at the most critical times, Democrats have been mostly silent. Besides, their vision of government as wet nurse is a non-starter, the very acme of today’s con job.

The minor party pols, on the other hand, do more often call attention to the con job. They can get away with this because they are not in power, (in)conveniently placed beyond temptation.

But look at their rhetoric: How successfully do the Constitution and Libertarian Party candidates (or the Boston Tea Party candidate, for that matter) really convey the message?

The answer? Not very well.

I hear complaints from marketing experts. According to my unscientific poll of experts, Libertarian and Constitution Party candidates seem amazingly inept when it comes to getting the message out. Take Bob Barr. I like him; he seems to have come around to some important insights. He’s one of the few politicians I know with the seriousness, sincerity, and courage to change his mind, and confess it publicly. But one adman I know ridicules Barr for always yammering on about “freedom and liberty."

Why? What’s wrong with “freedom and liberty"? He has an answer.

“Tell us something substantive! ‘Freedom’ is the same thing as ‘liberty’! We don’t need the concept repeated. Add a substantive idea that will resonate with people, practically.” Or so says the adman. This may be easier said than done, especially as refracted through the lens of the mainstream media. Still, he insists that Libertarians, anyway, are addicted to some of the worst techniques of rhetoric around.

That sounds bad. But then he tells me that the Constitution Party folk are worse.

“It’s as if they don’t want to sell freedom to anyone outside their narrow little groups."

What to do? Well, you can outcompete them.

Thanks to the computer age, and the Internet, you can get your version of the American Message out pretty easily. You can make a video, for instance, and — if it is entertaining enough, provocative enough — you can have millions view it at next to no expense to you. The YouTube revolution (mimicked and even improved by Mevio and Vimeo and QubeTV and Spin Posse and a dozen other video services) has made that possible.

We’ve moved long beyond “America’s Funniest Home Videos" here. We have entered a whole new domain of influence. The major-party politicians are trying hard to steal this realm’s thunder, but the odds are against them. You can steal theirs.

More importantly, you can set your sights on winnable issues — local and state problems — and do good work using new media as well as old, promoting good ideas and sound policy.

And, maybe, get an actual monetary reward.

In that spirit, an outfit I am associated with, the Sam Adams Alliance, sponsors something called The Sammies. Named after yesterday’s birthday boy, Sam Adams — America’s savviest strategist of revolutionary action (instigator of the Boston Tea Party) — this group tries to foster contemporary activism for freedom.

And they’ve decided to spread some money around — money freely donated (taxpayers need not feel aggrieved). The Alliance plans on awarding $40,000 to groups and individuals in nine categories (including blogging, podcasting, organizing), with sums ranging from $1,000 to $10,000.

You can read about it in the group’s press release. “Tsar" — that is, John Tsarpalas, president of the Sam Adams Alliance — puts it this way:

We are searching the country for passionate individuals who are fighting the perpetual waste, malfeasance, and secrecy coming from our elected officials. . . . We are looking for a modern-day Sam Adams.

And the easiest way of finding and publicizing efforts by normal citizens is to honor them, give them money. Such an effort might even encourage a few fence-sitting citizens to take up their cause and run with it.

I’m confident that if enough citizens get involved, more than a few great new slogans, arguments, and images would emerge, memes that might change the future for the better.

The Sam Adams folks have done this before. Dan Regenold of the We Demand a Vote Coalition won last year’s Modern-Day Sam Adams award. He describes the contest as “absolutely marvelous." He knows how hard it can be to work, often against the stream, to do good for one’s neighbors and for the future. A little reward can uplift the spirits.

And a contest? It concentrates the mind. Narrows the focus. Spurs one to action.

At least, that is what I trust this next bout of Sammies to do. America needs more activists, organizers, bloggers, and podcasters willing to put their talents to the cause of . . . freedom and liberty.

Johns Hopkins Doctor Dismisses Walensky Fear-Mongering: 'Most Of The Country Is At Herd Immunity'
Townhall
'This is truly a mental illness': Self-styled mask enforcement officer tries to shame woman at grocery checkout
Twitchy
A Major Biden Administration Scandal Is Brewing
Redstate
When You See Where George Floyd Juror Got His Anti-Cop T-Shirt You'll Understand Why He Lied to Get on the Jury
PJ Media