The Saints Next Door

Paul Greenberg
|
Posted: Apr 24, 2018 12:01 AM
Share   Tweet
The opinions expressed by columnists are their own and do not necessarily represent the views of Townhall.com. 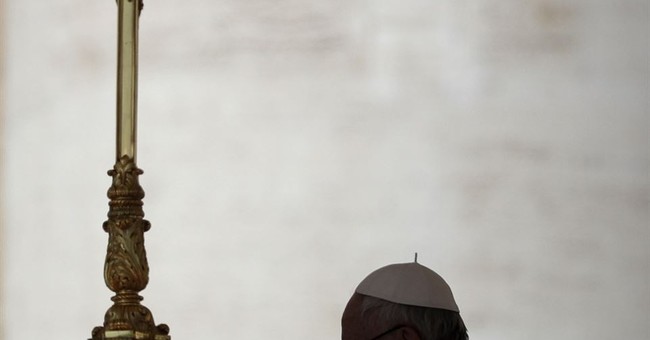 In a document made public the other day by the Vatican, the Pope called on his flock the world over to live holy lives whatever their weekday occupations. He referred to the "saints next door" whose lives may please God more than those of high ecclesiastical authorities like himself who interpret and enforce the rules and regulations of the Holy Mother Church. These everyday saints may go unnoticed among the rest of us, but they have a way of showing up in our dreams. Whenever we count our blessings, they may return in the form of memories. My own such memories are many and beautiful:

There was the school cafeteria worker who spotted me leaving early on the impression that the school day was over and it was time to catch the trolley home. She came running to turn a confused little boy around and point him in the right direction.

There was the woman and well of patience who spent much of her summer in a Chicago tenement taking an uncoordinated 5-year-old in hand to teach him how to tie his shoes so he would no longer be dependent on anyone else to do it for him.

There was the boy who got in too much of a hurry and chose to take a shortcut to work by crawling underneath a stalled freight train when it suddenly lurched forward, amputating his legs and leaving him maimed for life. But not a word of complaint ever escaped his tightly sealed lips. No wonder he was inclined to drink more than a little too much on Saturday nights as he proceeded to become my immigrant father's faithful retainer for the rest of his days. For in a way they were both strangers in a strange land.

There was the old Jew in the front pew of an old synagogue crammed to overflowing with holy texts. He would refer to them continually as the rabbi and other leaders of the synagogue led the prayers, but without presuming to interrupt them with any remarks of his own. For he knew he belonged down with the scattered faithful who showed up every Saturday morning for Sabbath prayers, and would never presume to stand out among the believers. His name may have been recorded only by God, and that was more than enough for him, for he would never dream of bringing himself to the attention of the Holy One, blessed be His name.

There was the Old Lady in Black, who together with her husband ran a notions store up the street and who had lost her son in the confused opening years of the Second World War, and would shrink back in the shadows of their shop when people passed by. Her silence spoke untold volumes, even as her presence in our small, tightly knit community testified to His eternal presence among us all.

Were these creatures saints walking among us, or angels? Let's leave such distinctions to learned doctors of theology, but their company is unenviable to those who can feel them moving among us, illuminating our existence. Custom cannot stale their infinite variety, or what a blessing they remain.

Lest we forget, sainthood, like charity, begins at home, before our own hearths and in our own dreams and visions, in the bosom of the inexhaustible family. For where there is no vision, as the Good Book tells us, the people perish. But in God's beloved community, our young men and women will go on dreaming dreams and seeing visions. Was the figure who took me to the edge of the broad sidewalk along Pine Bluff's Main Street to point out every store and railroad track I would pass on my way to the old Pine Bluff Commercial a saint or an angel? Either way, he was a sign and a wonder. And it was an assurance to follow his knowing lead. Thank you, Lord, for sending him.