What's an Education For?

Paul Greenberg
|
Posted: Feb 06, 2018 12:01 AM
Share   Tweet
The opinions expressed by columnists are their own and do not necessarily represent the views of Townhall.com. 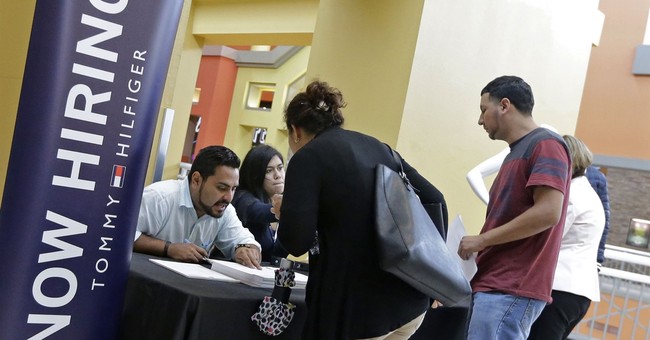 The beginning of wisdom is to call things by their right names. But what used to go by the honest, simple name of vocational education is now being marketed under the upscale brand of Career Education in keeping with the recurrent rage for rebranding products.

This state's educrats and those who confuse multisyllabic mumbo-jumbo with meaning will doubtless love the new label. But why should the rest of us? For this is a step not forward but backward. If the fair-labeling laws applied to the state's educational requirements, this name change would be recognized as the fraud it essentially is.

A once proud and self-respecting state like Arkansas, which used to be known for plain speaking and plain dealing, shouldn't be pretending that the goal of education is to prepare her young people for whatever the ever-changing job market demands at the moment. Finding employment is a necessary and honorable assignment, but our educational system shouldn't make it the be-all and end-all of schooling in this state.

For that goal should be subordinate to a greater challenge: having the next generation decide for itself what are the great questions it needs to confront. Any guidance from the grownups is welcome, but the ultimate, inescapable responsibility for the fate of the next generation remains its own. This is called freedom, and it carries with it both the satisfactions and disappointments of duty done or dodged. Beware: Education delayed can soon enough become education denied. And now is always a good time to think about what the future holds, or should, for all of us in this commonwealth.

Shaping that future is no simple matter of filling in the blanks or pounding the right pegs into the right holes. Any more than answering multiple-choice questions will ever be an adequate substitute for composing a thoughtful essay. What's more, a simplistic approach to the complex question of how to live carries with it the risk of answering the great questions of this or any other time wrong.

The ever-present temptation is to pound away at the student until he fits the image his elders prefer -- rather than decide for himself how he will approach life. For it will surely approach him, and should find him prepared. Else, he'll always be just marching in lockstep with fickle public opinion.

Yes, but doesn't the law require the Legislature to consider how well the state is meeting its constitutional requirement to offer an equitable and adequate education to all, and doesn't that include in-demand courses like automotive repair and medical training? As the list of vocational courses expands, education in general must necessarily shrink, for there are only so many hours in the school day. But what the law giveth, it can also take away. For the laws of a republic are written by supposedly rational citizens who can change their minds in the light of changed circumstances.

Jane English, a state senator from North Little Rock, notes that only about a fifth of Arkansans -- 22 percent, to be exact -- have undergraduate degrees, which makes vocational education all the more essential in high school. But 100 percent of Arkansas students should be expected to learn the rudiments of good citizenship, which should include forming their own ideas apart from the herd. Which is why a broad liberal education, rare as it's becoming, should be a cherished goal.

Let's worry about having enough computer engineers, airplane mechanics, bankers, cooks, lawyers and so occupationally on once the groundwork is laid. In another century, Jose Ortega y Gasset referred to the barbarism of specialization that overtakes civilization, until citizens know more and more about less and less, and all about nothing. Such a society is empty at its core.