Paul Greenberg
|
Posted: Aug 03, 2017 2:45 PM
Share   Tweet
The opinions expressed by columnists are their own and do not necessarily represent the views of Townhall.com. 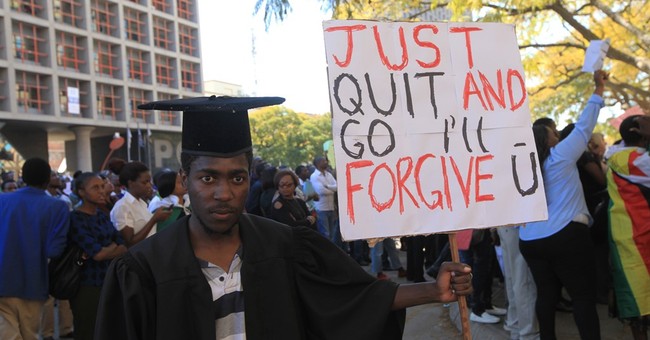 Shame is an emotion that may be most powerful in the younger years of our sinful species, requiring peers to look on our performance with either envy or a shared sense of satisfaction.

But as that audience thins out as more and more contemporaries shake off this mortal coil, the actor is left performing his life's little drama before fewer spectators till he realizes he'll soon be starring in a show for an ever emptier house.

Happily, this whole grand show of mine is orchestrated by the most competent of executive producers, impresarios and gatekeepers -- the second Mrs. Greenberg, mistress of the household. Which explains why the actor has the leisure to indulge in vivid memories of the past.

There was a time when he might have relished the ironies inherent in what the Germans call Schadenfreude, or satisfaction in the fall of others. But now it seems an irony empty of content, for only a select few old friends remain to share it with.

All that may explain why the double-edged sensation of shame seemed more powerful in his youth than it does now, which has freed him of shame. For how can anyone who realizes his utter dependence on others feel the pride that goeth before the inevitable fall? Or any ingratitude toward those who see to his every basic need?

The confluence of humbling trends in the diminishing number of years left leads him to think on what a great teacher shame has been to him.

There was the time, at a family wedding in Chicago, when he played the role of ring bearer -- top hat, tails and all. He can still see his grandfather sitting in a chair, for his dancing days were then passed, and doing a seated kazatske, extending his arms for the ring bearer to do that vigorous folk dance with him. Perhaps stunned by the honor, or maybe just beset by any 5-year-old's stage fright, the boy held back. At which members of the wedding party cried out, "What's the matter? Don't you want to dance with zayde?" Zayde is Yiddish for grandpa. The boy adored the old man who would hold his hand and take him safely across a busy street for an ice cream cone. (The boy always chose chocolate.) There wasn't anything he wouldn't do at his grandfather's request. He was embarrassed and ashamed to have his love for the old man questioned, and resolved never to let it happen again.

There was the time years later when a veteran officer was delivering a searing critique of his performance as pretend battery commander at summer camp when he forgot to take his radio along on a fire mission and wound up separated from his unit with no way to communicate. Embarrassing. And shameful.

There was one of many times when, as one of the few Jewish kids in elementary school, he was called on to tell the story of Noah and the Ark because, being one of the People of the Book, he was supposed to know all about such things. Other kids knew their Bible, too, but it was assumed he would have the inside dope. Little did they know.

He enjoyed being something of a curiosity. Rank has its privileges, but also its responsibilities. He would be asked if You People still practiced animal sacrifice. He always felt a little privileged at such times, and this time he must have been more than a little nervous, too. Because just as Noah was leading the animals into the Ark two by two as the Flood came on, he realized he was wetting his pants. And there was no way to hide it, certainly not from the kind teacher who hustled him off to the cloak room where she kept a store of dry clothes for just such occasions. Embarrassing. And shameful.

There was the time in second grade when, not realizing the bell he'd heard didn't mean the end of the school day but only lunch time, he'd set out gamely to catch the trolley home. A teacher, realizing his mistake, came running after him. It may have been only a short distance for her, but to him it seemed an awfully long time as he trudged his way to the trolley stop wondering why all the other kids were staying in school. When she caught up with him, took his hand and turned him around, he was grateful. And embarrassed. And ashamed.

Shame has its uses in adult society, too, for it prompts most of us to stay in line. As for the exceptional and repeated miscreants in society, they're regularly called shameless. Which is definitely not a compliment.