Paul Greenberg
|
Posted: Jan 26, 2017 12:01 AM
Share   Tweet
The opinions expressed by columnists are their own and do not necessarily represent the views of Townhall.com. 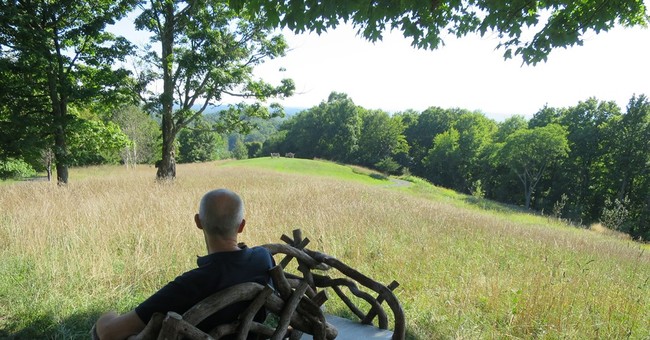 From the founding, this country's leaders have concentrated on conceiving and executing an art worthy of this ever being born-again country. This century promises to be no less self-conscious or self-dedicated. If all men are created equal, why not all nations, each with its own artistic heritage to preserve, maintain and continue?

For years, a now glowing painting stood accumulating grime and dust until it was rescued by the Walton family and brought to Arkansas of all states, which turned out to be just where it belongs. At the time, all those hoity-toity art critics back east were outraged by the audacity of these people from -- where was it again, Arkansas? -- but their fury came too late. The magnificent Waltons had struck again, and Bentonville could no longer be dismissed as just another burg in flyover country. Instead it has turned out to be an American art capital.

That long-neglected, varnish-dulled painting turned out to be a landscape by the great American landscape painter Frederic Edwin Church, patriot as well as artist. His were paintings of the America of manifest destiny reaching out across a continent and then an ocean to supply oil for the lamps of China -- which it continues to do even now. And even at the risk of inflaming a now Communist China by recognizing Taiwan as the once and future Republic of China.

Why the emphasis on the American landscape that Frederic Church displayed with such brazen daring for a mere American while Europeans were still looking down their long noses at Britain's colony on these shores? Because ever verdant nature herself was the heroine of Church's narrative and of his art. His "Heart of the Andes" would reflect "the elemental palette of Paradise," his "Niagara Falls" become the "icon of national purgation and rebirth," and his "Twilight in the Wilderness" would depict "the natural apocalypse." The artist's prose, like his paintings, resounded with all-American exaggeration.

Not that painting was the only American art to shape Western civilization. So did American craftsmanship and architecture, which now have merged till they've become one. To quote William H. Pierson Jr., in "American Buildings and Their Architects," architecture is "a product of the human intelligence," and as time passed, ours would go from projects of technical expertise to something natural, to something that simply "must be built." Early examples of Georgian and Colonial architecture may carry the "stumbling uncertainties of a harsh Yankee accent." While the pottery-like surface of an adobe structure in the old Southwest resembles "little more than an enormous pot."

The author's ethnocentric prejudices are showing when he commits such judgments to paper, but not when he goes into detail about Charles Bulfinch's Lancaster Meeting House, and notes some of its telling details. Like the stair railings shaped to the human hand. One is reminded of the Quaker buildings that combined utility and beauty, with their pegs for chairs placed high above the floor. There they don't interfere with the dusting, mopping and general housekeeping that the contemporary housewife must insist on if she is to be not "just a housewife" but chief executive of a well-kept home.

Federalist architecture -- so simple and simply beautiful -- was a perfect expression of "the broad common strength of the new nation." Or as one perceptive critic put it, the first United States Treasury building was (and still is) "the noblest possible symbol of the lofty concept of federal government." What a contrast with our own era, when any mention of the federal government may be enough to strike fear into the hearts of those Americans who have higher things to celebrate than their own work or precious selves.

In the American arts, as in America herself, the best is always yet to come. Fast-forward to a few of my own favorites like Edward Hopper and Andrew Wyeth. If those artists were just naive romantics, then let us have more naivety and romance. For both still have an evocative power that illumines my own bedroom and life. A print of Wyeth's "Christina's World" stayed wrapped in the same shipping carton in which I'd sent it from New York decades ago. Till the wrapping came off and Christina emerged like a reminder of my own transient mortality. What pretends to permanence is more likely to be just a passing phase.