Paul Greenberg
|
Posted: May 04, 2016 12:01 AM
Share   Tweet
The opinions expressed by columnists are their own and do not necessarily represent the views of Townhall.com. 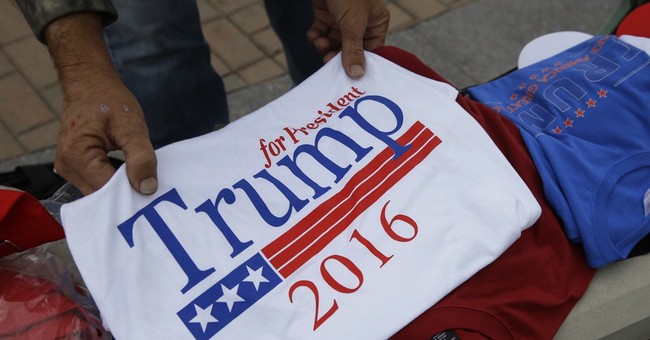 There was a time when the Republican establishment had no Donald Trump to drive it into a panic-stricken stampede. For its presidential nominee-designate was named Gerald Ford, who had all the lukewarm attraction of old bathwater. And he was being challenged by an altogether different species of wild man who shocked the respectables of his own age.

How we miss that golden oldie of presidential races, for it had a stark simplicity that's completely missing from today's jumbled race for the American presidency. The choice was black-and-white back then: There was Gerald Ford, a retread who had been around for approximately forever, serving in all manner of elective and appointed office. He was the party's go-to-man whom just about everybody had gone to and come away from at one time or another. For the Pride of Grand Rapids had served his party and country as a kind of utility infielder, relief pitcher and fireman-in-general who could always be called on when needed, or even when he wasn't. When everything was aflame, he would stride forward, mount the mind and soon all was back to a kind of normalcy, whatever it was in his times or will be in ours. Chillen, you have no idea of the troubles we seen -- or will yet see. For old Clio, muse of history, wasn't done with playing her tricks on us, not that she'll ever be.

The upstart back then was named Ronald Reagan, and the party's old guard was as contemptuous -- and fearful -- of him as it is today of The Donald, and much like today's menacing figure, he sent folks into a panic. For he was dismissed as a cross between nutcase and ... well, anything the more respectable types liked to call him. Looming over the whole show was the shadow of Henry Kissinger, who asked only that he be allowed to veto whichever presidential candidate the party would choose. It was the Age of Nixon, when no questions were to be asked or quarter given when it came to past, future or present.

Those were the days, my friend, we thought they'd never end, but of course they did. And somehow the Republic survived, just as it will today. Ah, but while all that tumult lasted! What a show it was at Kansas City's Kemper Arena that year. Placards waved, bugles blared, politicos glared. The memory of Barry Goldwater's disastrous run a few years before was replaced with a vision of clouds of glory parting to reveal a Republican golden age. But back in '76 -- 1976, that is -- all was supposed to come up chaos. Just as we're told the same thing will happen in '16 if we dare give the American people its head and then stand by and get out of the way of the coming stampede.

Can you believe there was a time when there were still moderate, that is, Eisenhower Republicans? If so, it passed with the dominance of Midwestern Republicans in the American heartland. The natives were as restless then as they are now, and will surely be again. Talk about internecine warfare: That clash made today's seem like only a gentleman's disagreement, a polite difference of opinion that would have dwarfed our civil war. Oh, the vignettes that now pop up only in old scrapbooks, but back then were the stuff of headlines and Extras. And should have been, for their drama and melodrama may remain unsurpassed in American history, even if many other scenes have proved their astonishing equal.

Not since the glory days of the old Whigs and King Andrew has there been such hysteria or good reason for it. Not since the battle between Taft and Eisenhower in '52 or probably before had there been such chaotic scenes. Cries of All Is Lost! alternated with choruses of All Is Saved! as the party's nonexistent leadership battled for its soul. Imagine ever-polite, ever-respectable Nelson Rockefeller peering through his thick lenses to reach across rows of delegates to tear up the opposition's placards, dance in the aisles bearing his state standard, and generally raise 120 varieties of hell borrowed from some Dantean vision of the Ninth Circle of the netherworld.

It ain't easy and shouldn't be to picture all that. Nor should we want to. For good order is the essence of a decent democracy, just as it is of a decent government. But there was something indecent about that show, and no one should want to risk repeating it. Any more than we would want to watch Rome fall again or the temple topple again as in some nightmarish vision forever destined to haunt our recurrent dreams.

Hear the screams again and again, see the awesome spectacle, shudder at the gruesome sights! As in a slow-motion disaster film. King Kong still refuses to release our heroine -- just as we refuse to release the past.