Binx (With Apologies to Walker Percy)

Paul Greenberg
|
Posted: Jan 19, 2016 12:01 AM
Share   Tweet
The opinions expressed by columnists are their own and do not necessarily represent the views of Townhall.com. 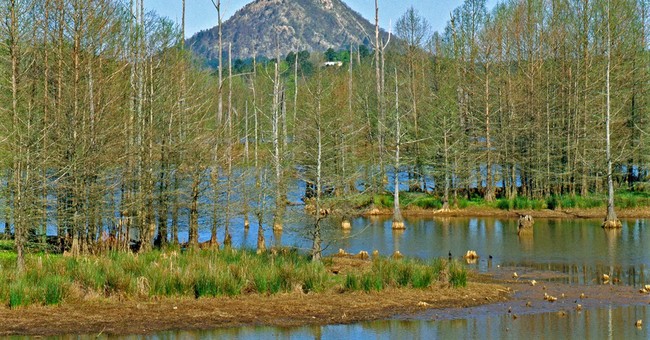 This morning I got a personal note from one of my numerous cousins who for some reason was under the impression I was wasting away and urged me to get my personal affairs in order lickety-split. Aunt Mildred has always been one of those business-like types, and to see her coming is to be consumed by the urge to flee all bourgeois obligations.

The only thing that gets me moving these days is to read the letters to the editor column or the humorless editorials in the Democrat-Gazette. Or separate but equally inflamed columnists slugging it out on the op-ed page. Now those old boys and girls know how to do it. Bam! Pow! Shazam! It ain't easy to compete with a fireworks show like that. Even if those who have engineered it may go up in a burst of flames themselves. These people have a Buddhist monk's urge to self-immolate, however lovely their pastel robes. I'd be the last to stand in their way. It's still a free country, at least was the last time I dared look.

But for sheer provocation, nothing beats the local talk, talk, talk shows, and it still takes a supreme effort of will to reach over and change the dial. Next to the pattern that used to appear on your old television screens when daylight programming was concluded, could anything be more maddening?

Yet the Great American Watching Public watched and watched from sunset till dawn. It's the medium, not the message, that mesmerizes us. Or maybe the message is the medium. It all blurs into one big media soup, the broth in which we never stop swimming, sluggish stroke by sluggish stroke.

But what do I know or why? Me, I'm just a moviegoer, catching the next bus to the suburbs to watch an oldie but baddie since June Havoc and Roy Rogers were making some Show to Remember, or the Ziegfeld Follies of Thirty-Three, or maybe an early Marx Brothers comedy.

We've just begun to be intolerably bored. Ever lay there night after night waiting, waiting for something different that never comes, like eternity in abeyance? If that ain't hell, tell me your definition of it, friend, enemy or passing acquaintance.

Just call us gluttons for repetition. And the longer we hear the old banalities, the less banal they sound. You might as well be quoting a monk's nightly missal. So just keep on misfiring, baby, like an artillery shell forever hung up in the barrel of a self-propelled 155mm. Some of us might prefer the Boom! of World's End, but some of us can't always have what we want.

It's a world of infinite choices, they say, however numerous. Like the number of moves on numberless chess boards of numberless dimensions. But in the end, there must be an end to it, right? Or maybe the number of turtles standing atop the numberless tabletops on which the world rests, as it does in the vision of medieval schoolmen, those vastly over-educated fools. Forgive my brazenness, but there is no way to disguise it.

My Aunt Mildred could never stop being my Aunt Mildred any more than I could stop being myself. Boring beyond words, dreams or visions. Some things are just not made to be changed, only endured. Like those long, lonely walks down windy, weedy, indeterminable paths in west Little Rock, where the streets don't cross but just drift off listlessly into a never-never land of mist, fog and nothingness. They don't stop but just wander off into the sepia tones of yesteryear, where every scene could have been filmed by a Hitchcock with even less than his usual imprecision.

The foggy, foggy dew covers all, especially the drearily bewitched. A light may glimmer somewhere beyond unseen horizons, if any there be. Is that the glow of an old 16mm film about to snap, snap, SNAP! or just The End forever and ever postponed? But please, please, pay me no mind. I'm scarcely worth a thought, if any thought you can find in my tireless Search. Search for what? You tell me, if you dare. Or dare anything at all. For this is just your ever faithful correspondent from the dreamworld, good old Binx.