The Happiest of New Years

Paul Greenberg
|
Posted: Jan 06, 2016 12:01 AM
Share   Tweet
The opinions expressed by columnists are their own and do not necessarily represent the views of Townhall.com. 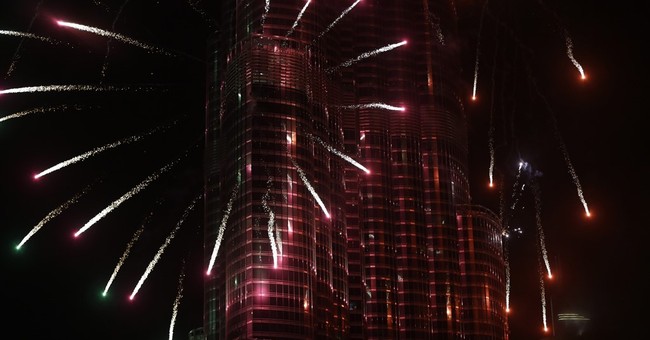 Just think of the parade of years you have known or will know, as they used to fly off the screen in those old black-and-white movies of the 1940s. Look for Loretta Young and Robert Montgomery to appear on the front page any day.

Peace in Our Time had been declared in September 1938. All was coming up primroses and daisies, as in an English country garden. Listen carefully and you could hear the bobbies go by two by two. Mr. and Mrs. Miniver were planning their guest list for dinner and the Mrs. was reporting every word in her own newspaper column. Everybody wants to be a commentator and she wasn't a bad one, either. Consider her description of the scene of children examining the contents of their Christmas stockings, which is a pretty good definition of marriage as well: "Eternity framed in domesticity."

The only cloud on the horizon was a small item from the physics journals just weeks before -- something about Einstein having urged the president to look into the possibility of a super-weapon called an atomic bomb, or one Otto Hahn discovered through the nuclear fission of an element called uranium. But why worry about all that history? Nobody else seems to in these days, when liberal education, too, is considered as relevant as history.

Just put on some Mahalia Jackson and listen to her sing her and your heart out:

There are some things

I may not know,

There are some places

Of this one thing

That God is real,

For I can feel him

For I can feel him

If not Mahalia, put on Bach's Goldberg Variations. Or Vivaldi's cello sonatas. There's a whole, beautiful world of music out there to choose from, and it's still a free country, at least for now.

Let this coming year be one of real, not false, peace.

On this day of all days, let us keep hope alive -- the real thing. Why dwell on other New Year's Days that preceded undeniable disaster? Worry is but a sign that faith has failed, and we are trusting ourselves, not Him.

The weekend papers are full of the usual end-of-year look-backs and look-forwardses, but how they differ in any real way from any other year is lost on me. Let's leave all that to a Higher Authority and Keep the Faith. Whatever the changing or unchanging headlines:

"Healthcare.gov enrollment up by 1.8 million"

And there is nothing new under the sun, whether the war is ours in Vietnam, Russia's in Afghanistan or Rome's in the ever restive Judea. Each side may portray it as the End Game, but it is just one more of the endlessly passing scenes on the continual blur and time-waster that is television news. Let us concentrate on first things, changeless things, upon "a quiet none can tell" in the words of W.H. Auden, "from that in which the lichens live so well." Let the dizzying world pass.

To think: There are people who think such vanities the substance of things when they are seen only as through a glass darkly.

So stay well and be of good courage.

Your own ever faithful correspondent,