It Was the Worst of Times... 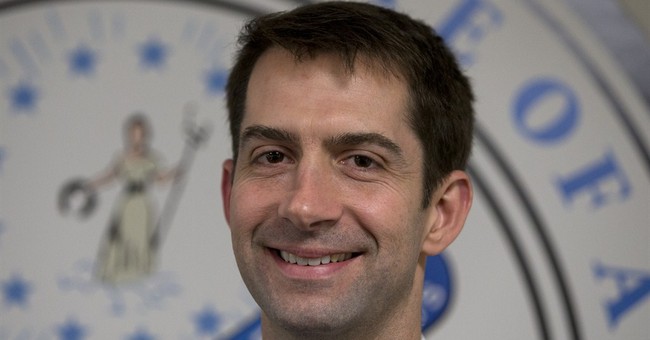 It sounds like a replay of Eastern Europe in the 1940s, complete with the Red Army sweeping aside old borders in the wake of the Second World War and establishing Russian supremacy over one captive nation after another from the Baltics down to the Balkans, while a stunned West mainly watched in dismay. These days the old borders that a revived Russian empire has violated extend from Crimea in the south, now part of that empire again, all along the eastern Ukraine to what used to be Russia's border but is being expanded again and again.

A new reign of expropriation and worse, like dictatorship and with it the suppression of any differences with the regime in general, falls over once free nations again. To quote Winston Churchill's famous summation, delivered at Westminster College in Fulton, Mo., back in 1946: "From Stettin in the Baltic, to Trieste in the Adriatic, an iron curtain has descended across the continent." Now it is descending again, and once again the West seems unsure of itself, unable to respond.

This time the most obvious victim is formerly free and newly seized Crimea, particularly its long oppressed Tatar minority. To quote a couple of scholars, Mark P. Lagon and Alina Polyakova, quoted in the Wall Street Journal:

"The primary victims are the Tatars, a Turkic people who make up at least 12 percent of the population. Tatar leader Mustafa Dzhemilev, a famed Soviet-era dissident, has been forced into exile, along with other Tatar leaders. Thanks to common Kremlin tools of control -- intimidation, harassment and selective application of the law -- activists, journalists and religious leaders have been routinely detained, illegally searched and physically abused by Russian authorities. Based on interviews with Crimean residents, and reporting by Ukrainian civil society organizations and local media outlets, the report documents individual and group cases of abuse."

Call it just another chapter in the Tatars' long history of expulsion (under Stalin's iron rule) and now Tsar Vladimir's new oppressive reign. But just as in the 1940s, a few Western voices began to break through the silence of consent. While one distinguished senator from Arkansas, the Hon. J. William Fulbright, led the chorus of retreat-and-defeat, then known by turns as Peaceful Existence and Accommodation, soon other voices would rally the Western spirit as in the olden days, first that of Winston Churchill, then Harry Truman, and then the visionaries who founded the North Atlantic Treaty Organization -- and the West revived.

Today, it is Barack Obama and Co. who have been arguing for passivity, aka Reset, but another voice from Arkansas, a fresh new leader named Tom Cotton, is heard. And here is what that freshman senator said in his maiden speech on the Senate floor last week:

"No leader -- whether a president, a general or a platoon leader -- wishes to put his troops in harm's way. War is an awful thing, and takes an unimaginable toll on the men and women who fight it and their families. But the best way to avoid war is to be willing and prepared to fight a war in the first place. That's the alternative: military strength and moral confidence in the defense of America's national security. Our enemies and allies alike must know that aggressors will pay an unspeakable price for challenging the United States.

"We can look to a very recent historic example to prove this point. Just 25 years ago, a dominant American military ended the Cold War without firing a shot. If we return to the dominance of that era, aggressive despots like Vladimir Putin, rising powers like China, and state sponsors of terrorism like Iran's ayatollahs will think long and hard before crossing us. And while we may not deter terrorist groups like the Islamic State, al-Qaida and Hezbollah, we will kill their adherents more effectively, while also sending a needed lesson to their sympathizers: join and you too will die."

That's the same message a newly reawakened West sent as the 1940s came to a close. Now is the time for the West to follow the lead of a young senator from Arkansas named Tom Cotton, and send it to the world again in 2015: America is back!