It Could Have Been Worse 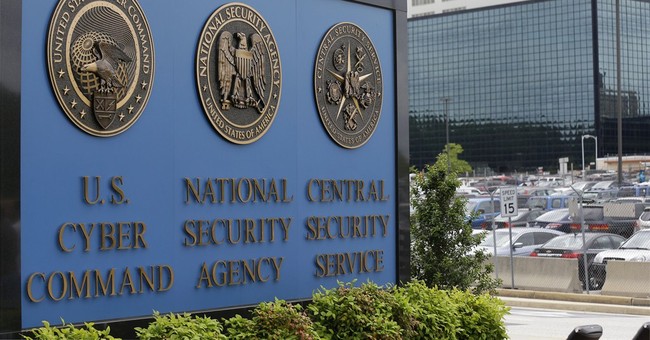 The good thing about our president's talk at the Justice Department last week is that it was mainly talk. Its subject: How to limit the National Security Agency -- or maybe just national security. Thankfully, he didn't actually do anything to abolish that spy agency's vast collection of mega-data and connect-the-dots algorithms, and so leave the country open to another surprise attack.

NSA's collection of phone calls made, and to and from whom they're made, and the duration of each, is immense. (They don't call it mega-data for nothing.) And it could prove vital when it comes to foiling the next attack on American soil. Or on American embassies or other American targets abroad -- whether in Benghazi or at sea or anywhere else. (Remember the USS Cole?)

And there's always another such plot in the works, whether it's caught in time (like some amateurish shoe bomber trying to blow up an airliner) or is aimed at the Boston Marathon, where a couple of terrorists managed to get through security -- and mayhem ensued.

This is the nature of our enemy and of the world, where evil never sleeps. As the country has discovered from time to all too frequent time in our history. As on September 11, 2001. Or, for that matter, December 7, 1941. Each time, after this sleeping giant has awakened and struck back in full force and righteous fury, the giant tends to doze off again till the next shock hits him.

It's a familiar pattern, and Barack Obama was following it. He talked a great deal in this speech, which is his way, but, thankfully, said little of real significance about a program that doesn't need significant change.

The president mainly just chewed around the edges of this issue the way termites will begin to slowly erode the timbers of a wooden foundation. He left the heavy lifting to his attorney general and Congress. Happily, both can be trusted to do not very much. At least at this point.

The president did suggest that this vast electronic storehouse of phone records be transferred elsewhere, but prudently didn't specify where. Maybe to the phone companies, which don't want them, or maybe to some new government bureaucracy so it can get in the way when some clear and present danger is spotted. But the president's was just a suggestion, thank goodness.

Happily, he didn't even come close to suggesting that the country rebuild the old wall between the FBI and CIA that kept them from cooperating as the 9/11 plot took ominous shape. Instead of proposing an obstacle like that, he only talked vaguely about inserting another layer of bureaucracy or two to slow the country's reaction time in case of an emergency. That's bad enough, but as long as the president's talk remains only talk, it is not a clear and present danger itself.

Thankfully, there are some members of Congress who are well aware of the dangers raised when this president talks loosely about the need to put more obstacles in the way of our snoops. These congressional leaders should certainly be aware of the dangers always brewing, for they've spent years studying the failures of American counterterrorism and how to avoid repeating them.

One of those leaders is Dianne Feinstein, chairwoman of the Senate Intelligence Committee, who's no slouch at this ever-changing game. She pointed out the main problem (there are a lot to choose from) with the president's vague suggestions about how to thwart the National Security Agency, or at least slow it down. As she noted, "the whole purpose of this program is to provide instantaneous information to be able to disrupt any plot that may be taking place."

That's why the NSA monitors these calls even though it may need a court order to examine their actual contents, a step its critics tend not to mention when they talk about its "spying" on Americans or "eavesdropping" on your next phone call to your kid in college or cousin in Minneapolis. The NSA has to take a number of legally specified steps before it is allowed to listen in on a phone message.

The most comforting thing in his talk about how to change the NSA is that it's mostly talk. So far. Let's keep it that way.

By putting another kink in this NSA program, another speed bump to slow down our terrorist-hunters, the president demonstrates how unaware he may be that time is of the essence when thwarting attacks against this country. If the NSA becomes aware of a developing terrorist plot, it doesn't need one more obstacle in its way.

In another era, the Pentagon's intelligence branch had discovered that a Japanese attack on a place called Pearl Harbor in the Hawaiian Islands was imminent, but by the time it got word to Pearl through a series of relays, it was too late to prevent that surprise attack, and America was at war again. The greatest war in human history.

And now our president -- and commander in chief! -- talks loosely about how to slow down our national security agency. As if he were nostalgic for the plodding pace of the 1940s. What next? Will he revive proper old Henry Stimson's objection to American intelligence-gathering back in the 1920s? ("Gentlemen don't read each other's mail.")

The bright side of all this is that Barack Obama's sweeping talk about fostering national insecurity has a way of never actually changing anything. Reality keeps getting in the way. As when, on the first day of his presidency, he issued an executive order shutting down the prison at Guantanamo naval base within one (1) year. Yet it remains open and ideally situated both geographically and legally as a place to hold accused terrorists. And it is still playing an indispensable role in protecting the country. A role that is only emphasized when one of its detainees is freed and goes to killing Americans again.

Nothing seems to improve Barack Obama's suggestions about how to improve national security like putting them off. Indefinitely. Let's do that with his latest suggestion.