The End of the Filibuster: Another American Institution Abandoned 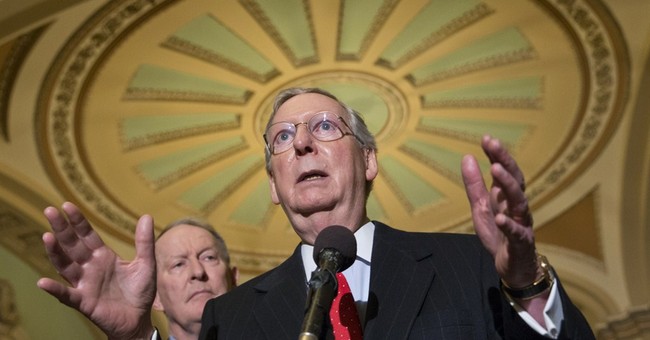 It was a sad day -- Thursday, November 21, 2013 -- when another tradition died in the U.S. Senate, which was once known as the world's greatest deliberative body. Thursday it didn't so much deliberate as obliterate. The result was the end of an American institution, the filibuster.

The filibuster has long protected both the minority's right to extend debate in the Senate and the country's considerable interest in not rushing to judgment. But not anymore. Not after Thursday.

Let's not confuse the filibuster with some great principle. It was only a great tactic, and, like any tactic, could be used for good or ill. But it was an accepted part of the Senate's vast thicket of technical rules and accepted practices in which freedom itself might take refuge. Especially when those determined to hunt it down come after it. This time they killed the filibuster, reducing what little is left of it to a vestigial appendage.

Maybe it was only a matter of time before those bent on getting their own way would hack their way through the once thick cover of rights and privileges in the Senate, and destroy this last redoubt of deliberation in what was once a deliberative body. A body in which giants like Webster, Clay and Calhoun once held forth. Year after year, speech after speech, they averted one crisis after another, and the Union was saved again and again. Till the fanatics finally got their way. And a terrible civil war replaced civil debate.

This time not even John McCain, a hero in both war and peace, could forge a great compromise. And another wall of the grand old temple that houses the country's republican institutions has fallen. Listen and you can hear the barbarians celebrate their victory. They don't realize it may soon enough become their defeat. For this same rush to judgment will surely be employed against them one day.

The filibuster was not an end in itself, but the means to an end. That end could be a just one or the opposite of justice. Overturning old precedents only establishes new ones, and now power has replaced deliberation as the governing principle of the body where once debate was unlimited -- and so was the hope of its leading to reason.

Now only a simple majority, simple in more ways than one, has replaced a complex, time-woven rule in a single day, wiping out a whole body of parliamentary procedure and its long history of uses and abuses. The filibuster had been employed for causes both noble and not noble at all in its long and tortuous history. Now it has disappeared in a blinding flash. No wonder they called ending the filibuster The Nuclear Option, for it destroys everything in its indiscriminate range. And rage.

It seems a Republican minority in the current Senate wouldn't go along with a slate of nominees to high office that the president insisted on, and so a small but willful majority just did away with the right to extended debate. The once customary 60-vote majority required to limit debate was replaced by a simple majority. Hesto Presto, it was gone.

The stage has now been set for other storied institutions of American politics to follow the filibuster into oblivion. Why not? A president who can change the law after it has passed (see the ever fluid terms of Obamacare) had no problem with changing the nature of the Senate of the United States, too.

Yes, the storied tradition of the filibuster had its dark -- even evil -- side, as when it was routinely used by the Fulbrights and Eastlands of the Senate to block civil-rights legislation. But the filibuster also had its great moments. As when Huey Long used it against FDR's attempt to resurrect his National Recovery Act after the Supreme Court had unanimously -- and courageously -- overthrown it. (What a pity today's court missed its chance to spare the country Obamacare, another attempt to regiment a huge part of the country's economy and life.)

Many a scholarly defense of the filibuster has been delivered over the years, including this one by a long-time aide to various Democratic senators. Richard Arenberg covered just about all the bases when he summed up the once indispensable place of the filibuster in the U.S. Senate and in the whole American legislative scheme:

"The right in the Senate to debate and amend serves as a protection to the minority, fosters deliberation and compromise, discourages unchecked majority control, moderates extreme outcomes, avoids precipitous decision making, discourages domination by the more populous states, ensures the role of the legislative branch in oversight of the executive and assures the role of the Senate as a counterbalance to the majoritarian House of Representatives in our system of checks and balances."

One of the most prescient defenses of the filibuster over the years came from an eloquent young senator from Illinois back in 2005, when it was his party that was the one in the minority. It might be worth reviewing what he said on the occasion of this latest and signal defeat for free and unconstrained debate:

"While I have not been here too long," the freshman senator began, "I have noticed that partisan debate is sharp, and dissent is not always well received. Honest differences of opinion and principled compromise often seem to be the victim of a determination to score points against one's opponents. But the American people sent us here to be their voice. They understand that those voices can at times become loud and argumentative, but they also hope we can disagree without being disagreeable. At the end of the day, they expect both parties to work together to get the people's business done. What they do not expect is for one party, be it Republican or Democrat, to change the rules in the middle of the game so they can make all the decisions while the other party is told to sit down and keep quiet.

"The American people want less partisanship in this town, but everyone in this chamber knows that if the majority chooses to end the filibuster, if they choose to change the rules and put an end to democratic debate, then the fighting, the bitterness, and the gridlock will only get worse."

That was the view of a promising new member of the U.S. Senate back then named Barack Obama, but now that he's president, he no longer sounds as convincing on this topic. Or perhaps on any other. His words about the danger of gagging the minority may prove prophetic if this country ever has another Republican president and Congress. You can be sure they'll be as ruthless in discarding the rights of the minority as the Democrats have been.

That was a two-edged sword Democrats employed Thursday. And they may find out soon enough just how sharp it is.