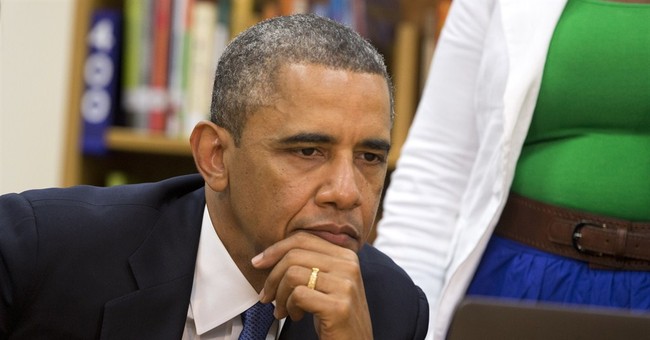 The apologists for this administration in the press corps responded predictably enough as one scandal after another was unfolding in Washington: They went after those who revealed the scandals, not those who perpetrated them.

Benghazi? All those cover stories, one after the other, for weeks? Why, the White House was just patching together the usual talking points from all agencies concerned. Happens all the time. Move on, folks, there's nothing to see here.

The whistle-blowers in the diplomatic corps? Their testimony was powerful but, in Hillary Clinton's words, "what difference, at this point, does it make?" To quote Jay Carney, the president's press secretary, "Benghazi happened a long time ago." Especially for those who'd just as soon forget it.

The IRS' targeting of conservative organizations, Jewish groups sympathetic to Israel, pro-Republican outfits? That was all the work of a "rogue agent" or two in far-away Cincinnati.

The left-leaning part of the American press seemed prepared to sleep through one wake-up call after another, hitting the snooze button every time. But then something happened. It seems the administration's gumshoes had been turned loose on the press, too. And the sleepers stirred. Sic the IRS on the opposition, endanger our diplomats, no big deal. But this was coming close to home.

Talk about echoes of Richard Nixon's enemies list: The AP's records were subpoenaed. James Rosen, a reporter for Fox News, had his emails pried into. Even his parents' phone calls. To top it off, he was named a possible "co-conspirator" and a "flight risk" in legal papers. And what was that criminal conspiracy? Doing his job.

That did it. Suddenly the administration's Amen corner in the press corps woke up and remembered the First Amendment. The usually tame lions of the press began to roar.

The usually compliant Al Hunt, a columnist for Bloomberg, declared that "Obama is no better than Richard Nixon."

Bill Press, another liberal of the kneejerk school, started squawking now that the attorney general was going after the press: "What 'breach of national security' are we talking about re the AP story? It's BS and Holder should be fired."

Katrina Vanden Heuvel of The Nation, a normally dependable defender of all things Obaman, broke ranks, too. She noticed that the Obama administration had failed to uphold "what it promised (and) has had the worst record on press freedom."

Why, even Chris Matthews of MSNBC, the president's lapdog network, let out a bark: The president, he said, "obviously likes giving speeches more than he does running the executive branch." It sounds as if the thrill is finally gone.

Keith Olbermann (remember him?) may be an unemployed news commentator at the moment, but even he chimed in and joined the growing chorus of awakening libs. He may have had his differences with Fox News and its James Rosen in the past, but he rushed to Mr. Rosen's defense this time, noting that "I fully support him against this unwarranted act by DOJ."

So did the New Yorker's Ryan Lizza, who would never be confused with a conservative.

This is what happens when a whole segment of the American press forgets that eternal vigilance is the price of liberty, and falls into lockstep with those in power. The awakening can be rude.

Those who remain silent when government harasses those of another political persuasion, or even make excuses for such tactics, may soon enough find themselves in the position of the German pastor Martin Niemoeller in the 1940s:

First they came for the Communists, and I didn't speak out because I wasn't a Communist.

Then they came for the Jews, and I didn't speak out because I wasn't a Jew.

Then they came for me, and there was no one left to speak for me.

Could this sudden wave of objections to the administration's war on the press be only the first cracks in the dam? Only the first desertions from the party line?

And how many more scandals will develop once the IRS is placed in charge of administering the taxes, fines, certifications and general complications coming when Obamacare goes into full train wreck operation?

A new scandal to add to the Big Three is already brewing in Health and Human Services: Its head, Kathleen Sebelius, acknowledges that she's solicited donations from health-care companies for the private nonprofit company she's picked to help enroll people in the new insurance exchanges that Obamacare is going to set up. The company is called Enroll America, and Gentle Reader will not be surprised to learn that some of its staff were involved in President Obama's re-election campaign.

Insurance companies may have much to gain by staying in Kathleen Sebelius' good graces. Because she's going to be regulating them on even a grander scale as Obamacare takes full effect. And they have much to risk if they cross her. So when the country's secretary of health and human services puts the arm on insurance companies for a donation, how can they say No? She's making them an offer they can't very well refuse. The conflict of interest here is obvious -- or would be to an ethical administration.

The president may be starting to make even his usual admirers in the press corps uneasy, though he'll always be able to count on true believers like Paul Krugman, who's more of an ideologue than economist when he starts writing about politics, often to comic effect. (His latest Agnewism: "Bernanke should brush aside the babbling barons of bubbleism....") The faithful Mr. Krugman is still dismissing this administration's lengthening string of outrages as just "fake scandals."

I can understand. Till the spring of 1974, when Richard Nixon's attorney general, John Mitchell, walked out of the Bronx County Courthouse in New York and admitted he'd been lying all along, I had routinely dismissed Watergate as a fake scandal, too. After that open-air confession, I learned different. Professor Krugman of Princeton and the Keynesian school of economics doesn't have to learn a thing. He's got tenure.

To mollify these suddenly restive types in the media, the administration has tried changing the subject, sweet-talking the press, and promising to support a new shield law for the media, forgetting that this country already has the best shield law in the world. It's called the First Amendment. This proposed new and lesser shield law is no substitute for it. And it's fraught with problems, like trying to differentiate between "real" journalists, who are entitled to protection when they speak out, and mere American citizens who dare do the same.

The White House topped its latest charm offensive by inviting a number of the suits who run prestigious news services to a confab at the White House -- off the record. The AP didn't take the bait, but others did. Which explains why so much of the public believes the American press is too chummy with the politicians it's supposed to cover -- not cover up for.

Pssst. Here's a trade secret if you promise not to tell anybody: The public is right.